Researchers discovered a ceremonial mound belonging to the culture of La Aguada. 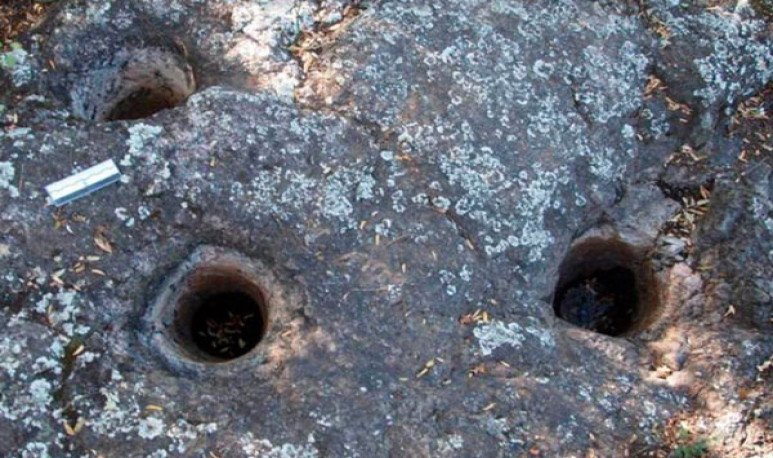 Located in the west of San Fernando del Valle de  Catamarca  is the lost village of Quebrada de Tala.  Visiting it involves taking  a trip into the past, because in these lands a civilization that dominated the lands of La Quebrada more than 1500 years ago inhabited. This archaeological phenomenon is known as  La Aguada  and has an incalculable architectural and cultural richness that every year welcomes tourists, scientists and students eager to discover the legacy of these  primitive inhabitants.

Just a few days before quarantine was declared mandatory throughout Argentina, the Group of Archaeological Studies  (GEA) of the National University of Catamarca (Unca) made a new discovery. This is a  pre-Hispanic mound  unearthed during the pandemic and which, in principle, would have been used to perform ceremonies. The pyramidal structure was found in the vicinity of a real estate enterprise and surprised the researchers because most of the discoveries made correspond to homes, rooms, ceramics, among others.The mound had an area of 4250 meters and was enclosed by stone walls. There were also 20 mortars and hands for grinding.

It should be noted that, during this year, another finding was made in Quillay, an  archaeological  site located in the central area of Catamarca. The excavations allowed to recover 30 foundry furnaces from the 15th century, tools, room enclosures and decorative elements. This will allow you to reconstruct the metallurgical production map for primary copper extraction in the Inca empire. This population, which inhabited Argentina before the Spanish colonization, had its nucleus in Peru, but stretched from southern Colombia to Chile. In our country he occupied the provinces of Salta, Tucumán, Catamarca, Jujuy, La Rioja, San Juan, Santiago del Estero and  Mendoza.

In the footsteps of history

La Aguada is a testimony of immense cultural value for the province of Catamarca. This town has 40 enclosures, side by side, that were built under the same architectural and distribution patterns with stone and clay cake roofs or interwoven branches. For the researchers, its inhabitants lived on an agricultural and livestock economy and, through dams and retaining walls, they knew how to enhance the management of  water resources . Their livestock was based on llama breeding, from which they also obtained meat, hides, fats and tendons. From the wool they obtained the thread with which they probably made fabrics, as well as working the leather and ornamental stones.

One of the biggest attractions La Aguada has for archaeologists is its  ceramics . The types of ceramics that were found present a pottery that could be categorized as “rough”, although statuettes were also found carefully modeled with details and highlighted by paints of different colors. For rituals, pieces of bronze or sometimes gold were made for use by the political or religious elite. Inquiring these pieces allows us to understand the  social and religious organization,  where a significant number of feline figures stand out.

These archaeological ruins were  discovered  by teachers and researchers  at the National University of Catamarca,  which   started an ambitious project that continues being worked.In turn, it functions as an important  tourist attraction  in Catamarca history. At present, the rooms, old workshops and pens used by the Andean village are exhibited for visitors.To enter this space is to begin to unravel what was the domestic life of the ancient inhabitants of the Quebrada.