The team developed a spectroscopic method that exceeds in precision those known so far. 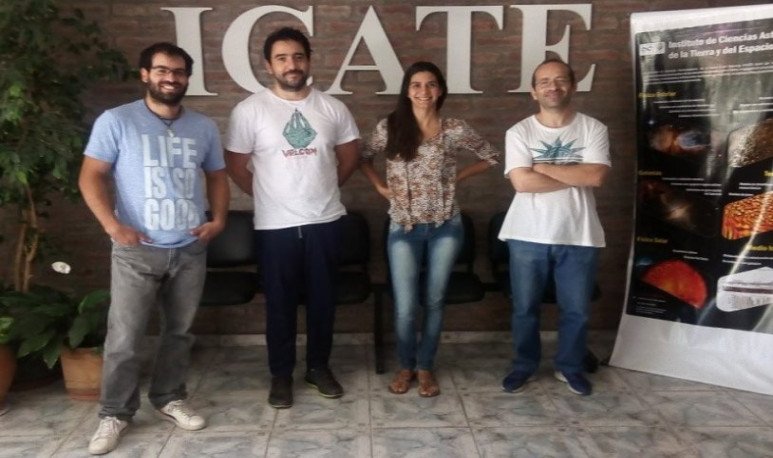 A team from the Institute of Astronomical Sciences of Earth and Space (Icate), of Conicet, achieved maximum accuracy in the measurement of star parameters, a procedure that was published in the specialized journal Astronomy & Astrophysics, the agency reported.
Star parameters play a key role in understanding astrophysical problems and for calculations such as stellar mass and radius, age and detailed chemical composition of stars.
In this sense, the group led by Carlos Saffe, Conicet's assistant researcher at the Icate of the National University of San Juan, made his contribution.
The team developed a spectroscopic, free-source method that exceeds in precision those known so far, which was published in the European specialized journal Astronomy & Astrophysics.
For the determination of fundamental parameters so far what is used is the so-called model scaled to the Sun, that is to say that a simulation of the atmosphere of a star is done and then it is assumed that the chemical composition of that star has a certain ratio of scale or proportion to that of the Sun, explained the Conicet on his website.
“ For example, if I evaluate some chemical elements such as titanium and calcium, and I notice that in the Sun there is twice as much titanium as calcium, then for other stars I suppose they will also keep the same proportion, that is to say they will have twice as much titanium as calcium,” he explained.oacute; Saffe.
In this search for greater precision, the researchers at the Institute set out to do something closer to reality: “We redetermine the chemical pattern to be as close to the true star pattern and with this we recalculate the parameters (iteration)“.
Saffe noted that “the first step in our method is similar to the classic case, starting from a model scaled to the Sun and thus calculate the chemical composition. Then we recalculate everything, but without assuming that the composition of the star is climbing - that is, to scale - to the Sun but we use the true star pattern, using a double iteration.”
Thus, the result of this new model brings scientists closer to one of the greatest challenges of astrophysics. “A more accurate detection of the possible chemical mark of the planetary formation process,” said the professional.
Another feature of the new procedure, which was implemented in the computers of the sanjuanino university institute, is that it is free source, so access will be granted to all those authors who require it.