A Mendoza doctor invented a “smart stretcher” that allows relief teams to move patients without having to touch them. 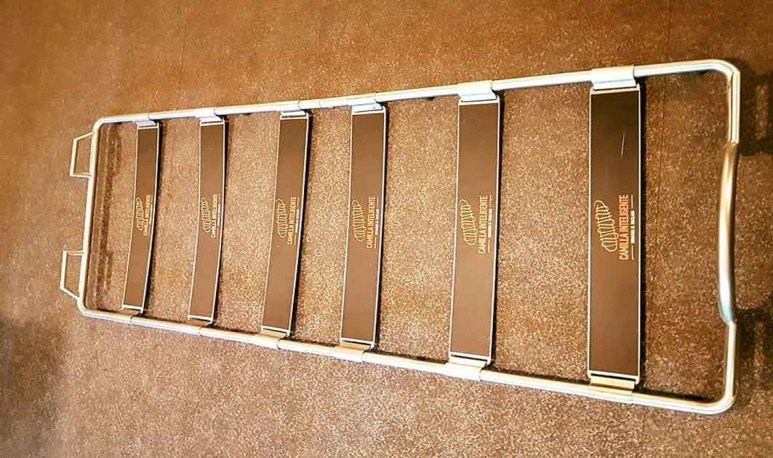 Alejandro Suvire  is an Argentine doctor from the province of  Mendoza who has no problem confessing in public that sometimes it is difficult to do business without getting excited when he talks about his invention, a  “smart stretcher ” that allows relief teams to move patients without having to touch them.

Suvire was in Tel Aviv, along with  its partner, Lucas Saldaña, within the framework of the first edition of   MeetHub , the program promoted by the Embassy of Argentina and the Israel Latin America Chamber of Commerce to promote exchanges between entrepreneurs from the South American country and the Start Up Nation ecosystem.

He arrived here — along with his partner and four other entrepreneurs from two other Argentine startups — to participate in a series of MeetHub programme-led meetings with Israeli mentors, entrepreneurs and officials.

“ These days of work and meetings in Israel represent a before and after for our company ,” Suvire said.

According to Suvire,  there are no “other devices of the characteristics” of the “smart stretcher” in the world. The Argentine  doctor  said the project emerged as a “human need” to provide relief teams with innovative equipment  that leaves aside the traditional way of transporting injured.

Helping the human being

“My idea is to help the human being,” Suvire said. “Already several mentors in Israel have marked me that it is not so good to talk from emotion, but I can't stop doing it because, being a doctor, I prepared for that,” to assist people with health problems in the most humane way possible, he said.

The “smart stretcher,” he explained,  serves “to help relieve the pain of people, a injured person, a football player, a soldier hit by an explosion or a shot, a burned, a pregnant woman”,  avoiding the use of traditional stretchers.

“Nowadays sheets are still being used around the world to transfer a person,” protests the Mendoza doctor. “Follow the same concept, two sticks and a canvas. With the smart stretcher we want to break that paradigm:  medicine is moving so fast, but we keep moving people on a sheet ,” he said.

What is the innovation of your stretcher?

It's a stretcher that is capable of  moving a person without touching it, in less than a minute.  The device has a rectangular base and a series of slats that slide through certain anatomical points below an injured or injured person who needs the transfer, either to the ambulance or to other means of rescue such as a helicopter or a sanitary plane. The person is not touched, injuries are not aggravated or new ones are provoked. At this very moment a transfer is happening somewhere in the world and if not on a sheet it is on a rigid rescue board.

How is it designed?

Our development has a damping system for each point, the frame is made of stainless steel, and carbon fiber slats , which measure three millimeters each and have above a hypoallergenic resin, allowing you to work safely with people who are bleeding or with exposed fractures.

What is your expectation for this visit to Tel Aviv?

— Here we came to see how the innovation ecosystem works, how we work as a team, to see what we can learn as Argentines who live in a developing country and that still has differences with the most developed world. In Israel we feel at home, in the midst of an ecosystem that is constantly and overwhelming flourishing.