A Moron School in the NASA Magnifying Glass

Students and teachers from a school in Morón developed an application that aroused the interest of NASA. What is it about? 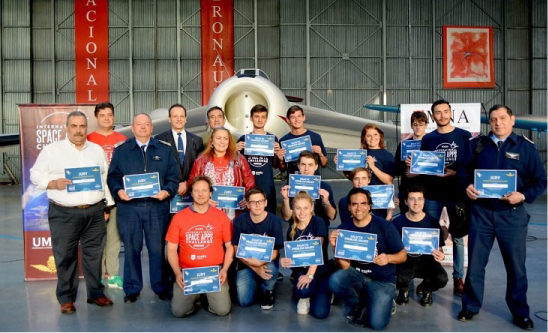 Argentines get tired of saying that if we want we can, that  our country's human resources are of enormous value  (largely thanks to the free secondary and university education, which thanks to the struggle of those who make up the system always manages  to avoid privatizing attacks of neoliberal governments ), which is in our hands to move towards a better future.  And students and teachers at a school in Moron (and  NASA ) seem to confirm these claims .

The research, the result of the work of the members of the educational community of the   National Civil Aviation Institute  , has to do with the proliferation of algae. The specific product is an app, which after going through several intermediate steps, will compete worldwide in the  International Space Applications Challenge , organized by the prestigious US space agency.

What is the application that interests NASA?

The application, named “Alquid”, already has the support of monsters such as  IBM, CISCO and Telecom . Thanks to the huge database it manages and the search engine and organization of that information, it can predict  where, when and at what speed “algal bloom”, biological phenomena that seriously affect marine life, will be formed . The good thing about the application is that the database is  collaborative : users take a photo that is saved and tagued by the system (which then, in addition, will cross data with  NASA  itself and the  National Weather Service  ). The recognition that brought them to this final instance has to do with the  “good use of data” .

The participating students are (because it is good that everyone knows their names, the least we can do to encourage them to continue working) Tiago Romanelli, Santiago Noya, Juan Pais, Priscila López, Mateo Battilana, Damián Ponce and Gastón Rodriguez. The teachers who formed the team and guided the students are Facundo Serrano, Gabriel Casas and Alejandro da Costa. In addition, as an external advisor, the Air Force Volunteer Alina Mercado worked.

The finalists will be announced in December. Cross your fingers. And to refinance research related to Science and Technology, because in order for human resources to bear the fruits we all expect,  it is necessary that they can have a decent life .

Bonefit: innovation at the service of health

The Argentinian designer who works with yerba mate

Chaco in Networks, Technology and Education