Home Argentine Knowledge A key piece of a cultural puzzle

A few days ago, a group of workers from the Correntine city of Isla Apipé became guardians of history. 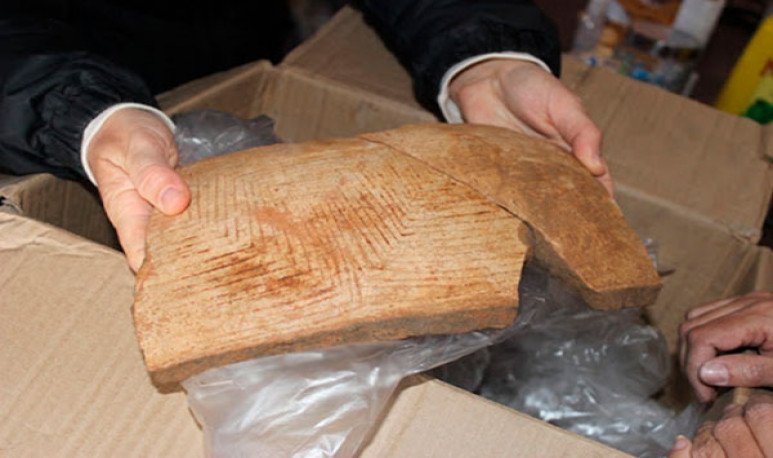 For those who do not know,  Apipé Island corresponds to the  Argentine  Republic in the province of  Corrientes . This is located in front of the city of Ituzaingó  and is the closest point to the Yacyretá dam. It is a quiet place, with few inhabitants.  Therefore, it is not difficult to imagine the amazement of the  workers who rose one day to go to work and  made history . It all started when they attended the  expansion of the village hospital  and, when they  removed the land  as a usual step,  they perceived  something rare. They were  the remains of large vases and lithic material that would correspond to ancient inhabitants . Noticing it, they guarded the find as if it were  gold .

Respect and contribution to tradition

Immediately, the municipal authorities were notified that they ran  for protection and registration . There,  elements decorated with paintings,   corrugated and unguiculate  were verified that, by their style, would belong to the  Guaraní community  . As for the  antiquity  of archaeological materials, it is assumed that it could reach  2000 years  . This is because it is a date when it is known with certainty that this population arrived in Correntine  lands  . It was also reported that its usefulness would be to be part of funeral ballot boxes . However, they did not find on site other indicators to corroborate it. In this way, they explained that it was now necessary to carry out a deep investigation in the place of the fact.

Under this line, the space of discovery was delimited so that the procedure is respected. In addition, the construction site will progress more slowly to avoid further damage to any remaining remains on the ground. In this regard,  they stressed the responsibility of workers to make objects visible and slow down in time . From now on, the  remains  will be in charge of the  quartermaster of Isla Apipé  for  preservation  .

Corrientes and its liaison with the indigenous peoples

The province of  Corrientes  covers the region that the Guaraní called  Taragüí   .  They were supposed to arrive in the area following the river courses, in the middle of the first  millennium BC.  C. Then, they established themselves forming  seminomadic communities  along the coast of the Paraná River, which would last until  colonial times  . During the settlement, they maintained hostile relations with other inhabitants, such as the  charrúas . The latter subsequently gave rise to the province of Entre Rios and the Eastern Republic of Uruguay.

With the arrival of the Spaniards, Guarani life  was profoundly altered  and beliefs had to be abandoned or mixed with  Christian  ones. Thereafter, the conquistadors  transmitted images and practices , which were assimilated by the natives without their disappearing. Accordingly,  it gave rise to a rich range of myths and legends  that remain to  this day  .

The material discovered in Apipé Island  is not the first  to appear in the Ituzaingó area or its surroundings. In fact, findings of the same type were previously recorded when archaeological impact studies were carried out by the construction of Yacyretá. Because of the importance of these events, the provincial state acceded to  Law No. 25,743 on the Protection of Archaeological and Paleontological Heritage . Thus,  registration  is made  of all sites and collections  that may appear in special or particular circumstances. Other probabilities are the extraordinary downspouts of the river, or some private or public work in the removal of land.