Within the framework of the 8M, we recognize the scientific work done by Cordovan women throughout history. 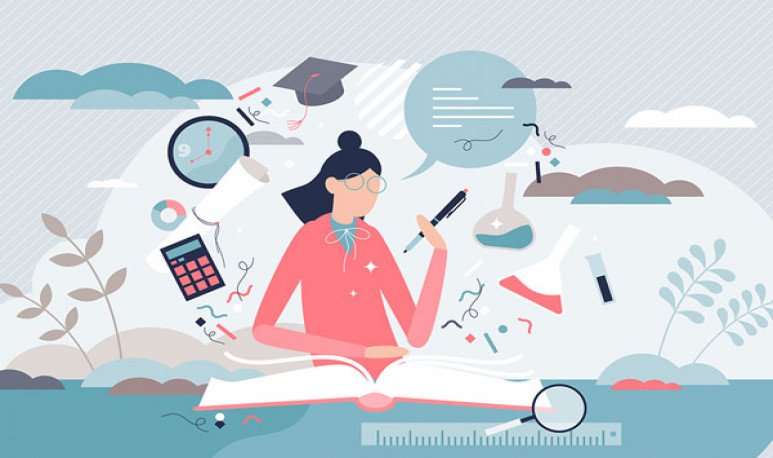 Science, like history, was historically written and developed by men.  Designed, planned and managed by only one half of the world's population.  While domestic chores  and care were exclusively the obligation of women, science and politics were consolidated as the space par excellence of the masculine gender. It was not  until relatively recently,  that universities and educational institutions began to open their doors to the “second sex” as he would call it, ironically, Simone de Beauvoir. Without going any further, an illustrative example of  inequality in education is that of the National University of Córdoba ,  one of the oldest in Latin America . In this university that has four centuries of history and life,  women have earned a real place only 70 years ago.

Only in 1884, Angela Sertini de Camponovo was discharged as midwife: the first academic woman in the province.   Even in the most revolutionary times of extension of rights and student struggle, such as the era of  university reform,  women were still relegated. They could not choose any career: the formations that were allowed were those  linked to the care of each other.   For example,  nursing, medicine and especially specializations in births.  That is, professions that would continue to perpetuate  domesticity even within the workplace . Since they were caring tasks and did not move far from the mandates around the role of women in society. Even, in order to enter and join  as university students , women  had to take a mental health test and demonstrate their intellectual abilities.  Something that, of course, should not prove to the men who presented themselves to the institution.

The title as an accessory

Another of the realities that  women graduated  from the National Universities as health professionals lived was  the lack of employment.   Many times, his titles remained as decoration of the house. This is the case of  Margarita Zatzkin, first graduate of medicine at the National University of Córdoba, as well as pharmaceutical.  Who was never allowed to practice her profession.  Because social demands  established that she has children and be a housewife.

But there was always resistance,  thirst for knowledge and strength to get more and more rights.   And with the passage of time, more and more women revolutionize the world of research and  develop prolific academic lives . Therefore, on a day like 8M it is necessary to remember that, even though a lot of time has passed for  women's inclusion in the scientific-academic sphere,  it may not have been enough. Above all, it is essential to  recognize the work of scientists who broke social barriers, ancestral mandates and cultural stereotypes  in order to exercise their professions with total vocation and dedication.  This is the case of these Cordovan professionals  who, among many others, stood out for their particular contributions to science.

Like the story of the Inga. Aeronautics  Sabrina Tantera.    She is currently head of the work team of the Laboratory for Integration and Mechanical Testing of New Generation Spacecraft (Veng). An internationally famous project that is already paying off. Veng is a Cordovan company  that plays a key role  in the development and manufacture of the Argentine Microwave Observation Satellite (Saocom), by the National Commission for Space Activities (Conae) ).

Or Dr. Beatriz Caputto, who became  the first woman President of  the National Academy  of Sciences  in the 150-year history of the ANC.

Or Carolina Scotto who was the first woman to practice as rector of Universidad Nacional de Córdoba.

Or... thousands more personalities who made their way into the world of science to claim our right to be and grow as women.   In this 8M, we need no more gifts than the own rights that we ourselves were conquering. Applause for them!