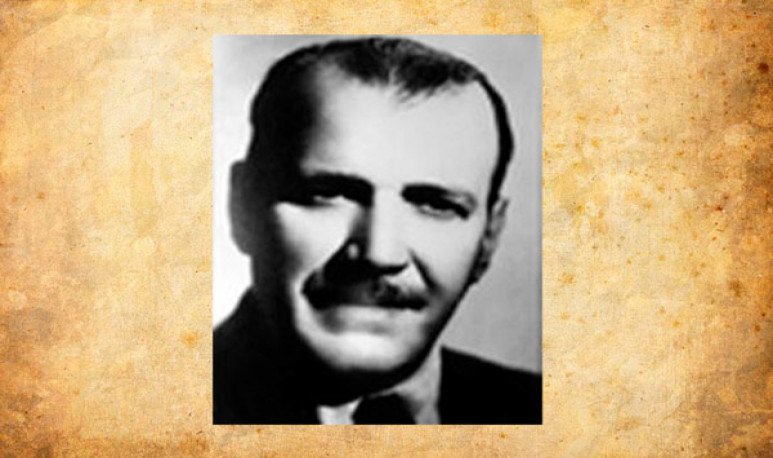 On 16 June 1945, 319 employers entities headed by the Stock Exchange unveiled the “Manifesto of the Living Forces” in opposition to the social policy of the military regime. And they asked for a head, that of the Secretary of Labor and Welfare,  Colonel Juan Perón . In successive days, one of the currents of  the General Confederation of Labour  begins to organize pronouncements by all federations, unions and guilds in the country, in “defense of the improvements obtained by workers through the Ministry of Labour and SecurityThere was a meeting on July 12 organized by the Union Unity Commission, a liaison table of the two CGT, USA — Union of Argentine Trade Union- and communist guilds, with a keynote speaker, the  future Minister of the Interior of Peron, trade unionist Angel Borlenghi , “we are not agree that it is spoken in our name - Peron?-; let's talk for ourselves. And we ourselves have decided that the Argentine trade union movement, standing at the level of the most advanced in the world, will gravitate in the solution of the political, economic and institutional problems of the Republic and will gravitate with absolute independence” the strongest of CGT No. 2, when the workers were divided between those close to the party structures and others that kept a distance, expressed a whole trade unionism that in the mid-1940s had unprecedented power in the political arena. This was to be accelerated at the beginning of October with Law 23852, which gives legal tools to professional associations, and establishes the “right of trade organizations to participate in political activities on a circumstantial basis, provided that a general assembly or congress decides to do so. Only in the event that the professional association decides on permanent and continuous participation in political activity shall it also comply with the laws, decrees and regulations governing political parties”   17 October 194 , 5  and the future Labour Party that would take Peron to Casa Rosada, was paved.

The alliance established by old and new trade unionists, older who came from socialism, or from the old trade unionism of the thirties, is the ideological substrate from which the corporate nationalism of the justicialist state flows (1946-1955) .  corporativism as a possible way out of the post-war crisis, in a volatile combo with the Church's doctrine of social justice, the authoritarian ideologies of the 1930s and the statist tendencies such as the American New Deal, its subsequent victory would be virtually inexplicable without the foundations that were woven between workers' organizations at least from the age of twenty. The work of trade unionists acquired relevance in a process of economic upturn, which in the industrial sector had passed in a decade of 38,456 establishments to 86,440, almost full occupation, many workers from the Interior employed in industrial cords, by 1947 had arrived 1,348.000 from different corners of the country, and, opposite, there are no wage improvements, or in working conditions. Successive failure of radicals, military, socialists and conservatives, a sample: a survey in 1940 showed that 60 percent of the working class lived in one piece, the whole family. An average worker's salary was around 100 pesos, even less, same nominal value from 1930 to 1943, and a liter of oil cost 8.50 pesos.

It is not surprising then that the trade unionists were tired of “having for years and years deceived the backward hunger with songs about freedom”, would say a textile leader, and went into direct action. The National Directorate of Labor, a decorative body still started in the mandates of the nine hundred, the ideology of the worker as “red subversive” (sic) —when the influence of the anarchists of the FORA had been silenced twenty years ago-, and during  the presidency of Castillo , denounced the “scandalous situation of workers”, echoing the   Bialet Massé   of 1904. Perón  was not the first to look at the workers from above, but he was the first to combine all the discourses of forgotten rights, and the burdened faces, into a single matrix, the social matrix. Also vital is this symbolic question unfolded in the narrative, and reinforced by concrete facts such as a novel share of the salary of 50% in the national income between 1946-1952 and which was adjusted in the second period towards the down-, because Peronism formed more identities in the squares and mobilizations than in factories. And he left the holy grail that would explain his reign in Argentine politics until today. It will continue.

Give the charge to crazy Perón

It seems that  de facto President Ramirez  said three months after the 1943 coup. In 45 days I was no longer the inoperative National Directorate of Labour, but with  Perón  it became the very powerful Ministry of Labor and Providence that covered from the National Fund of Postal Savings to the Honorary Commission for Indian Reduction (sic); ranged from the health and welfare of workers to many financial areas of the State.  Perón  created a social-oriented super ministry, perhaps the first that Argentines knew, long before the economy superministers. The future justicialist leader there surrounded himself with  the best of labor thinking,  “endowed with a rare mental receptivity  ,” said Supreme Court Minister Carlos Fayt , in 1967- he immediately understood what his advisors explained to him and had the right to let him do, signing the decrees they drew up and which were based on concrete union requests. During this period, which was of crucial importance for the development of social legislation and key to the acquisition of the labour movement,  Perón  followed little less than the letter the suggestions of his advisers, repeating the concepts and ideas they provided in their speeches to the delegations that visited him, or at the events he attended,” transcribed Carlos Piñeiro Iñíguez. The Catalan  José Figuerola , who from the Statistics Department would make the first comprehensive surveys of the social and industrial issue, the railway leader  Juan Bramuglia , of socialist and anarchist origins, a true father of legislation Argentinian social and exceptional foreign minister, another socialist,  Dr. Eduardo Stafforini , who invented the term “justicialist”, the aforementioned  Borlenghi , among other leftist men and trade unionists born between 1898 and 1918, are the multiple heads that converge in the world.in the Post-War National Council, the  think tank  devised by Peronist Argentina — and still beats.And in this workerist panorama,  José María Freire (1901-1962) emerged without strident,  a leader who, as a child, worked blowing glass in the Conurbano. Poor origins, sacrificed, that he would never forget as a civil servant and that would make  Perón  give him the space that catapulted him — with the endorsement of  Evita .  And he was the union leader who most accompanied him during his two historic presidencies. No more, no less.

This is how  Perón  defined this fighter who came from a large family in the South of Buenos Aires and who organized the Union of Glass and Allied Industry (SOIVA) weaving alliances with the old union guard, the socialists and, much later,  Colonel Perón. . When he assumed the super secretary he had a solid background in the social struggle obtained in the factories and in the streets “I have always thought, that when the President of the Nation conferred on me the position of Secretary of Labor and Welfare, he did not take in view of my conditions, which are modest, but chose a worker who, throughout his union performance, not only raised the conflict, but at the same time brought the solution in a peaceful and calm manner”, quotes Maria Paula Luciani, and extends with another speech to the bakers of the national official, “in the labor movement, there is no need for great intelligences, but honesty and righteousness in the proceedings” From the state level of welfare and safety of the world of work, elevated to ministry by the justicialist constitution of 1949,  Freire  represents “social mysticism” in his figure better than anyone, and tries to give flesh to progressive social legislation. Thousands of hours of speeches and tours in delegations of the country where he said, “I must confess that if  General Perón had not arrived on  the political scene of our country, I would not have reached the position that I currently hold, nor would the workers have enjoyed the welfare that today , in spite of the opposite that may be said,” he emphasized at one time that the Peronist government began to close lines in 1951.Objectively anyway it was very true, both he and the workers had improved, in the democratization of welfare.

“I have become a minister because of life circumstances but I am always a worker. I live in the same house, I have not become dizzy and I would like all the men who come to a post, do their duty... they have offered me some businesses, set up factories with others, etc. But I have not accepted because the workers could say that I am a new bourgeois... I live under the same regime dométhan when he was a glass worker. I wanted to set an example to the workers so that everyone can fight,” said  Minister Freire , in one of the few speeches that are kept in archives due to the savage de-peronization of the self-styled Argentine Revolution, which did not distinguish good or bad. The same regime that boasted about the arrival of technocrats into the state. And that he discarded the knowledge of the workers in order to legislate their own lives. In the big story will be  José María Freire  who personally trained his employees, “daily it is necessary to face difficult situations created by the novelty of the present problem, the imminent conflict, the disintellect of parties... the training of the staff who understands all these matters is forged to the extent with which the things they have to attend to. Thus, in the Ministry of Labour it was going with a method in action,” he concluded by projecting a dynamic, efficient, simple and direct modern State with a human face, which Argentines once seem to have had. And that we lost.