Over the past few decades, historians have been changing the way we understand our past and present. And future. Meet them. 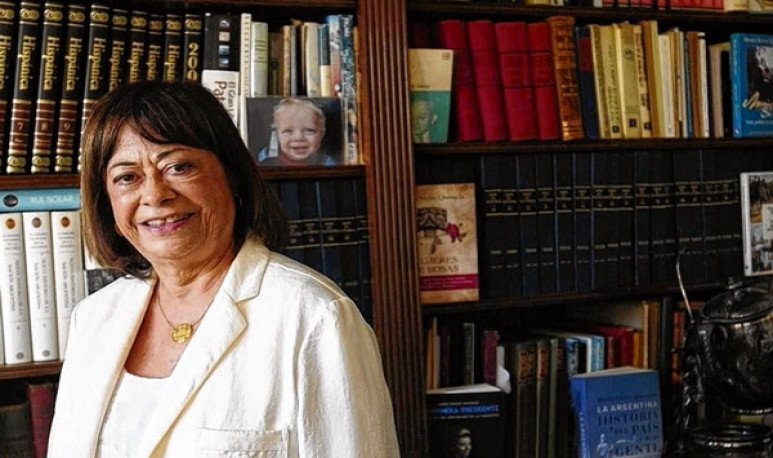 Like so many other fields,  Argentine history  was forbidded for  women  since its origins with Carlos Calvo, Pedro de Angelis and Uruguayan Andrés Lamas. From the first litters there are no names of women, leaving   Juana Manso   's pioneering work in his  Compendium of History of the United Provinces Del Río de la Plata  as a a notable precursor of historical dissemination in schools. Even the new air of historical revisionism, with Adolfo Saldías at the head, will not include contributions from women, in the same years that anarchists in their newspapers debated a bronze and masculine story. Only by the sixties and seventies of the last century, through access to university and scientific institutes, women begin the path of visibility of their eyes and thoughts.

However, it will be only in the 1990s that historians will have a concrete weight in the discussion and clarification of the past.  Dora Barrancos, Hilda Sábato, Mabel Bellucci, Maria del Carmen Feijó and Mirta Zaida Lobato , among others, promoted an alternative focused on the — bad calls — minorities.  For the first time, history began less to repeat by heart battles and gestures, marble presidencies, and more to portray people, or silenced collectives like women. All of them — and they —  in their everyday joys and defeats that built a country's lifeiacute; s.

Among the historians who disrupted the lens is undoubtedly María Saenz Quesada . Alma teacher, researcher trained at the academy and, also, along with  Félix Luna in the signera Todo es Historia ,  Sáenz Quesada explored topics that were outside the school orbit such as women of the first decades of Independence, or estancieros during the nineteenth century. With this off-center orientation he faced one of the classics of  Argentine history,    Argentina. History of the country and its people  , edited by Sudamericana, which has several editions, and one updated in 2011. This work starts from a novel beginning: not from the Viceroyalty of the Rio de la Plata, but from the “denied root”,  the aboriginal civilizations  prior to the Spanish Conquest. “In order to understand the current country, in its multiple ethnic origins and its cultural complexity, it is necessary to go back to pre-Columbian society and consider the process of miscegenation that followed the dramatic encounter of indigenous and spanish, still visible today on the faces and in the traditions of many Argentines”, emphasizes the historian in the first pages.

Throughout the book there are few topics addressed such as the first Creole government with Hernandarias, the African heritage, a new look at the so-called infamous decade and the so-called Neoperonism of Menem, among others. Towards the end he notes a hopeful  Sáenz Quesada: “The twenty-first century is then presented as a scenario where the evolution of national society in the universal set is a sum of challenges. With  democracy  on track, it is now a question of returning to a more egalitarian, more equitable and also more serious society, where justice deserves full respect and where those who take care of the public and those who choose it through the vote do not go different paths.”His latest works revolve around the figure of  Isabel Martínez de Perón and the coup of 1943 .

Among the historians who began to win spaces in the media appears first  Ema Cibotti . Since the late eighties the  historian  has participated as a guest or columnist on radio and television programs. In  Cibotti  they combine conceptual clarity with a management of unpublished sources, which reveal unknown aspects of heroes and circumstances. Through his books published in Aguilar, the latest Minor  Historias de nuestra historia (2011), he narrates in a simple way both the daily life of Buenos Aires in 1810 and the swings of the country of immigration — and its resistance. One of his passions is the study of  tango as cultural and social history of Argentines, a task he developed intensively with his students as director at the  Centro Educativo del Tango in Buenos Aires.  His latest work published by Vuelta a la Página,  Mourning at the Guardia Nueva. When Buenos Aires cried to Gardel (2016), it is an revealing essay about  censorship of  our national singer for the Church, represented by the influential Monsignor Gustavo Franceschi. In this confrontation there were issues that have not yet been resolved in the  Argentine drama, as  Cibotti points out, which are “the representation of the people and the popular both for politics and culture. (Julio) De Caro had warned — in his defense of  Gardel — that what was at stake was who best interpreted the emotion of the majority. It is not less than, in the midst of the mourning of the Guardia Nueva, the most innovative musician responded quickly, with all his senses well alert. Punishing  Gardel  was a way of punishing tango and devaluing all its social significance. And it was also not a subtle way to criticize the central place that the cantor himself had given to  women ” Buenos Aires, Argentina, 1936, a cultural and political dispute reappears in the historic national crack, amid the massive wake of the  Zorzal Creole.

Among the researchers who make the most of the period between the  first national governments , and the fall of  Rosas , we find Rosarina  Marcela Ternavasio . A PhD in History and researcher at Conicet,  Ternavasio  developed an intense task teaching in the school and university field, and which is fairly represented in her  History of Argentina. 1806-1852 (2009) from 21st Century. With abundant use of quotes, sources and images, and a story focused on processes rather than names, an original point of view is exposed on what was forming  Argentina  long before that name existed for its inhabitants. The territorial question, and the slow — and resisted — rise of Buenos Aires over the country, adopt various modulations where different political projects converge to the 1853 Constitution. “The Argentine Republic was therefore born as a project for the future and as a product of negotiation with the past... to give effective shape to the nation was the great challenge of the following decades and to build the State, the most intense task undertaken by the elites leaders of the second half of the nineteenth century”, concludes the historian, whose last book is the reissue of her seminal  Dand the federal organization to the federalization of Buenos Aires: 1821-1880 by Edhasa.

Along with those mentioned, young generations of historians come to revitalize homeland events such as Mendoza  Eugenia Molina  and its valuable texts for a non-centralist history. Without opposing founding fathers such as Mitre or Levene, nor to commune with militant revisionism Jorge Abelardo Ramos, close to the liberal republicanism of a Halperín Donghi, the words of contemporary historians paint the soul of a plural and diverse Argentina, often still denied and persecuted. And they help us recognize that we live in a country always written with the name of m ujer .