Every 23 September the law on women's voting is recalled. Let's go through achievements, defeats and fighters that inspired the Mothers of Plaza de Mayo and the Green Tide. 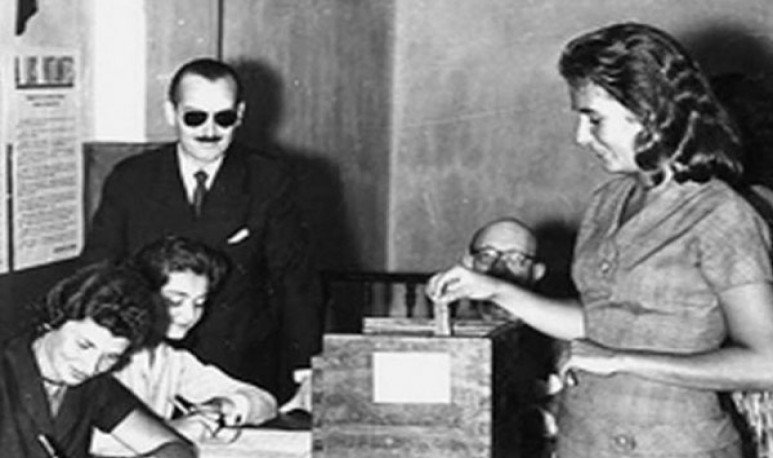 “Better not vote” was the slogan of conservative deputy Reynaldo Pastor in the discussions for the  women's vote  in 1947, promoted by  Eva Perón  and  Peronism,  and in continuation of a long struggle of Argentine women. We continue with the Puntano legislator, “I ask the Members when in the middle of the campaign... the woman who cares for the little ones, contributes to tasks she can perform such as giving water to her little herd, preparing food for everyone, taking care of her boys so that they don't run any kind of thing.what do we do when we force the woman to move with her husband a number of leagues to give her vote... what does she do when she cannot move two, three or four days before the election as happens in various parts of the country... all this, abstracting absolute of the physiological phenomena (sic) to which women are subjected, and to which men are not subjected,” he argues at a time that the country was in the process of full urbanization, with the progressive depopulation of rural areas, and public railways covered almost the entire territory.

However, these adverse positions on the female vote were not only among the most reactionary and retrograde sectors “Now we don't want to vote” came out several university women, supported by  Victoria Ocampo  and other intellectuals, who were fighting for the  female vote  but considered it to be another maneuver of Peronism. Thinking about the tree they forgot the forest of conquests and setbacks of Argentine women in politics, started in 1888 with the strike of domestic workers.  Eva Perón  places us in time and space, when the woman was socially at the height of a “minor or an unbalanced” says pioneer researcher in feminist studies, Marcto Carmen Feijoó, “at the doors of the home ends the whole Nation and other laws and other rights begin... the law and the right of man... who is often the master and sometimes also the dictator. The mother is the only worker in the world who knows no salary, no guarantee, no respect, no limit of days, no holidays, no strikes... All this, which we learned from girls, belongs to the sphere of love and the bad thing is that love sometimes disappears soon into the home and becomes forced labor... I don't know how to do it.I have read that in this world the great absentee is love, I say that today's world suffers from a great absence: women,” concludes a revolutionary woman who went unintentionally, and who inspired the  brave Argentine women  of the seventies and the two thousand, too.

In the November 11, 1951 elections nearly one million women elected twenty-four deputies and seven senators, and no other American country from Alaska to Tierra del Fuego has as much female legislative representation. And it has an enormous influence in Latin America for the fight for equality in  civil and political rights . In Chile, Senator Maria de la Cruz tries to move the same momentum, although after two years her colleagues, supported by trans-Andean President Carlos Ibáñez del Campo, who had helped with her Feminist Party, “disqualified” her and removed from office. 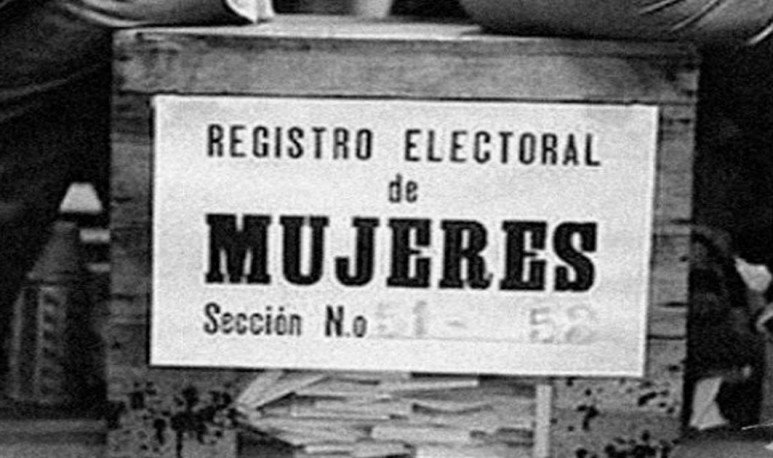 For the enactment of Law 13.010 it was first anarchists, and socialists, who began to strive to improve the conditions of women, locked up between bride and mother, at most the teacher, seamstress or worker, and in the worst case, the prostitute — in the 1930s there were almost 600 brothels only in Buenos Aires. Although they differed in the final goal, anarchists who wanted to overthrow the patriarchal order, other socialists who aspire to reform it, both tendencies flourished in the new arena of demands in the world of work. Different from the English and American suffragettes, closer to theoretical feminism, the action defined Argentine women, many of them arrived in immigration.  Virginia Bolten , a Uruguayan shoe industry worker in Rosario, is a leading figure in the Rioplatense workers' movement: on May 1, 1890, in Santa Fe Plaza López, she became the first woman speaker in a proletarian demonstration.Between Montevideo and Buenos Aires, this anarchist leader develops an intense campaign for women's rights, is the alma mater of  the Tenants' Strike or Broom Strike of  1907, and ends up being persecuted and expelled by the Argentine government. Argentine feminism was born workerist and combative.

In the field of socialism, the figure of  Dr. Alicia Moreau de Justo stands out,  who in the Centennial advocates “to eliminate prejudices and practices that prevent women from living their lives freely” From the columns of  La Vanguardia  analyzed the role of women along with her Sister Sara and Gabriela Coni, among others. While the main focus was on the development of laws protecting women's labour, and prohibiting children in factories, an agenda that won a partial victory in the Alfredo Palacios law of 1907, equality at the polls was also defended. After the enactment of the Saenz Peña Law, and universal male suffrage, the struggle in the National Feminist Union was reinforced, supported by the socialists of Enrique del Valle Iberlucea. This senator put forward the political emancipation of women in Congress, a proposal that will only come into effect thirty years later.

The most important suffragette antecedent is the National Feminist Party that emerged from the brave action of  Juliet Lenteri Renshaw . Brava for the ridicule and distreatment he suffered from almost the entire political arc. Male. Even the newspapers mocked the “lady” with dedications appearing even in unusual places, such as in the advertising of an “orthopedic belt dedicated to Dr. Lenteri” In a simulation of elections held simultaneously with the nationals of 1920,  candidate Lenteri  launches into the future a platform that includes universal suffrage and civil equality for both sexes, civil equality for legitimate and illegitimate children - adultery was punishable by law -, divorce law, recognition of parenting as employment, equal pay and maternity and pregnancy leave. Several of these points are taken up by the  socialist deputy Mario Bravo  in the egalitarian amendment of the Civil Code of 1926. A year later, municipal elections were held that registered women in San Juan and Mendoza instigated by Lenteri. Military interventions after the 1930 coup nullified both initiatives.

In the so-called Infamous Decade there was an eclipse of the workers' origin by the vote and appears the aristocratic Argentine Association of Female Suffrage, founded by  Victoria Ocampo  and  Maria Rosa Oliver  . To understand the context of some resistances following the vote of women in 1947 we find ourselves, “we will be told that the illiterate man votes, but he already has many years of experience exercising this right, knows the parties, knows which politicians guide the electorate, knows who keep their promises or who fail. Women, by exercising the vote for the first time, can be driven by the enthusiasm of novelty and believe in the possibility of panaceas that are in the imagination of street speakers.” In this defense of qualified vote for women, there is also the fear of mass democracy inaugurated on 17 January. October 1945. The newspaper La Nación, in the editorial for the approval of the Law on Women's Voting in Deputies on September 9, 1947, states that “it has rushed into the enactment of this law” in line with the Federation of University Women, “to make women intervene in the election of the rulers would be unofficial, totally useless and counterproductive” Half a century of feminist emancipatory thought for political equality, of  Juana Rouco Buela and Elvira Rawson , beat on their backs.

For the release of the midwives!

Friar Francisco de Paula Castañeda was a precursor of national satirical journalism with  El Mosquito, Humor, Barcelona  and follow the signatures. With a deep aversion to the Unitarians, and distanced from the Feds, in the first decades of Independence he launched dozens of ephemeral newspapers such as  Doña Marta Patazos  (1821-1823) or  La Matrona Commentadora  (1821-1822). There Castañeda considered men useless and argued that women would “save” the Homeland.In one of the combative articles at the time of his enemy Rivadavia, and with an unbroken, visionary imagination, he referred to a “Congress of Midwives,” and an Entrerrian president who said, “whatever comes out, it was necessary to admit the sovereignty of the people in the century. XIX, and that starting from this principle it was necessary to fix the sovereignty of midwives, both radical and current, both in the executive and executive... so that the two sexes were consistent,” says Ricardo De Titto. As will be understood 200 years ago, it was not about counterponing but about agreeing.