In the early twentieth century, many definitions were minted that identified people born outside the country. The incessant and diverse immigration generated catastrophic confusion in Creoles. 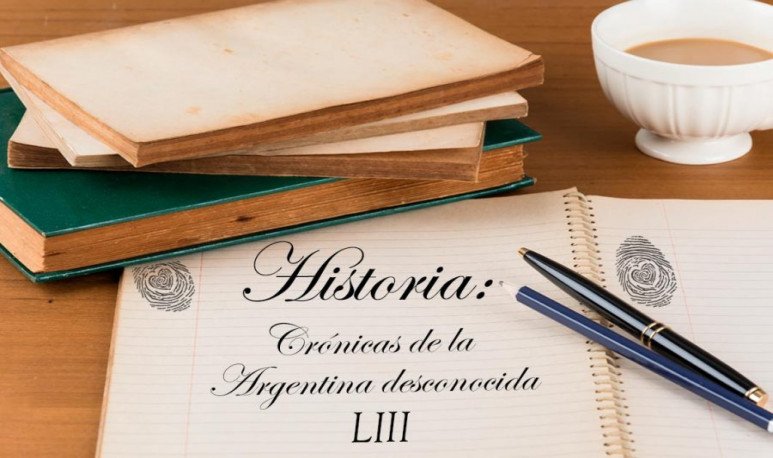 Some of the most absurd notions about historical perception are transmitted  from word to mouth . They tend to be based on misconceptions that at first glance seem superfluous, typical of our  way of speaking . What happens is that many settle in conceptual, grammatical or semantic errors, which end up causing huge disconcerts. Here is one of the most common examples: the case of the “ Turkish ” Gentilician which, almost rude, is often applied as a synonym of “ Arabic ”. What is behind a fact that most Argentines seem so natural to us?

During the last ten years thousands of  tourists  left the Ministro Pistarini International Airport ( Ezeiza ), in order to arrive at an amazing destination: the city of Istanbul . Despite the economic swings of both countries,  Turkey  has become one of the most important destinations for airlines, hotels and tour guides.

The truth is that in the great eastern country, you can not only visit famous  Byzantine  buildings such as  Hagia Sophia  , but also many others of  Ottoman  origin, such as the  Blue Mosque  or the famous  Galata Tower  , located in the old quarter. Traveling through the  Bosphorus , it is also possible to enter the waters that connect the  Mediterranean with the  Black Sea , where  Asia is definitely separated from    Europe . 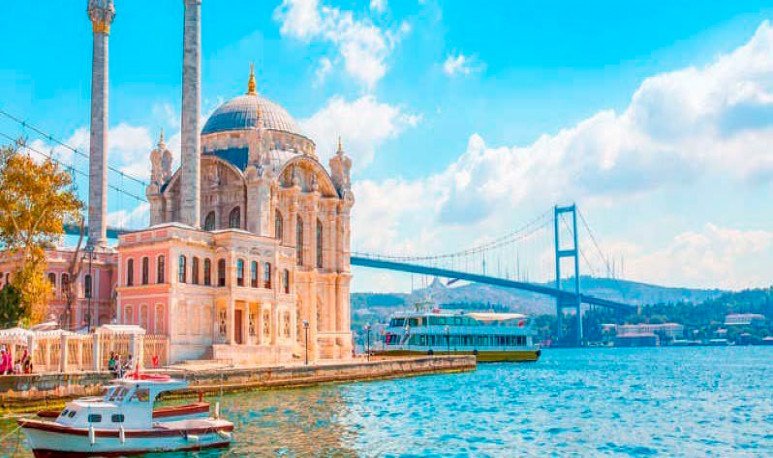 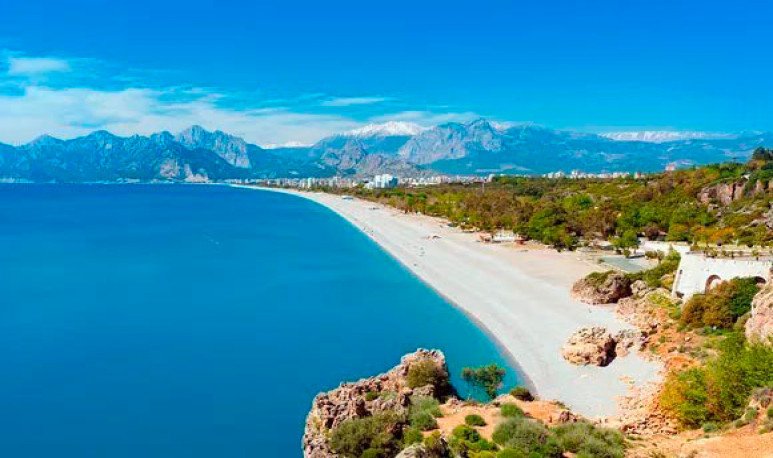 The current guides as well as the classic Greeks have for more than two millennia, that there was a region very to the East which they called  Colchide . There was hiding the  Golden Fleece , not far from  the oldest cities in the world . What more can a country be asked of a country that dared to unite  Europe  and  Asia  by building a bridge across the sea?

However, all the wonders that the tourist of these latitudes pursues, have little to do with “ our   Turk from Floresta  ”. Thanks, in addition, to the so special hobby that the Argentines acquired for  “soap operas set in Istanbul”,  appeared an image of the Middle East that has little and nothing to do with the real immigration that arrived in our country more than a hundred years ago.

The truth is that those lands of the  Bosphorus  and the  Black Sea  were very extensive and their inhabitants had a lot of presence. But everything changed from a fundamental fact:  the Takes of Constantinople  (today called Istanbul),  in the hands of the Turks   in 1453  .

Once it appeared on stage, the  Ottoman Empire  crossed the society of  Islamic countries  from the fifteenth century onwards. So much so that, at one time,  most Arab nations were under their immense power.

It is important to determine at this point that the inhabitants of present-day  Turkey  not only speak a language other than  Arabic  , but that its ethnic components originate in territories which, geographically, are very far from the countries of  Africa  and the  Middle East . 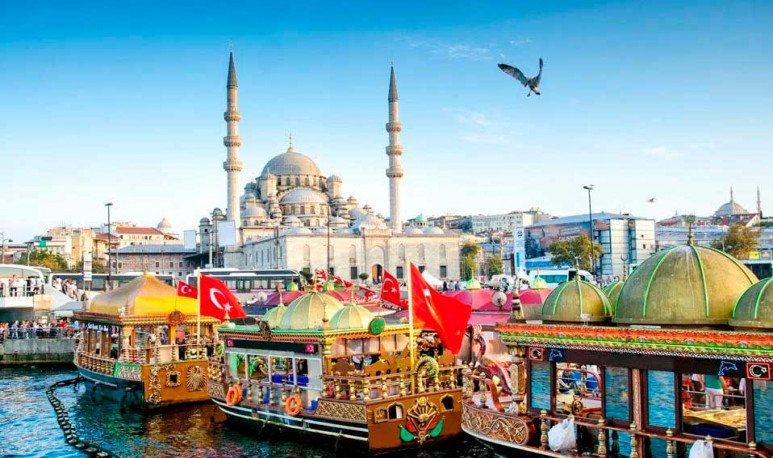 Conquering  Muslims  settled since the  seventh century  throughout the region, was a process that lasted for many years. We have to think that this situation affected the entire  Eastern Mediterranean  until the end of the   First World War   . .  In those days certain agreements with the European powers that lost the conflict caused the  sultans   of Istanbul  to decline. The civil revolution and economic twilight brought to power a revolutionary and modernist movement led by  Mustafa Kemal Ataturk . This outstanding character became the  Prime Minister   of Turkey  in 1921. His past relations with the  Islamic World , subjugated by the  sultans (something like the “ emperors of the Ottomans ”), took new directions, according to the twentieth century.

But this is not the promotion of a travel book, let alone an account of Atatürk's social conquests. Our column today talks about men and women who came across the globe. It has to do with a much more ours reality:  how did the massive influx of foreigners affect  Argentina ?

The phenomenon of immigration, which   was very intense between the last years of the nineteenth century until the middle of the twentieth century,  would have a great deal of social, labour and human aspects, all so important that it is always difficult to cover them completely.

Despite these strong reasons,  grammar  may seem like a little bit. By discarding such prejudice, we must say that language, especially in Buenos Aires, would be deeply affected. The  Port , the neighborhoods of  Once ,  Almagro and  Floresta would suddenly become the plant of many of the most exotic expressions and idioms that are often cited when recreating the disorderly  linguistics  of then.

The bewilderment of people who came from beyond the Balkans, mainly the Arabs who hoped to settle in Argentina, lasts until today.

For this simple reason, we must remember that the word “ Turkish ” in Argentina and other Latin American nations alludes to many of the Arab immigrants who came to these coasts with a passport from the Ottoman Empire .

It arises from such a nickname, “ Turkish ” - a rather debatable relationship. Immigrants from the Arab countries, including  Armenians, Maronites,  and  Sepharadite Jews  , actually  fled the calamities that the empire had unleashed in their former nations .

It follows clearly from this that the  Turkish  and  Arabic  terms are not synonymous.

Returning to the controversy over the  Ottoman passports  that many Syrians and Lebanese brought as documentation, new doubts arise when talking about the  Arab World  , which is so often confused with the  Islamic World  .

It took a long time, after the  First Great War , the modern cartographic conformation of the  Middle East . However, the majority religious practice, which both between  Turks  and  Arabs  turns out to be the same, can confuse us.

When defining both groups, the etymology of the word  Arabic  should not be applied as a theological reference, because it refers to those who speak this  language  and not strictly who practise a religion.

The intringulis is still a cultural issue. Following its extensive chronology, we can see that in today's  Arab World  , as in the past, precisely Arabic languages are spoken, in any of its regionalisms and jargons, making a fundamental difference with the  Islamic World  , where the  Muslim religion  is practiced but not always speak Arabic languages.

These components were very low in the times of great local immigration.

For testing, just one button is enough. Let us ask among our acquaintances of Arab origin, who among their grandparents did not arrive from Syria or Lebanon ?

Don Jairo , the one in the sedery.  Don Marón , who inherited his father's butcher's shop.  Doña Fátima  who sells  Burgol wheat  in her traditional spice shop located on   Scalabrini Ortiz    Avenue... All of them will surely remember their ancestors from Damascus  or Beirut  , when those cities were the true treasures of Eastern Mediterranean . 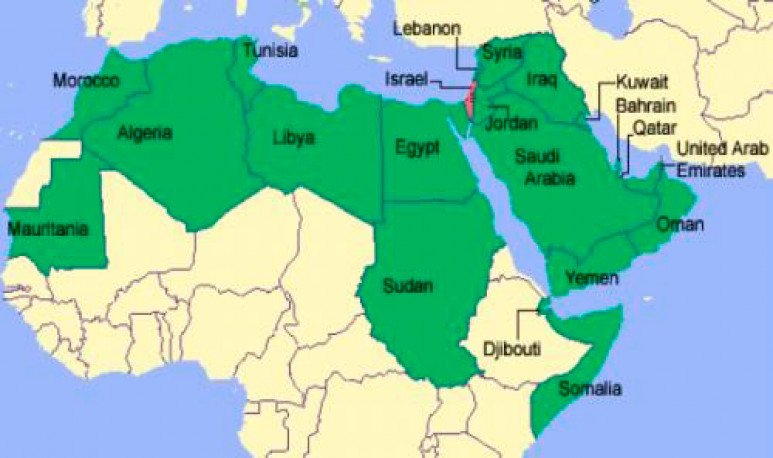