Santa Fe and Paraná are united deep by a subfluvial tunnel that unfolds along the river bearing the same name. 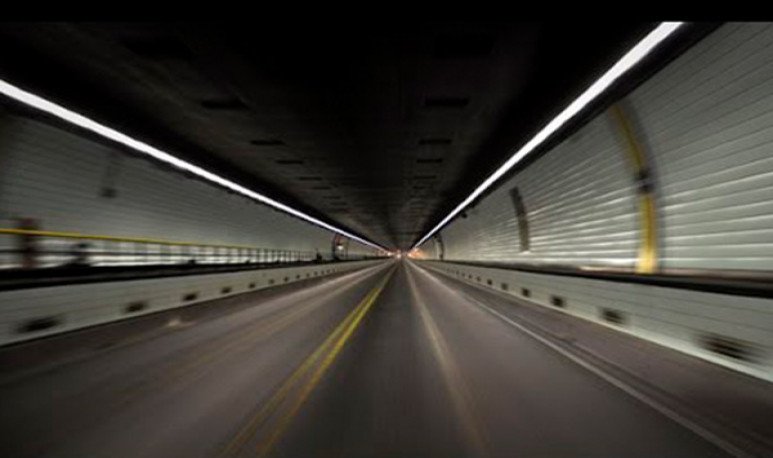 This is the  first road link  that linked Mesopotamia with the rest of Argentina. At the time, it represented quite an   innovation   in works of its kind. The  Subfluvial Tunnel “Uranga-Sylvestre Begnis”   was officially inaugurated on December 13, 1969, after nine years of arduous management and construction. Prior to its creation, crosses used to be made in a raft. Therefore, he not only came to solve communication between the two provinces, but also to improve many other aspects. Transport, trade and social life benefit from it on a daily basis.

With its  2939 meters in length , it has the advantage of being almost insensitive to loads. In fact, the materials and techniques used in its building were the most advanced during the time. The  assembly consisted of 36 prefabricated concrete pipes weighing 4200 tons. These were 10.80 meters outside diameter and 65.45 meters long. They all came from a dry dock made for that purpose. Once ready, they were moved to the docks and with cranes they sank to the bottom of the river. Through a dredger they were fixed and subsequently assembled. The central for this work was a floating island that came from Holland.

Among its  characteristics , we can mention that the work has a ventilation system and renewal of air by vehicle gases. This consists of 4 fans per headboard. In addition, a closed television system was installed with distributed speakers that allow control of the place. They are distributed throughout the journey to alert drivers to possible traffic problems. In addition, there is a pressure water pipe with outlet taps and hoses every 100 meters due to possible fires.

A whole process towards progress

In the  beginning , it was baptized as the  Hernandarias de Saavedra Tunnel , in tribute to the first governor of the Rio de la Plata during colonialism. However, in 2001 his name took the current form in reference to  Raul Uranga  and  Carlos Sylvestre Begnis  . They, respectively, were the heads of state of Entre Ríos and Santa Fe  responsible for  the realization of this  magnificent project  . To this day, the work is maintained and managed by a bi-provincial body.

The road to its materialization began on 15 June 1960. There, an  interprovincial treaty  was signed establishing its construction and that the costs would be paid equally. In this regard, a Regulatory Commission was established to prepare the rules for international competitive bidding. He also took care of the design of the project and the subsequent commissioning. The whole process depended on both legislatures voting on the relevant laws that would give rise to the beginning of the work.

There were countless events, obstacles and conflicts that unleashed between. There were changes in government, lack of funding and years with construction half done. Finally, the capital was acquired through Nation and a workshop was deployed with more than  two thousand workers  who gave everything. As a result, the arrival of the summer of 1969 brought with it the long-awaited opening.

On December 13 of that year,  the scissors cut the tape  and two towns became  sisters  . De facto president Juan Carlos Onganía and governors Eladio Modesto Vázquez (Santa Fe) and Ricardo Favre (Entre Rios) inaugurated it. Along with the event,  pride  and  celebrations  could be heard at  both ends  of the pond. A manifestation of  history  and the political decision to improve the quality of life of the  people . Would you encourage you to travel for it?