Home Argentine History The teachers of Sarmiento who changed Argentina

Arriving from the United States as a result of the efforts of the procer, teachers were paramount in making public education, compulsory and free. 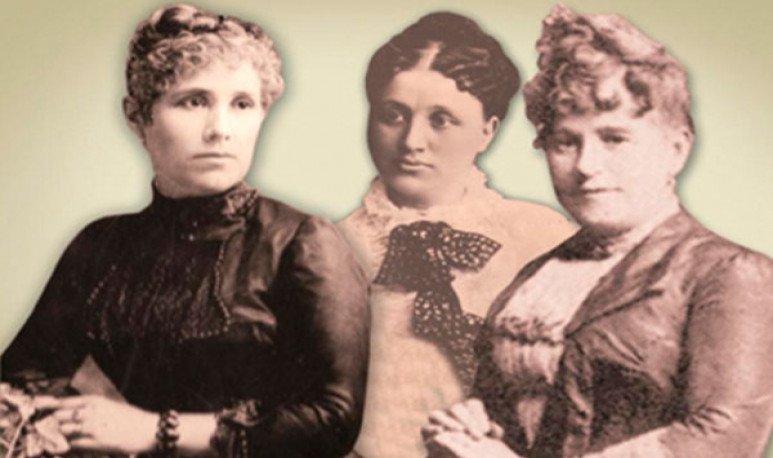 Sarmiento  traveled the world on behalf of the Chilean government. His mission was to know educational systems to teach mostly illiterate peoples. Education was essential in his American project so as not to miss the train of progress. It was 1847. Disenchanted by European education, which he considers to be of excellence, but limited to a few, he reaches the thriving liberal Boston and is dazzled, in particular, by an American society that has more than 3500 schools. All with the doors open, except for the black ones, of course. But what catches the traveler's attention is the independent  girls  who study teaching under the great teacher of the North, Horace Mann: “I created there, next to him, a staff of teachers that I visited with their lady, and where not without astonishment I saw women who paid a pension to study mathematics, chemistry, botany and anatomy, as complementary branches of their education, having to pay for it when they are placed in schools as teachers; and since the wages paid are raised, the business was safe and lucrative for the lenders.” Such an impact has on  Sarmiento,  who had created the first normal school in Chile, who in his fierce mind begins a new madness: to bring a thousand of these teachers to the Argentine pampas.

Horace's wife, Mary, will henceforth be his great accomplice on an impossible mission with Kate Dogget, a Chicago suffragette scientist.A great friend Mary, who also translates  Facundo and  Recuerdos de Provincia into English, and introduces him to the American educational environment. On the return of  Sarmiento  to New England in 1865, already as plenipotentiary minister of the  Argentine Nation  , between them they designed a comprehensive plan that would deploy teachers not only to Buenos Aires, but to all parts of the country, starting with San Juan. There even  Sarmiento, with his knowledge of architecture, carries out plans for the future Sanjuanino normal school along with his curriculum, and a detailed report on the progress in education of Americans. In these writings, imaginary lines are established with the guns of the War against Paraguay, which increase the civilization or barbarism program in the Argentine ruling class: “Our reason is patient but it has its limits,” he says when the three months in Asunción of  Mitre  were years, and Sarmiento  proposes these efficient Bostonian teachers as a model of education to eradicate a “paw to ground” childhood.

Such a vocational desire led to the signing of rigid contracts, probably contrary to their principles of women born in more open societies, and they accepted that they could not wear makeup, drink alcohol in public, wear clothes beyond the heel, or be seen with men or go to an ice cream parlor. And, in some provinces, getting married was synonymous with losing work in a strange land. And in any case these brave teachers, branded as spinster, masonons and atheist, even humiliated as we read, selflessly opened their way in the  Argentine school . Let's name some of them and their destinies: Mary Grahan (1842-1902) was personally chosen by  Sarmiento  to direct the San Juan Normal School, which the Sanjuano had dreamed of in New York, and then did the same in La Plata. Jeanette Stevens (1845-1929) arrived in 1883 to become the beloved “gringa teacher” of the Jujuños coyitas. Mary Morse (1864-1945), one of the youngest, worked almost forty years in Mendoza. New Yorker Annete Haven (1841-1910) was director and teacher of the mixed school in La Rioja for sixteen years.

But there were not always open arms. In the normal school in Cordoba painted: “This is the house of the devil and the door of hell”. The director was Frances Amstrong and her collaborators Frances Wall and Howard. They held four years, between 1884 and 1888, in front of mothers in churches who asked to be thrown out of the city, including Elisa Funes de Juárez Celman, the future first lady, and an enrolment that had increased from 500 to 150 students. Tired, they resigned and were relocated, some, in San Nicolás de los Arroyos. There was a joint normal school with the support of the parish priest to calm the Ladies of Society. Jennie settled in this coastal city north of Buenos Aires, transformed into the Juanita teacher by generations of Argentines, and tells us firsthand: “The remains of  Sarmiento  came along the Paraná river and the community of San Nicolás asked that the ship be classed in the port. The teachers and students of their Normal School, with wreaths, the city authorities, and all accompanied by the village, gathered on the riverside at the expected time - nine o'clock in the evening - to await the arrival of the funeral ship. The offering of the village of San Nicolás was silently deposited around him and the bearers of it looked at the calm face,” Juanita closes her chronicle, which shows in 1888 the great popular sentiment towards   Sarmiento , a madman who many years before had imagined these American teachers teaching among us in a secular and popular school.

The first to arrive was Mary Gorman in 1869. Born in 1844, the daughter of a Baptist cleric, she had graduated with honors in Wisconsin. Enthused by Mary Mann with the Sarmiento project to impart knowledge in distant Argentina and with the support of the national state, she is the first elected by  then-President  Sarmiento   to be the principal of her longed for normal school in  San Juan . But it comes at a bad time, with provinces revolted by the endless War of the Triple Alliance and  Urquiza  killed. Mary refuses to make a fortnight trip to land where no one guaranteed her anything, advised by foreigners in Buenos Aires, and by  Juana Manso , who ended up being a great friend. Sarmiento is very angry with Gorman and accuses her, moreover, of discouraging young American teachers who arrived at the port of Buenos Aires. However, he assigns him the direction of School No. 12 in Buenos Aires, at the behest of his minister  Nicolás Avellaneda , who recognizes his skills as a great teacher  . However, the months of 1870 pass and he is not paid what he promised in the contract. A resigned Manso wrote as an apology to Mary Mann, who receives her compatriot's bitter complaints against an Argentine State that does not keep her word: “They told me the reasons (...), first, they didn't pay her for being a gringa; second, that this gringa is the eyes of Juana Manso, that woman who is a reproach of the country.in the Council of Public Instruction”. Two women educating too much for the liberal Buenos Aires. To support herself, with the help of some American colleagues, and Manso herself, she set up the country's first kindergarten, but soon her fiancé John Bean, a victim of the yellow fever epidemic, died and decided to abandon teaching forever. A few years later she marries an English rancher, who owns large areas in the vicinity of Bahia Blanca, and ends her days as another aristocrat in Buenos Aires in 1924.

An institution full of history