A pioneer of Argentine journalism and fantasy, her controversial writings return in the years of the green tide. 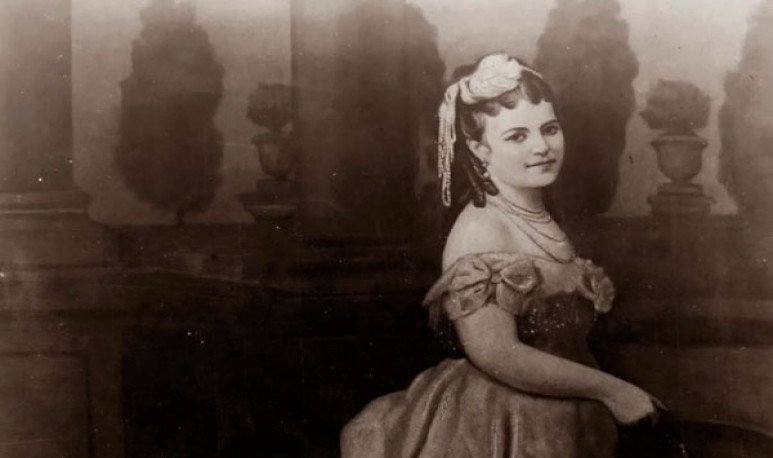 Few  Argentine women  had the intense life of  Eduarda Mansilla  in the century of Independence and the Constitution. Niece of  Juan Manuel de Rosas , sister of  Lucio V. Mansilla, a course for the United States and Europe together with a diplomatic husband gave him the touch with the best of culture on both continents. But it was the transgressive interests of a porteña aristocrat, opposing patriarchy, that outlined her as a precursor voice for the  Victoria Ocampo style elite cultured women. A transgression that did not abandon the domestic, the role of mother of the family, “the specific kingdom of women”, clarifies, and, anyway, presents a light that illuminates the 21st century. “The family, as it exists today, must, in my mind, go through great changes, which will direct and direct the spirit of future legislators, to cut this modern Gordian knot,” he writes in his “Memories of the Journey” (1882), where one of the first chronicles of the   The United States  from the Argentine perspective, in times of the Civil War and the society mercantilised at the end of the canyon, and that they are opposed to the optimistic vision of the Sarmiento of those same years who wrote Marvellado Mitre by a “stage of progress that puts us on the route of the   United States ”.

That voice had been raised with the brave women of patriotic struggles and Rosist federalism, such as the  Azurduy or Ezcurra , and they are those sisters who in their works will be immortalized, revalued. In his first success “El médico de San Luis” (1860), at just 22 years old, he wrote: “In the  Argentine Republic   women  are generally much superior to  men ... Women have the remarkable speed of understanding and above all an extraordinary ease to assimilate, if it can be said, everything good, everything new they see or hear. From here comes the singular influence of women, in all occasions and circumstances,” he ends in a book widely read in North America at the time.

And not only women are highlighted in Eduarda's novels, but also other groups denostated by the parents of the National Organization. A few years later, already installed in Paris, he published a remarkable phenomenon in French, praised by the author of “Los miserables”, Victor Hugo, “Pablo ou la vie dans les pampas” (1869). There he faces the sarmiental ideology crystallized in fatal civilization versus barbarism. This gauchesca novel is based on a harmonious vision, perhaps idyllic, true, between gauchos and patrons, Indians and Creoles. Her heroine Dolores, in addition, is described of great beauty thanks to an indigenous lineage, something unusual for a well-thinking (and white) society. Previously, the writer had already put in the mouth of one of her characters, Pascual Benítez, someone who had taken refuge in a canopy, unjustly persecuted: “Lord, the Indians are not so bad, they steal but because of hunger and never kill but out of necessity. Those who make them bad are the Christians who leave among themselves. There were some like me there, and from day one they put me a bad face, looking for a lawsuit for everything.”

Around 1870 began an intense activity in the national press in  Alba , a pioneer of women's magazines,  El Plata Ilustrado and  El Nacional , with articles on fashions and customs, sometimes under the pseudonyms of Eduardo or Alvar. In Buenos Aires its famous “Lojas Sueltas” were read with great interest in their extensive knowledge of arts and culture, along with a pen full of fine irony. “These women who seem to live from the air, like our Paraná orchids, eat and drink like Homer's heroes,” she says about the American women. Eduarda, in 1873, went on to write in  La Gaceta Musical some famous columns, where she demonstrated her gifts as a composer perfected together with Rossini, Gounod and Massenet, and which can also be considered the first of Argentine critics.

At the end of the decade he returned definitively to the country to publish his “Cuentos” (1880) in the form of folletín, the first national children's stories book with the intention of “living in the memory of Argentine children”. It also reissues “Creaciones” which, with gloomy atmospheres and hallucinated characters, on the verge of madness, anticipates the Argentine fantasy genre, a Rioplatan tradition with talents of varied aesthetics, from  Horacio Quiroga  to  Angelica Gorodischer  , among many others and others. And in 1881 she made her debut as a theatrical author with “La Marquesa de Altamira” at the Teatro de la Alegría, and at the Opera by the Morelli Company in Italian. He died in 1892 leaving a large literary and journalistic production, part recovered in   Eduarda Mansilla  de García: Complete journalistic writings (1860-1892) by Marina Guidotti, edited by Corregidor.

Another revolution is possible

We were saying the beginning silent revolution.  Mansilla  building the domestic as a refuge, although it may seem to repeat the macho rivets, is not far from her contemporaries like the American poet Emily Dickinson, who valued the home as an intimate terrain for women, where from the spiritual they opposed the hegemonic order. A new family with a woman's face was his revolution. And, moreover, in the case of the  Argentine writer,  from this relative autonomy, to build in each house an active, reflective and educated woman, based on the values of a plural argentinity  and educate future generations in mediation, not confrontation. Eduarda was the most complete and complex  intellectual  in Argentina  in the nineteenth century, in the words of his biographer María Rosa Lojo, and her message of unity awaits a silent reading without prejudices.