Home Argentine History The priest of May 25

Cornelius Saavedra asked that a priest be part of the First Board. However, from the interior of the country came someone unexpected. A priest who, far from the militias, decided to put together the first free newspaper of the Río de la Plata. 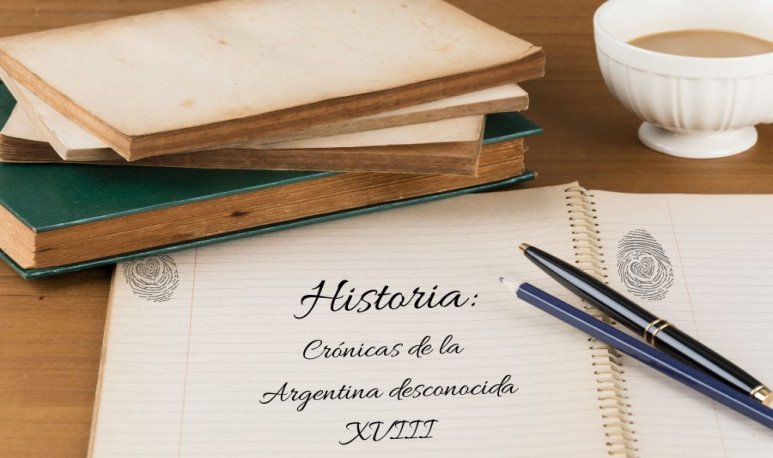 Those who knew him said, that when he arrived at the Uruguay River after the long journey that brought him from Córdoba, Father   Manuel Alberti   was engrossed in his own affairs. Riding on an old horse, with the typical bartles that priests of those days carried on their journeys, he kept thinking about the intimate motives that would for a long time set him away from his spiritual activity.

Despite the doubts he expressed aloud during the first passages of his reading, he soon ended up browsing, with the greed provided by the concern of true intellectuals, page after page the”   Treaty on Tolerance   ” written by Voltaire. His assistant Augusto Morea, he was still riding a gray donkey. Behind them, mulattos carried drawers with books and garments of various origins. As loaded as the horse, occasionally the donkey stopped walking and blazing like asking for help from heaven. I was walking among the stones because apparently he didn't want to go through the mud. The mulattos said that from time to time, Morea had to push the animal because she refused to move forward.

It seems that Father Alberti's assistant and his companions asked the priest to rest on many occasions. Even at the end of each day Morea had become so accustomed to complaining that, forgetting any subtlety, she broke into huge yawns that emerged from her whole body.

To the Son of Reading

Alberti apparently learned to dismiss her aide's laziness because she considered it a typical feature of her age. He turned out to be very young. Ignoring him, with the patience he then defined theologians, he focused all his attention on several pages where Voltaire talked about how to see others. As it would be appropriate to say at this point when referring to the definitions that scholars of the   French Revolution   inherited from Greek philosophy, there was a chapter that obsessed Father Alberti. He meant quite obscure.   to the conceptions of those free thinkers who differ from religion   . That same theme would have been part of his obsessions, hallucinations and febrile nightmares when, years later, Saavedra proposed him to be part of the   First Board   .

Beyond this matter which is in itself complex, Voltaire's word was very exciting for the formation of a priest.   He widely criticized the prohibition of freedom of worship and religious wars   . Written in 1763, it was one of the books prohibited by the Church of the Viceroyalty. The central chapter, where it referred to   the history of the     huguenots   , kept an enigma that even the most restless of the priests of the New World had not yet resolved.

Even Alberti admitted that Voltaire, whose real name was François-Marie Arouet, had created something so new that it was impossible not to surrender to his reading despite the disgust he could sometimes provoke.

Anyway, beyond the ways they had in the past of animating the journey, reading or praying, the road became hard and long for everyone. The description provided by some authors of the time is insufficient, although it details each place where they stopped, as well as the difficulties they experienced. Because of the absence of roads they ended up deviating   Buenos Aires   and that wasn't a simple route. They took too long to find the river. Winter was approaching and although both   Alberti   like   Morea   they knew how to resist cold and storms, they had to transpose the mountains and especially face the Pampas grasslands, which opened to one of the coldest and most depopulated steppes in America. Gauchos dropping cattle in the distance, sometimes turned out to be the only sign of life. Almost surrendered to abandonment, it seems that one morning, very early, they sighted Concepción del Uruguay.

Alberti   went there   priest lieut   for a while.   Morea   He always looked after him and he was close to him. But once they destined the priest to   Buenos Aires   and his decision proved to be one of the most difficult to make. He abandoned everything, even Morea. His service passed between   Argentina and Uruguay   as a courier from coast to coast concerning the English Invasions, until he fell prisoner of the Anglo-Saxon enemy in 1807.

Released by the   Revolutionary Army   , the first friend face he saw when he arrived the Buenos Aires coast from Maldonado. Of course, that of his eternal companion Cordovan, who had already acquired some notoriety in   Buenos Aires   ,   where things happened   . It was that faithful companion who introduced him to his first friend on this side of the Rio de la Plata. Contrary to what anyone might think, Mariano Moreno would be his greatest and unconditional ally:

“Your Cordovan companion told me that you have dared to read Voltaire”   said that time and since then Father Alberti was always on the side of the   radical reformists   . He only opposed Moreno during the ordered shootings in Salta and Liniers's death sentence. Of course, despite his advanced conceptions, he was still a priest.

Moreno and Alberti would finally found in the days of the   First Board   , the Buenos Aires Gazette, the first free newspaper of the United Provinces del Sur. Morea, returning to Concepción del Uruguay or Cordoba, died without the news reaching the ears of his friend the priest. We know almost nothing about his existence, let alone what happened to him or his body. In particular, that same year both Father Alberti and Mariano Moreno left this world. While both deaths occurred in different circumstances, it is also true that their remains disappeared and nothing remains of them, but   the memories of the humanist wind that together printed on the May Revolution   . 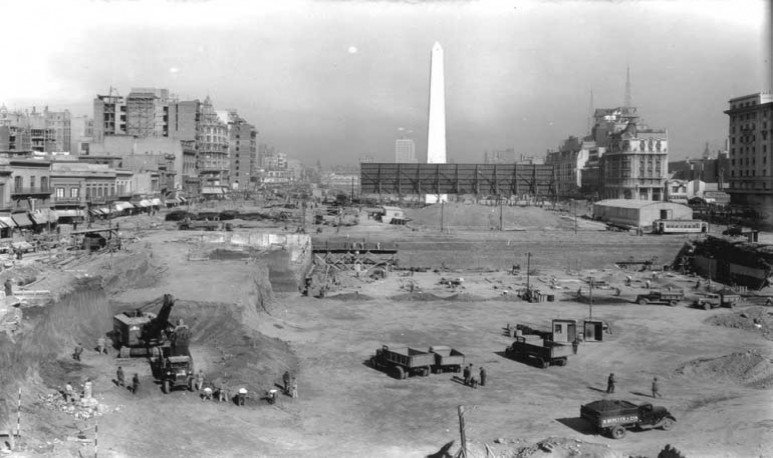 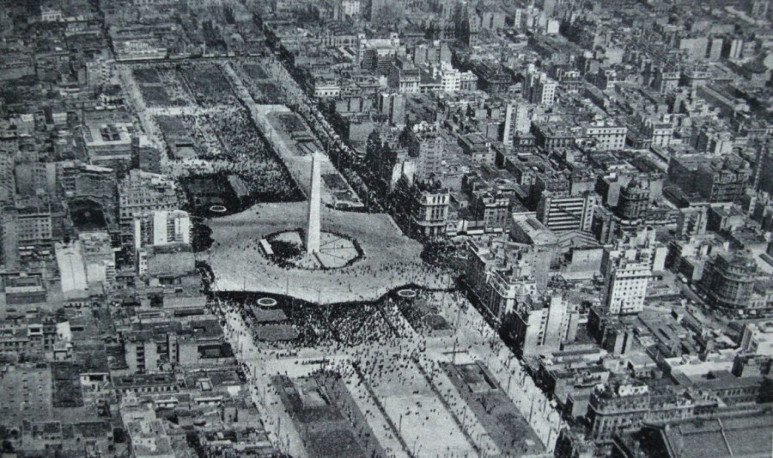 For some authors, Father Alberti died of a heart attack. Others think he was killed. There are many doubts that arise about it. Today, the building was destroyed by the early works of Avenida 9 de Julio and should be found in the foundations of the Porteño Obelisk. 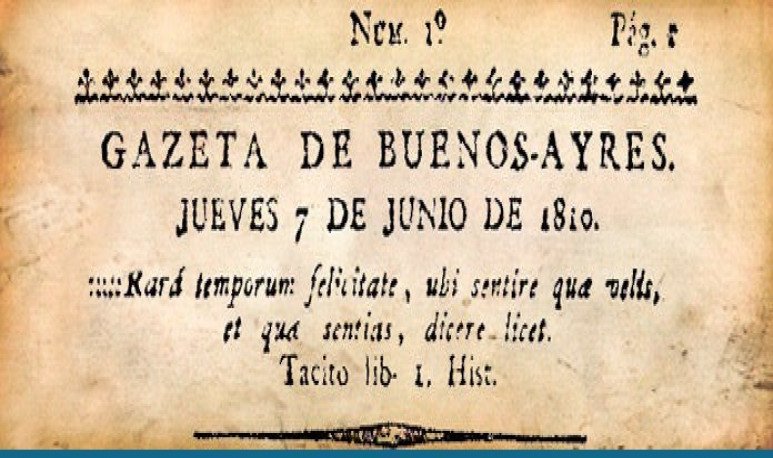 La Gaceta was the second printed newspaper in Buenos Aires. The first responded to the Viceroyalty. The Gazette itself was a brief medium that informed the Buenos Aires about government acts. Its promoters were, of course, Moreno and Alberti 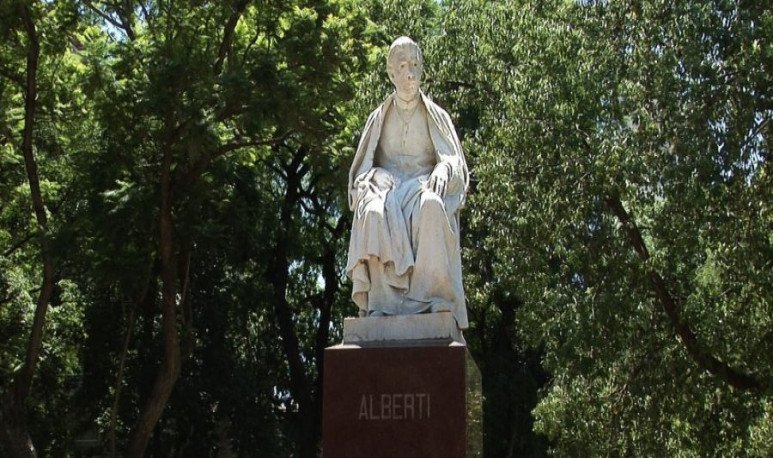 Monument to Manuel Alberti, made by sculptor Lucio Correa Morales. It is located today in Plaza Alberti, between Arcos and M. Ugarte, in the Belgrano neighborhood. When Saavedra asked for a priest as a “vocal” of the First Junta, he never imagined Father Alberti would embrace “Morenist radicalism.”