Francisco Pascasio Moreno was, a traveler and lover of Argentine Patagonia and a mentor of sovereign. 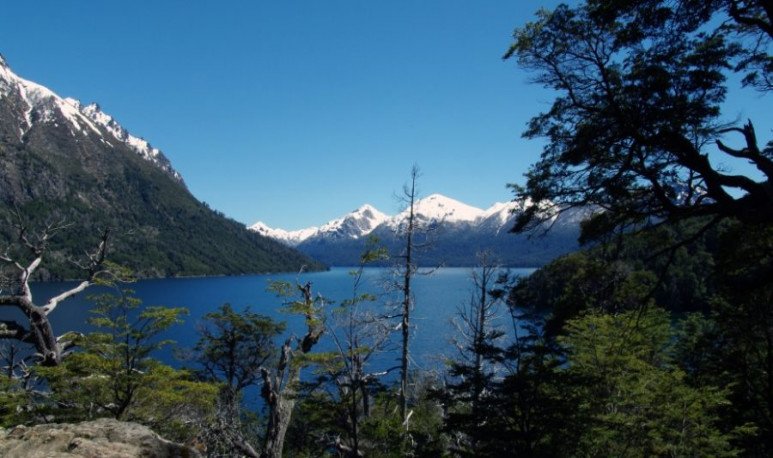 To be a patriot it is not necessary to be a military or politician: Francisco Pascasio Moren  or was, above all, a traveler and a lover of Argentine  Patagonia  . He was also the first to unfold the flag of our country on Nahuel Huapi Lake.

At the age of 23 — with the cooperation of the Argentine Scientific Society and the Government of Buenos Aires — he embarked on a long journey that aimed to reach the lake  Nahuel Huapi and, from there, continue to Chile. On January 22, 1876, he became the first Argentine to be lucky enough to contemplate one of the most wonderful landscapes in the world. Years later, in 1902, he was appointed expert at the Argentini-Chile Boundary Commission.

Today, if we talk about Perito Moreno , in general we think of the glacier —baptized in his honor— and perhaps not all remember its contribution to the preservation of the natural beauties of our country and its initiative to found the national park system.

Every time we have the pleasure of visiting the south of our country, let us remember that we can proudly say that these landscapes are our thanks to people like expert Moreno , who took the Argentine flag to places where no one had arrived before.

Patagonia that the Perito Moreno recovered us

Francisco Pascasio Moreno has served as an expert on the border issues with Chile since 1896. Until that time, Argentina's border problems had not found adequate solutions. The outcome of the last arbitration against Brazil had been unfavourable and therefore it was necessary to  change strategies to achieve a better outcome  in the new conflict that arose.

This new conflict had as its protagonist Chile, which claimed not only part of Patagonia, but also the border demarcation of Catamarca and the Puna de Atacama. Until then, the only thing that had succeeded in delimiting was Argentina's sovereignty over the Atlantic and Chile over the Pacific. From there it was that  Moreno devised how to draw a dividing line at the high peaks by observing the course of the rivers towards the Atlantic and Pacific . In this way it was ensured that the discussion focused on the ground and not on theoretical speculations.

“ Do not abandon our cause... go ahead and fight to overcome. With your triumph we will avoid war.  “

Due to his status as Perito Argentino, Moreno is required to travel frequently to Santiago de Chile. One such trip, in 1897, was carried out along with his wife and children on the back of a mule. He wanted fate that same year his wife, Maria Ana Varela, died a victim of typhoid fever in the neighboring country. A month before her death, already prostrated by the serious illness that occurred to her Maria expressed her last wishes to Moreno:  “Do not abandon our cause... go ahead and fight to overcome. With your triumph we will avoid war.  “ These words would be deep in the expert's mind and would be the fuel he needed to carry out his mission.

In the subsequent years Moreno continued to travel the disputed territory between Argentina and Chile, which meant the discovery of numerous lakes, several rivers, canals, islands, hills and mountain ranges completely unexplored until that time.  These discoveries laid the foundations for the meeting between Presidents Roca and Errázuriz on February 15, 1899 in the Strait of Magellan.

To support his theory that the boundary with Chile should conform to the high summit line, Moreno conducted a detailed study of the terrain throughout the bordering region.  His Chilean counterparts could not match the details of this study and that determined the expert's success in the territorial dispute.

Your relationship with Sir Thomas Holdich

In 1899 he moved to London, along with his sons, as geographer adviser to the Argentine representative. On his return trip to Argentina in 1900, the coincidences cause him to be on the same ship as Sir Thomas Holdich, the English referee in charge of the aforementioned territorial dispute. He had the opportunity to talk at length with the arbitrator and to know his opinion regarding his work.  “ Everything that the Argentine foot gains west of the continental division will be entirely due to you , ” Sir Thomas told him.

Francisco Pascasio used all the resources at his disposal to achieve his goal. He gathered testimonies from settlers and inhabitants of the region to substantiate the need to belong to the Argentine territory.

Finally, after several years of hard work in Argentina, Moreno returns to England in search of Holdich and then set the boundary milestones determined by the arbitral award signed by Edward VII of England. In this way,  Argentina was determined to retain 42,000 square kilometers of territory.

Finally, Moreno's words to reflect:  “If it is a matter of national honor to defend the integrity of the native soil, it must also be a matter of national honor to give this soil all its value, thereby avoiding having to defend its integrity. I have never been able to understand how a virile nation is said to own vast areas, from the tropics to the Antarctic pole, does not endeavor to study them, to use them, which is what will justify its dominance over them.”