It is the biggest archaeological find in Mendoza. We tell you how, unwittingly, a group of climbing players hit a mummy on the heights of Aconcagua. 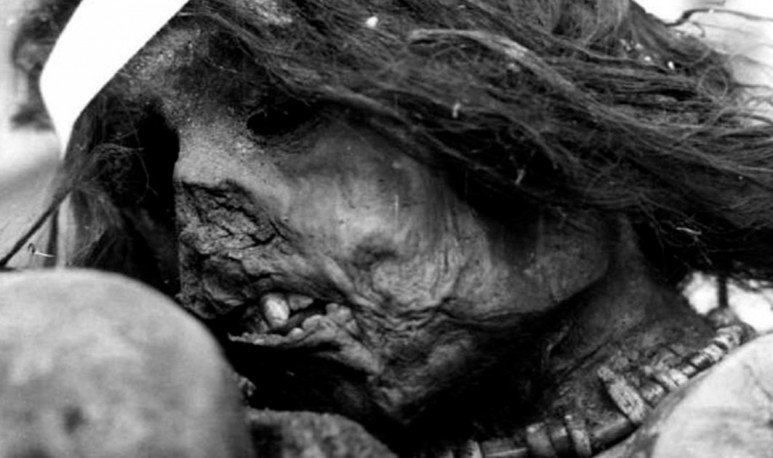 The Aconcagua Hill is the summit of America. It is the highest point on the continent and the second behind the  Himalayan peaks. As such, it is a mountain visited by thousands of mountaineers every year. Thus, often, more than one returns with some particular anecdote or experience. However, none was as important as that of a group of young people, in the 1980s, who arrived with the novelty of finding a child's body.

It all happened during the summer of  1985 , that year, the  Andinista Club Mendoza  (CAM) was celebrating 50 years of life and, as part of the commemorative activities, planned numerous expeditions to Aconcagua along four routes. One of these was the  little frequented Southeast edge , where the brothers Fernando and Juan Carlos Pierobon and Franco and Alberto Pizzolon traveled. The latter member observed something that caught his attention and said to his companions: “There is grass!”, to which they responded: “How? If we're more than five thousand meters high!”... This dialogue, drawn from one  of Dr. Juan Schobinger's books , describes the precise moment of a very important archaeological finding that would become one of the milestones of the  archaeology  of high mountain.

Alberto Pizzolon came to see the “grass” and realized that they  were yellow and black feathers that were part of a headpiece of an Inca child offering on the mountain five hundred years ago , information that became known after being performed. the studies. It was the mummy of the  Aconcagua .

One of the most important things that occurred during this expedition was undoubtedly the excellent criterion that the expeditionaries had in front of the archaeological finding.  Many would have chosen to dig and “see” what was in the place , almost as an instinct to play an explorer, archaeologist, discoverer of hidden treasures and so many fantasies that arise from the intrigue of  “discovering” what is buried. However, they chose to return without altering anything and see what solution could be given to that evidence that erosive processes had partially unearthed in our country's most frequented mountain.

Looking for a specialist

In Mendoza, together with the president of the CAM,  they began to think and find out who was understood in these issues, so they came to Dr. Juan Schobinger. However, he was starting his vacation on the  Atlantic Coast .  But the urgency of the case and the archaeologist's passion made him give up the warm weather of the coast to organize an expedition to the high mountain.  Fifteen days after the discovery, Schobinger together with a team of volunteers, composed of G. Cabrera,  Juan Carlos Pierobon, Alberto Pizzolon, J. Ferrari, Eduardo Guercio, Víctor Durán, Germán Bustos Herrera and Silvia Centeleghe, left in a van from Mendoza heading to Inca Bridge.  They entered Horcones and set up a camp at 3,800 meters, then another at 4,400 meters, set up a base camp at 4,600 meters and finally, a  height camp at 5,200 meters, where they found the burial room with pircas, minerals and other offerings.

Laboratory studies carried out on both the Aconcagua mummy and the objects that were part of the trousseware, were innovative and complete,  which generated valuable unprecedented information that contributed to the knowledge of the Inca culture  and the ceremony of offering children, known like “capacocha”.

The child's body appeared well preserved, although deformed by strong lateral compression.  He was dressed in two “uncu”  (tunic or Andean T-shirt, devoid of sleeves) of wool, was footwear with flops made of wool and hair with the sole of vegetable fiber, and on the neck kept a necklace formed by beads of multicolored stones. Above there was a number of other textile pieces (blankets, girdles, loincloth, laces, etc.). Some of the blankets were made of cotton and had geometric decoration and birds stylized in brocade technique, which corresponds to a tradition of the Peruvian central coast and that had never been found in other high deposits.

The Aconcagua mummy was found in the fetal position, as it is currently found. It is preserved under freezing temperatures in a  Scientific Technological Center (CCT).