An incomprehensible event took place when South American freedom was about to consolidate. Even today it is still considered one of the most controversial cases in our history. 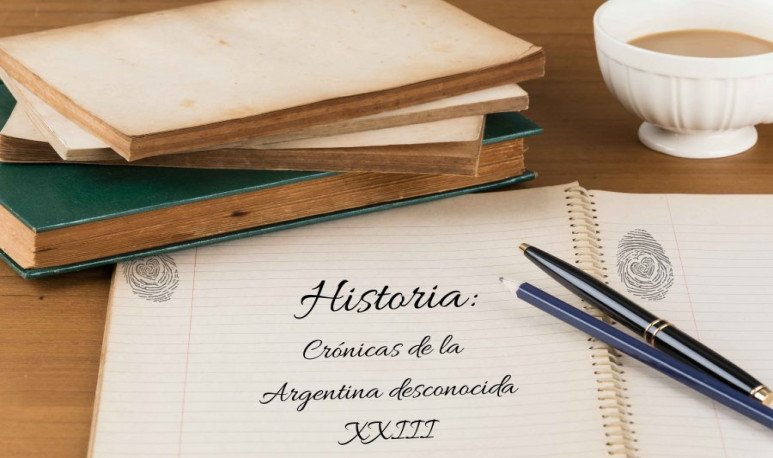 The Grand Order of Knights founded by  Master Francisco de   Miranda in London, found its end very soon  . It was certainly the school where the liberators of South America left to get rid of the Spanish yoke. But many interests conspired against his disciples. One day the Order broke inside and began to collapse rapidly. One of its main members, Venezuelan liberator Simón Bolivar, ended up imprisoning Fernando de Miranda to end his historic group. Turned as the champion of the revolution born in the Caribbean, Bolivar suspected that Miranda was negotiating with the  Junta de Cádiz . He quickly pulled him out of the way and automatically the international headquarters of Los Caballeros, including the   Lodge Lautaro   ,  they were acephalous.

In spite of everything, the members of the  Lautaro continued with their campaigns, while still guessing something (more by practice than by theory):  misfortunes do not come alone.  One day there could be some worse event than disconnection with Miranda.

By 1818, one of its members, the Argentine revolutionary and intellectual  Bernardo de Monteagudo,  was accused of participating in a plot to assassinate certain very prestigious Chilean independentists.  The scandal would have international proportions.

Shortly before,  Monteagudo  had barely joined the  San Martín army. He wanted to be part of the Campaign to Chile and, after the “Cancha Rayada ambush,” he was returned to  Mendoza  as head of regional affairs.

While he was in El Plumerillo reorganizing the soldiers, he received news. He learned from official sources that the Carrera brothers and a third accomplice, Manuel Erdoíza, had been arrested on the Camino de los Andes. Each of them was said to have a different task, having entered the Cuyo region in order to weaken the actions of the camps probably located next to the Picheuta Creek. Upon learning about the presence of these spies Monteagudo wanted to talk to them. Then, from the mouth of a cabo raso, he learned that they were three of the most illustrious Chilean independence who had opposed O'Higgins.

Letters in those days took a long time to reach their destination. Monteagudo wrote to  San Martín  and he in turn ended up consulting someone else. We don't know who. But it's true that the General never acted alone. So, to study the matter of prisoners in Monteagudo, he extended his consultation to jurists and politicians from other provinces. Who could recommend the struggle of  independentists   against   independence  ? Somehow this painful situation had to be solved without shedding blood.

Bernardo de Monteagudo waited for some communication from San Martín. Some news about the independence. Although three messengers seemed to have left different points in South America without reaching  Mendoza . The letters disappeared. Finally the silence and the absence of orders left Monteagudo completely alone.

He reportedly attempted to keep those men in prison until the arrival of San Martín, but some supporters of Manuel Erdoíza were engaged in harassing the Cuyano detachment. After a few sleepless nights, understanding that in his absolute intimacy he had to decide on the future of the three illustrious Chileans, he waited for the groups that frightened him. A few shots in the air should be good, but the Carrera, from the cell, shouted something like  , “Better death!” .

Without having any higher instance, Monteagudo, who was a man loving syllogisms, surely made a simple reasoning:  “Dead the dog will end the rage.”  The shooting of Manuel Erdoíza and the Carrera ended with the revolts. But, unfortunately, it was also the coup d'grace that would determine the definitive extinction of  Lautaro  in South America.  Belgrano  and San Martin knew that the glory days were over. The Chilean revolutionaries participated in a current parallel to that of San Martín and O'Higgins. They had a very different plan.  However, they turned out to be  Freemasons  .

Because of this controversy, there is still doubt about the distinction between “ Freemasons ” and “ Lautarians ”. How did  Freemasonry  react to the  Monteagudo Incident  ? Probably there were those who wondered: were both orders the same thing?

In that sense we can say that little or nothing did  Freemasonry  have to do with the  group typed by Miranda  . His position before the Christian faith severed both groups. It is proved that the “ Lautarians ” had very strong ties to Catholicism. On the other hand,  Freemasonry developed lay models of thought.

Despite everything, in the hard times that came to Miranda's imprisonment in Venezuela, both lodges ended up collaborating with each other. They were supportive and recognized each other as twinned by higher ideals.

Now time passed and the truth is that after many blows, some kind of fear led  Freemasonry  to think something that until the death of Chilean independence, nobody wanted to face.  Could Freemasons suffer the same social erosion as   Lautaro?

Monteagudo  escaped to Peru, but after a few years, someone killed him.Perhaps they were the independence of the Erdoiza current, represented by the cutlery  Candelario Espinosa . It was also said that it was a crime of passion. Both men frequented the same woman,  Juanita   Salguero  . The story remained silent until today. The truths that  Lautaro  died definitively and  Freemasonry  disunderstood the matter. Nobody wanted to name  the Monteagudo incident  again and the investigation was closed prematurely. The last members of the Freemasonry who protected the Lautaro ended up mute, becoming permeable to some circles of the Buenos Aires aristocracy looking for news.

Gradually, hidden movements lost strength. Institutions such as the   Jockey Club   in 1882, the  Rotary  in 1905 and the  Lions  in 1917, somehow replaced what had once been the orders Secrets of greatest furore among our heroes.

“ The Lautaro Lodge no longer exists ,” the Buenos Aires intellectuals would say in the middle of the 19th century. It is true that there would be a resurgence of his name in the days of Julio Argentino Roca's presidency, between 1880 and 1886. But none of that had any connection to the real “ Lautarians .”

Nothing left of these intellectual and political principles more than a vague memory. A few reappearances of the so-called Accepted Masons of the World began to attract a new class of public, without generating large political currents. Not much more than the Rosicrucians or the university fraternities.

Monteagudo , on the other hand, is still waiting for someone to unveil the real reasons why his body was cruelly stabbed.