During his long military career, José de San Martín suffered injuries of all kinds and caliber. But almost none on the battlefield. 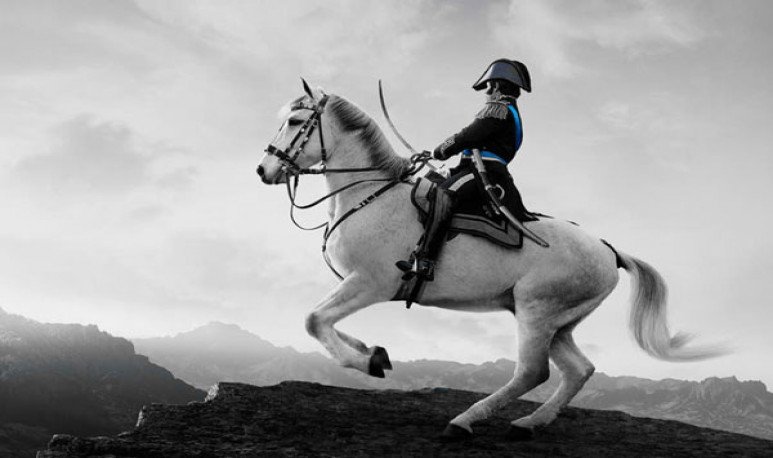 We are not talking about  Superman,  but about another older man because he is flesh and blood, a man who made the criollos, mestizos and indigenous people come true.  Joseph of St. Martin  performed military feats that surpass Napoleon's campaigns in Egypt, or George Washington's crossing of the Delaware River, the one that meant a crucial movement for American independence. Just some close to the Liberator claim that he had prints of both on his desk. But nothing compares to the  Crossing of the Andes  , carried out together with more than five thousand warriors, not only from the military tactical aspects, but from the same organization and training that made it unique in the world of 1817. And that was accomplished by  San Martín  in the three years of the Governorate of Cuyo where he had to eat almost daily to avoid heartburn or asthma, or he woke up at four in the morning from his ulcer.

San Martín is one of the most known proceres of his health for the simple reason that he was cared for by the parents of Argentine medicine, such as Cosme Argerich after the battle of San Lorenzo , or family correspondence, as is reported by his fight against cholera in France.Even in his own letters there are several passages in which  Saint Martin  narrates his chronic ailments, and a few years before his death he writes: “I found myself struggling with my newspaper stomach ache.” Many scholars speak of the serious wounds received in an assault in 1801, while he was a lieutenant in the Spanish army, which with a perforation in the chest can explain his recurrent vomiting of blood that appeared in the Argentine orte . In that 1814 he was at the head of a troubled army in disbandment, with the realists who were impregnable through the steps of Upper Peru and threatened to advance, and  Carlos María de Alvear , some claim his half-brother, eager to extinguish his star at all costs. This is why some medical historians are inclined to think that the conditions were also an aggravated response due to the nervous situation. Either way, San Martín  in that year devised the Campaign of the Andes  , prostrated, fevered, in vomiting, and in a estancia in Saldán de Córdoba.

I foresee very near the end of the life of St. Martin

And there did not end his evils, the “tremendous” as he said. The historic gestation of January/February 1817 was made half a mule, half a stretcher, before the watchful eyes of his grenadiers and his loyal physician José Isidro Zapata, “a pawn, in his saddlebags, carried remedies and other provisions for the boss, almost always sick,” writes Ricardo Rojas. It was they who took him to the very gates of the Battle of Chacabuco, in which he was barely able to participate because of a strong rheumatism. At the end of the race with the first American triumph on Chilean soil, Zapata wrote to Tomás Guido, then the Edecan of the  Liberator: “I foresee very near the end of the peaceful life of our general —  San Martín —  ,if he is not distracted from the daily care he is agitated, at least for the time necessary to repair his broken health, which has already been attacked by the nervous system. ” That rheumatism, and possibly the gout, almost liquidated a couple of years later and delayed the march to Peru. But again the idea arises that the most critical moments were the ones that made the most dent in the health of the Liberator.Recall that in 1819 he disobeyed the Government of Buenos Aires to continue his libertarian plan. I mean, he officially became a deserter. In Buenos Aires they required it to end the new  caudillos  contrary to the Unitary Constitution, with whom he maintained a strong epistolary bond,  José Artigas  de la Banda Oriental and  Estanislao López  del Litoral were the best known. Thanks to the Santafesino, he was able to return to Chile in time because he captured his replacement sent from the city of Buenos Aires. Happen?

But the ailments, to which is added a typhoid fever that almost killed him in Santiago de Chile, once he returned from Lima in 1822, were not far from the diseases of the time. Even the periodic coughing with blood was speculated as a symptom of tuberculosis, the lethal pandemic of the 19th century, although it is generally recognized that it is one more symptom of the chronic ulcer. And his only war wounds were two, nothing more, one at the Battle of Albuera in 1811, near Badajoz, as a Spanish officer, and at the aforementioned Battle of  San Lorenzo. The latter gave him a characteristic scar on the cheek that is often forgotten in the most famous representations .  Not bad for someone who fought on both sides of the Atlantic since he was thirteen.

The last few years were those of vision problems and a resurgence of stomach conditions.Some speculate that stomach cancer was the cause of death, although it should be noted that slightly less than half of his life lived in the European retreat surrounded by the affection of his family. Perhaps that is the reason why it exceeds seventy years despite the reserved forecasts. And opportunities did not lack to put his jacket back on since the frustrated landing in Buenos Aires in 1829, for not wishing to be an indirect participant in the recurrent  Argentine civil wars , and where several military heroes of the Independence such as his beloved  Juan Lavalle , to the command of the Belgian troops seeking independence from the Netherlands.

Telling  St. Martin  's medical history is not a morbid, nor a chimentero vice, but it exemplifies the greatness of a mortal like us. He tells about the human ailments of a man who, being able to be a prominent European official, at the age of 34, decides to return to a  homeland  from which he had left at the age of five. A  homeland  that helped to forge not from the bronze, but with pains and sorrows. Now it's our turn.