Home Argentine History The Liberator has someone to write to him

General Gerónimo Espejo became the first historian of the Grand Captain José de San Martín. And he was almost a beloved son of the procer. I know his life. 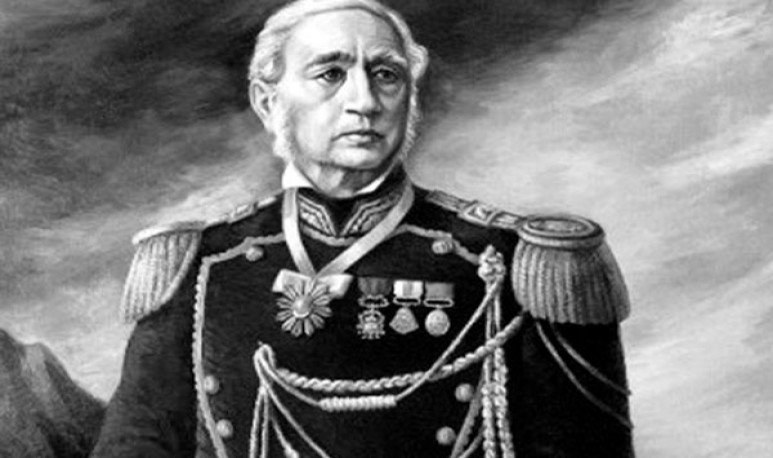 Born in the bosom of a humble family, with Indian blood in his veins,  Gerónimo Espejo  is undoubtedly the  most true historian  of the  Sanmartinian  campaigns. And one of the closest people to  San Martin , who was almost a father to the brave soldier of Chacabuco and Ituzaingó.  He entered the  Army of the Andes  as a child and was one of the few who was in  Guayaquil  living firsthand the historic resignation.

Every act performed in the glorious march was recorded in the hands of “a poor soldier without education in childhood, without literary beauties,” he said, and several drafts accompanied him to the battle itself. In the defeat of Cancha Rayada, the result of the desperate withdrawal, he misses the valuable notes and notes he had taken as a cadet of engineers under the command of  José Álvarez Condarco . When  San Martín  learned of his passion in registration and writing, he commissioned Lieutenant  Espejo  , decorated by the governments of  Buenos Aires and Santiago,  the Army Operations Journal, who personally corrects the  Liberator .

Forming the inner circle of  San Martín, Espejo  landed in Pisco and was a parliamentarian for the  Army of the Andes  in the liberated Lima of 1821. That was the beginning of his role as a public official that he would develop extensively in Argentina. So much confidence in  him that  , on several occasions, he carried secret documents and values across enemy territory, for which he received the  Order of the Sun of Peru  . At the same time, he treasures books, bulletins, proclamations, diaries and an infinite amount of independence material that he transported as he could from the different American cities.So he was able to bring a relevant library to  Buenos Aires  in 1825 while joining the army ready for  war against Brazil  . Of outstanding participation in  Alvear's troops,  he became lieutenant colonel and later joined General  Juan Lavalle  's staff in the turbulent 1829. Won by the unitary cause under the command of  General Paz,  he suffers the defeats produced by the federal  forces of Facundo Quiroga  and is exiled to  Bolivia,  being considered a hero by Bolivian President  Andrés Santa Cruz,  who had seen him defend freedom in  Callao . In these forced transits he loses much of his bibliographic treasures “under the pretext of the goods of unitary savages”, to which he writes “the memory of my Diary, an object of invaluable merit to me, was like an electric blow that baffled me... I resolved accordingly. strive to rebuild the lost book,” transcribes researcher Adriana Micale.

Installed in Cerro de Pasco, one of Peru's main mining enclaves, he lived between the reconstruction of his memories and the mining activity, of which he can consider himself an American driver with new rules between bosses and miners, fairer than the old forms of colonial exploitation. Returned in 1850 to  Mendoza,  he replicates in  Uspallata,  associated with a son of Alvarez Thomas, the mining operation with a modern direction. The times of the  Confederation  had him as a prominent legislator in the legal institution of  Argentine mining  and, a few years later, in the economic order, in important positions in the National Bank and the Customs of Rosario.

Retired from the public service, he began a profuse work in the dissemination of the Sanmartinian gesture with numerous articles in the  Revista de Buenos Aires and the  Revista de Paraná , crowned with the unavoidable publication in painters  ” The Andes Pass. Historical Chronicle of the Operations of the Army of the Andes for the Restoration of Chile in 1817”   in 1882. There, firsthand, he narrates the arrival of Saint Martin in Cuyo, vividly recreates the patriotic fervor that changed a continent and weighs the innumerable circumstances of war and politics.  Juan María Gutiérrez, Mitre and Sarmiento  were able to recognize the patriot's contribution to future generations, both for their publications and valuable historical documents, which are now available in the Mitre Museum, the National Historical Museum or the Archives Generals of the Nation and Mendoza.

Died in  Buenos Aires  in 1889, transferred his remains to  El Plumerillo  in 1935, in his will he stamped: “I declare that in my long military career I never made a profit from the interests of my  homeland  , and so my property consists only of the salary that I become Major General of the armies of the Republic”.  Espejo  bequeathed his vast library to Dr. Antonio C. Gandolfo, one of the parents of Argentine surgery  , and, thus, to posterity. A soldier writer who admired  Saint Martin  and understood history as the basis of the future of peoples before many of his time and ours.