Home Argentine History The Legend of the First President

Why did Bernardino Rivadavia and Martín Rodríguez historically face San Martín? What separated these men so important for the development of the nation? 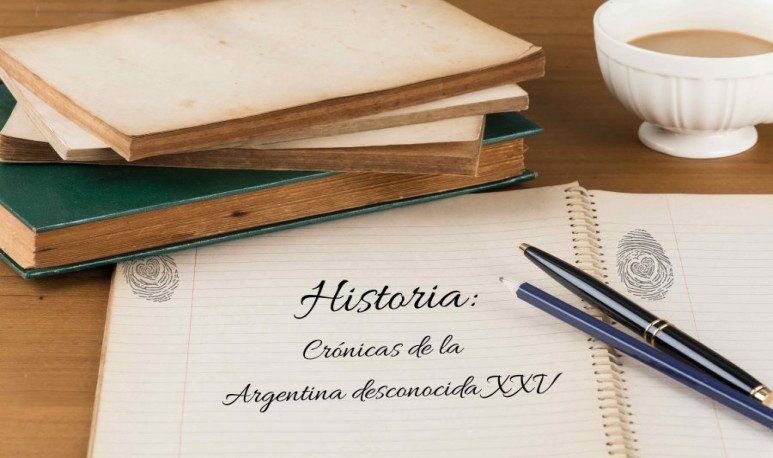 They seemed inseparable. Their friendship brought them together both outside and within the public administration. When they looked at each other, they guessed and read each other's intentions.   Martin    Rodriguez   and   Bernardino Rivadavia     were traveling on the same path. So much so that Rodríguez would anticipate the country's mythical destinations, early glimpsing the political career of who would be the future president of the nation. I saw that almost like an oracle.

We already explained in the  XVII Chronicle , that Rodríguez participated with  Cornelius Saavedra  of the first armed uprising against the Big Junta in 1811. His look at the future of the country was clearly “ centralist .” But this man had been doing politics since before 1810 and was noted by his lability. He changed his match as clothes.

Diomedes Murúa says:  “He had a grim role in the First Junta, which did not include him among its representatives. He was a close friend and then a staunch enemy of Mariano Moreno. He collaborated with San Martin in the  Lautaro Lodge  and was one of his most loyal battle companions. But he also devoted himself to fighting denodiously against his influence. ” (“South American Affairs,” Diomedes Murúa, Ediciones Fortnel, Buenos Aires 2012).

Some authors attributed to Rodríguez the characteristics of a  serial traitor . On the other hand, the most conservative still want to see in him a  estanciero  who came to power  with good intentions  .  Historiography  and  revisionism  still do not agree on this matter.

Consequently, Rodriguez's influence on the development of his friend Rivadavia's political life was triggering. It's no accident that both were behind the failed  First Triumvirate.  Rivadavia became  the fourth man of this executive body and influenced some of its most resonated measures.

Freedom of the press  and the  ban on the import of slaves,  as well as the institution of the cockade proposed by  Manuel Belgrano  were the first triumvirate's advances. The same happened with the creation of the Regiment of Grenadiers on Horseback by  José de San Martín , newcomer from Spain.

But the “ centralist   measures  ” carried out by Minister Bernardino Rivadavia, were extremely unfavorable for the warlords of the interior. It seems that, in the face of claims to the government, the minister was not reacting. The struggle of Buenos Aires power to prevail over the rest of the regions of the United Provinces would be very hard. It would be marked mainly by contempt.

So, both San Martin and  Manuel Belgrano  declared themselves in absentia.  During 1812 the uprising against the First Triumvirate took place , which favored the creation of a Second  Triumvirate . This new agency should take into account the regions forgotten by the administration of the Rio de la Plata.

Rivadavia and Rodriguez, who actively participated in this period, were forced to move away from politics. They were not allowed to intervene in state affairs and the Lautaro Lodge closed their doors to Buenos Aires.

Why was the punishment so hard? It happens that these men had objectives opposed to the “ integrationism ” proposed by the Lodge Lautaro. They ignored the interests of the provinces with alevosy.It was precisely this conception that the  Second Triumvirate , the  Board of Directors and the  Assembly of the  XIII year did not count Rivadavia and Rodriguez among their protagonists.

It must be said that this kind of political exile lasted until 1820. In those years Bernardino Rivadavia remained Rodriguez's mirror. They never really stopped communicating, at least epistolarly. They waited, each in different functions and places, for the overall environment to change color. That's why one day they returned to regent about Buenos Aires.  “ Centralism” was imposed again.

It is clear that by 1821 both men were more than comfortable because some of their opponents such as Belgrano and Moreno had already died. However San Martín was still alive and was firmly installed in Cuyo. He had the sympathy of Güemes and many other federal warlords. Perhaps that is why Rivadavia thought that the Liberator could become an enemy to fear.

Then he accurately recalled the 1812 uprising. Obnubiled by that triumph of the Lautaro Lodge and already holding much power, Rivadavia banned the free transit of San Martin in any of the great Buenos Aires territories. He completely deactivated what was left of the  Lautarians , took control of all Masonic groups and left the Liberator alone.

Already president, in 1826, he expanded his offensive and never had contemplation towards laf igura de San Martín. Judged, pointed out by invented accusations and unheard of persecutions, the one who had been called a hero among the Argentines, ended his life in exile. Murúa concludes by saying that,  “moved by obscure interests, Bernardino Rivadavia denounced the Liberator accusing him of Betrayal to the Fatherland.”

Appearance of the country in times of Rivadavia. In lighter purple, the United Provinces of the Rio de la Plata. The original territory that would become what is today Argentina, was made up of Intendencies that encompassed immense territories. The  Intendency of Córdoba del Tucumán  included Cuyo until 1813 and, of course, you had no alida to the sea. The same was the case with the two  Governorates of Misiones  and the  Province of Paraguay  . The East had been taken by Brazil and the Andes constituted a tremendous natural barrier difficult to access to the Pacific Ocean. Its immensity convinced most of the mayors that the Port of Rio de la Plata was the only hope to access transatlantic trade. 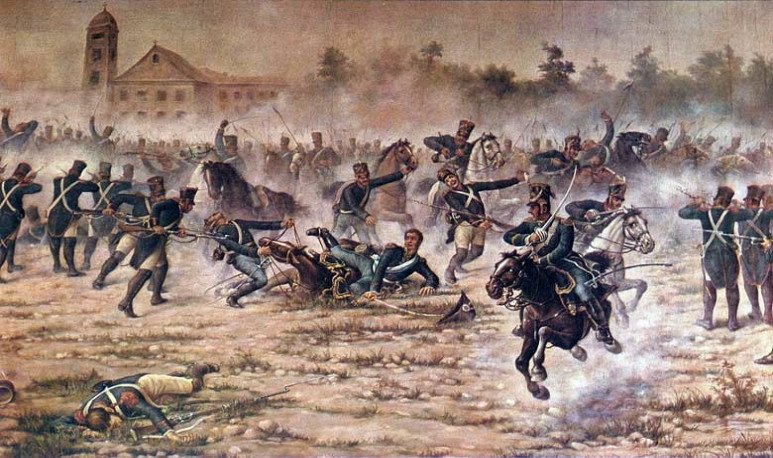 Until 1819 the struggle between the different regions of the country caused Buenos Aires to miss the devotee centralism of the First Triumvirate. “By turning his back on the decisions of San Martín and Belgrano, Martín Rodríguez was hailed during the 1820 Civil War in order to put order,” says Murúa. Rodriguez then returned from exile and restored “centralism.” In this way, he ordered that the future government of the whole nation should be installed in Buenos Aires.

The accusation of “treason of the homeland” was carried out by Rivadavia and Julian Álvarez. The publication in La Gaceta de Buenos Aires.