Home Argentine History The legacy of the Inacayal chieftain 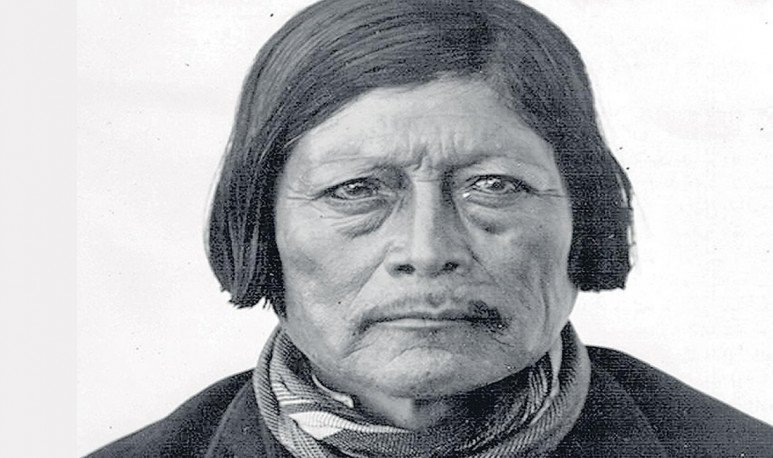 The   Inacayal   chieftain has survived the great history of the native peoples which, many times, remains invisible in the studies of what was Argentina before it was Argentina: its endurance during its life. oacute; until after death and much more:  only in 2014 the bone remains of the then cacique tehuelche were completely restored  in the present town of Tecka, province of the Oh , Chubut .

The date of birth dates back to 1833, but there are authors that differ since there is no “official” documentation: some certify it before the 30s and even name that he was born in 1820. What is sure is the place: the Tecka valley, the pre-mountain range of today Chubut.

Son of chieftain Huincahual, his relationship with other references and strong names was constant, such as the cases of   Sayhueque  and Foyel . He had also promised fidelity to the Argentine flag with the tehuelche chieftain Casimiro Bigua, in what is known as the first swear of  Patagonia . The Argentine flag that flamed for years was given to his son, Utrac, by a man who would be fundamental in and with his future.

Another issue that made Inacayal a great character is that he better related to white men who crossed his territory, such as  Francisco Pascasio 'Perito' Moreno , who later provided some assistance in the arrest of the chieftain, although not enough - and where various historical sources differ in how the mutual treatment was.

Resistance to the   desert campaign  , carried out by the troops of   Julio Argentino Roca , was and is described broadly and long in history. In addition to the murders caused by this “conquest” by the National State, Modesto Inakayal and other men remained as prisoners and then as slaves and exhibition in the  National Museum of  La Plata  .

Before going to the city of the diagonals, the famous chieftain was tortured on Martín Garcia Island, since his arrest in October 1884: “I boss, son of this land, white thieves kill my brothers, steal my horses and the land that has seen me be born. Besides, I am a prisoner, I bastard,” I would have said in one of the first days there. Years later he had to give up his body for the museum's visitors to draw and study it as a “lower race”, would say Perito Moreno, who facilitated his departure from prison to become a piece and study of the museum entity: there they had to be exhibited in the showcases, during the day, as if they were another animal, with each death of a loved one, one more skeleton was added to the museum exhibition.

After four years of living in inhumane conditions, Cacique Inacayal committed suicide in 1888. It had to take over 110 years for the restitution of bone remains to begin: specifically in April 1994. But only in 2014, that is, 7 years ago, was the return completed with remains of his niece, Margarita Foyel, those of his wife and with scalp, left ear and brain of the Cacique.

These two restitution ceremonies were major reparations in accordance with and in compliance with National Law 25,517: a rule that makes available to indigenous peoples or communities of belonging the aboriginal mortal remains that are part of public collections or museums or privates of the country.

Thus, the Cacique Inacayal and his family returned to what was their territory to rest in peace, resting in the  Tecka Mausoleum , being one of the tourist, cultural and historical attractions of the precordilleran village. Repair the past in order to understand how and why of Argentina's present.