Political satire can be cruel. However, it is a way of understanding free expression. Sometimes, at times in Argentina, it becomes a symbol of a time. 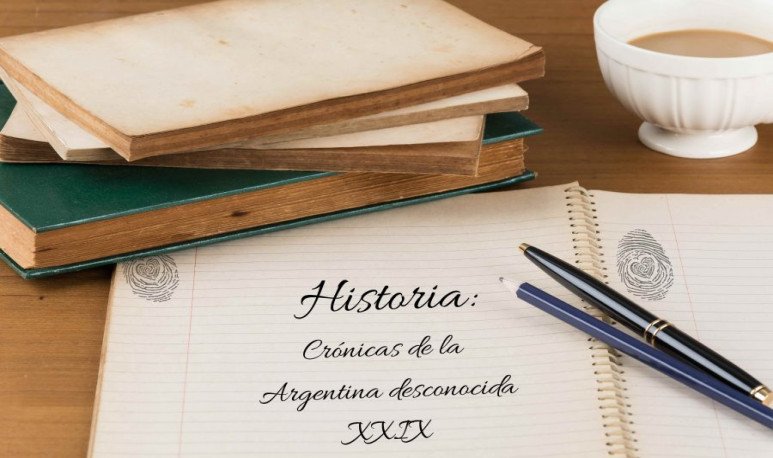 Miraculously, there had gone the few books that were preserved from the collection stolen from the Franciscans by Minister  Rivadavia 's minions. It was clear that something like this was a revenge. He could only respond to the confiscation of the San Carlos Convictorio by the Bishopric of Buenos Aires in 1801.  Father Castañeda  considered that little less than a sign of the saints. When he faced  books , despite their ruinous state, his heart was coming out of his chest. Damaged, moldy and even polillized, they had suffered the distreatment of the  Rivadavian host  and frankly little remained of their former splendor. They were hidden in the basement of the first headquarters of the University of Buenos Aires,  located in Peru 222 .

Castañeda would imagine that very little did those sinners know about the content of such relics. Some pages had already become  palimpsestos . That is to say that, on the original blurry ink, priests of later generations ended up writing new texts that had little to do with the originals. This old practice was due to the increase in the sheet of paper imported from Europe from the 16th century onwards. Consequently, both reading and interpretation became confusing.

However, an illustrated copy still preserved a certain miniature that represented the Universal Flood. There was no doubt that it was a very elaborate work once conceived by an anonymous artist, those who lived in better times. With astonishing meticulousness, he had drawn the sons of Noah next to the Ark under construction, located exactly to the left of a large, very well outlined scorzo. His deduction was immediate:  that animal had to be more important from a symbolic point of view, than all the rest of the miniature .

Scuerzo  is a batracio.  Batracians  are amphibians. It was logical to think that that strange bug had survived the Universal Flood, beyond being invited to Noah's Ark. Therefore, according to Castañeda's deduction, the scuff in question was nothing more than an  antediluvian animal .  A monster of times when God had repented to create men.

It was very clear that drawing meant, in an abstract way and according to its own interpretation, something he already knew:

You have to get rid of the monster of the Flood , you must have thought, because  there is no wonderful future .

Could such a strong image reflect to some extent the  feelings of the Argentines ? His mind began to work at that very moment.

He immediately closed the book, hid it in his clothes and ran to the staircase. Friar Cayetano Rodríguez and a gaucho friend were expecting him. The warden had been paid to enter the university building, where many of the Franciscans' property had ended after the expropriation requested by the government of  Buenos Aires  in July 1822.

Following the  gaucho , the two priests ran like they had never before. They crossed the current Alsina street in a jiffy and reached Chacabuco. From there, protected by the shadows, they arrived at  Plaza de la Victoria , today   Plaza de Mayo  . The owner of the print shop La Matrona, who published a series of pasquins where both priests wrote. “ They have everything in the tunnels ,” Castañeda said agitated. As an author, this man with an unfathomable gaze, called himself  the   Gauchipolitical Disdeceiver. Also  the  Friend of God and of Men.  With the financial support of the   feds  , La Matrona had become the preferred printing press for those who fought against the   unitarians  .

At this point, everyone felt that politics had taken a strange turn. It seemed that the country had lost its mind. Minister Rivadavia's rejection of the  old scholastic  also meant breaking with the deepest traditions of the United Provinces.

There is no wonderful future

to get rid of the Toad of the Flood.

That was how the story began: with the Flood of Castañeda. The  Loose Verses  gradually transformed into the cry of the crowd seeking to go to the foundations of their most primary convictions. The new story envisioned by the  Federal Pact  became very sophisticated. The meetings at the corners began, concerns and hopelessness. As always, one autocracy followed the other. A short Republican moment, he was frustrated by his own mistakes and intolerance of those who always claim to be on the side of the righteous.

Unstoppable, one day, the  Federal Wave  ended with the discussions. The Civil War could not stop otherwise because most provinces responded to Rosas.

No one finally recovered the books seized in 1822. Castañeda, banished to the Fortín de Areco by the   unitarians  , waited for things to change and the fruits fell from the trees. More rogue than priest, less holy and more mundane, he wrote:

of the very big horn,

the inflation with goggles,

of the antediluvian toad,

the scuerzo of Buenos Aires,

the ombú soaked in brandy,

the Doctor of Ignorance,

There are few who think that their “ Flood Monster ” was transformed into a symbol of the  unitarians , whom from that infauist satire, were identified as “ antediluvian .” Why? The most seasoned creators of local myths ended up installing that  those men  did not deserve to be  the New Man  .

Cutolo and Ibaguren wrote a detailed work on the nicknames used in Argentine politics since Castañeda's time. Another work that alludes to Castañeda, is “The priests of the Revolution”, by Calvo, Nancy, Di Stéfano, Roberto y Gallo, Klaus, Emecé, Bs. As, 2002. 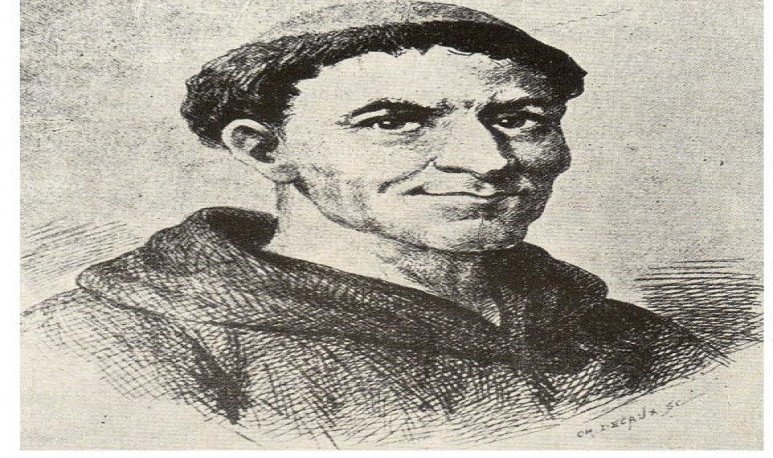 The work of Drawing Ch. Decaux shows Fray Francisco de Paula Castañeda in a drawing published by historian Adolfo Saldías in the late nineteenth century. Castañeda was the one who established the satire of the flood saying “Rivadavia is a toad”. 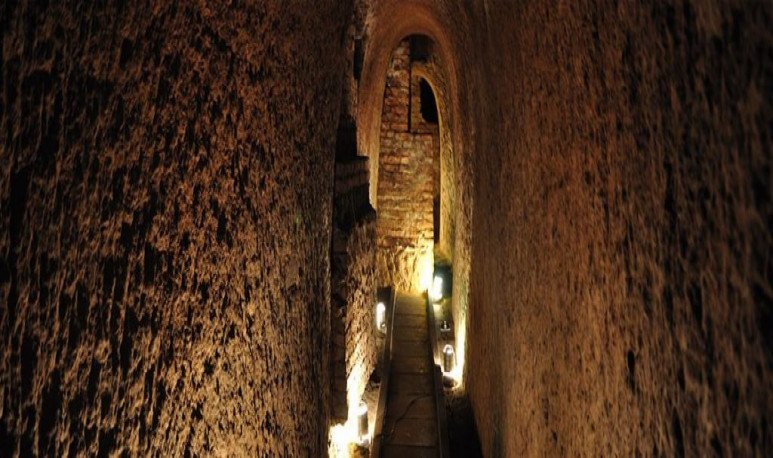 Old passages, tunnels and basements of the Manzana de las Luces, where were the first deposits of the University of Buenos Aires.