A life of controversy and contradictions never tarnished the ultimate Sarmientino goal of unity among brothers. 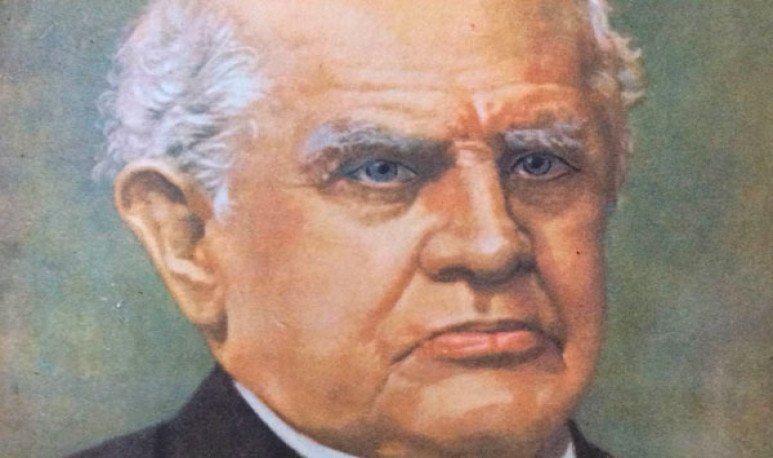 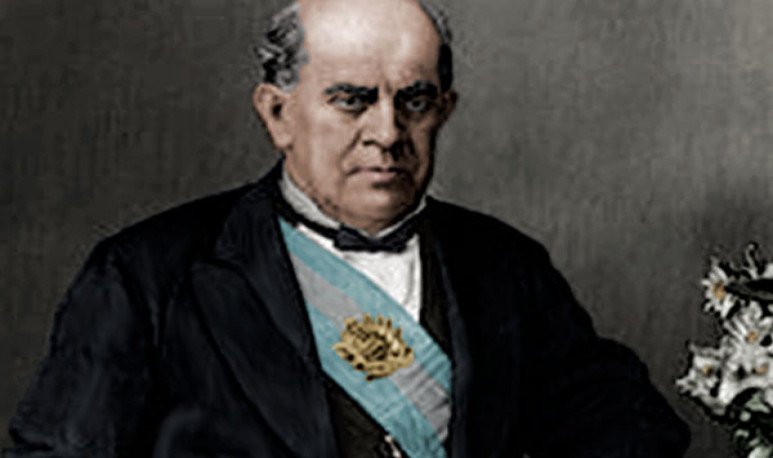 The thought and action of  Domingo Faustino Sarmiento  will always be the subject of controversy. Already contemporaries judged him fiercely: “Where Sarmiento is truly outstanding, and he discharges above all, it is in perpetual contradictions,” reflected Carlos D' Amico, a politician close to Valentín Alsina, who had supported  Sarmiento's presidential candidacy . And he was not lucky a century later when the school discourse of the 80s, inspired by  Echeverría, Alberdi and him mostly, was  dynamite, and in the 1960s, and 1970s, their monuments and plaques were vexed by youth. Very different from the girl of Miguel Cané and José María Ramos Mejía, who during the discussions of the Pedagogical Congress of 1882, and who gave birth to the progressive Public Education Law 1402 of 1884, cheered him as one of them.  Sarmiento  was over seventy years old.Those same young people went to the printing press of  El Nacional , one of the last Argentine newspapers where  Sarmiento  used his sharpest weapon, the print press, and 200 managed to get the censorship edition. The burning defense for secular education was titled: “School without my wife's religion”. A few months later, along with the former Argentine president , in the voice of Samuel Gache, the head of the brand new Medical Circle, they were able to tell the Master of America: “You are with the youth, you are with your friends.”

After his last public battle for free and popular education would come the displacement of the political focus, enmity with the power of a Tucuman general who himself had promoted very young in his war against the caudillismo,  Julio Argentino Roca,  and later final destination in  Paraguay.  But from the cities of the Interior he continued his preaching in leaflets and local newspapers, with the ultimate ideals of an agrarian society based on education: “Since he did not refuse any weapon when it came to doing great good to the country or to America, or to destroy a great great abuse,” said  Anibal Ponce  in  Sarmiento's Old Age . In this American course and union, two clear moments appear that tell us about an integrative vision of the procer, far from the black legend, although not coinciding with the bronze  Sarmiento  . Let us hear closer to the civilizing   Sarmiento   , who came one dark night to the tomb of  Facundo Quiroga  , the barbarity of his school texts, and confessed in the Cemetery of the Recoleta: “My blood is now confused with that of Facundo, and their red corpuscles have not been repelled, because they were similar”, in the quote of Oscar Terán.

“Here is democracy; the Republic, the public thing, will come later,” exclaims  Sarmiento  when he came to the United States in 1847. From his long walks in Boston and Washington, and deep excursions in Niagara Falls, in the mind of the Sanjuanino, a master of provinces, admits, arises a republic project that will “overcome” disunity in the Rio de la Plata. On his return to Chile he began to write eagerly   Argiropolis or the Capital of the Confederate States of the Río de la Plata  and, although he was a renowned author after  Facundo 's political turmoil, he chose to publish it in 1850 under anonymity for his compatriots — although signed in the French editions of the following year translated by his brother-in-law. A first reference to its classical culture, learned from the plums: “'Argiros', Greek word meaning silver, and 'polis', end of city. 'Argiropolis': City of Plata”, begins the “booklet”. In this new book of combat he exposes novel the thesis of a new nation made up of the  Argentine Confederation, Uruguay and Paraguay: “Infuse the peoples of the Rio de la Plata who are destined to be a great nation... that their homeland belongs to all the men of the earth, who the near future will change their current fate, and at the mercy of these ideas, these peoples will gladly march along the route indicated to them, and two hundred thousand emigrants introduced into the country and some preparatory work will give hold to such laughing hopes in a few years. Call yourself  the United States of South America,  and the feeling of human dignity and noble emulation will conspire not to make a baldon of the name to which big ideas are associated,” he ends still with countries without constitutional bases but with great cultural and social similarities.

Also in his preaching is the dispute against Rosism, which restricted navigation and circulation following the English and French aggressions. However, in  Sarmiento  there is a stronger economic project based on free trade and immigration: “Let us keep from those who tell us about national security to close the rivers to European trade, while they fill the stock exchange opening their ports to that same trade; guardlet us consider those who advise us to remain in inaction and misery while they see their cities, their wealth and splendor grow under the influence of foreign trade. Sacrifices such as advantages must be distributed proportionally among all the associates; otherwise a leonine society would be formed, in which one would have the power and the others would be submitted, the one would have wealth and misery the others,” he mentions in a key his personal fight against Buenos Aires. Sarmiento is just one of the founding ideologues of this Argentine antagonism.

For that project he longed for an invented capital,  Martin Garcia  as Washington, similar in the United States that displaced New York, at least politically, suppose. And he was, in some way, one of the first to propose the displacement of the Buenos Aires political node long before  President Alfonsin and Carmen de Patagones , for example.

“ Martin García  would fill even better than Washington among us the important role of serving as the administrative centre of the Union,” he said. Because of its island status, it is independent of both banks of the river; because of its geographical position it is the common customs office of all riparian peoples, and now Paraguay, Corrientes, Santa Fe, Entre Ríos and the Republic of of Uruguay; because of its strategic location it is the stronghold that guards the entrance of the rivers; and placed under the jurisdiction of the general government of the Union will be an insurmountable barrier against any invasion attack. The cities of Buenos Aires and Montevideo, governed by the same trade laws, remain on both banks of the mouth of the Plata, enjoying, as they have not been able to enjoy so far, the advantages of their contact with European trade, because of the rivalry they hold and which makes them tend to enlarge one with the ruin of the other”, affirmed that the island would be exactly the opposite of its republican ideals in the following century, presided over by  two overthrown Argentine presidents, Yrigoyen and Frondizi .

“Civilization, armed today with the instruments of power put into its hands by science, carries them with it wherever it penetrates,” was the faith that this nation of Latin American brothers would hold, in  Sarmiento's imagination,  the same year as Paraguayans and Brazilians. sign an agreement to combat any attempt at union motivated by the Rosista  Confederation Argentina , which was unaware of Paraguayan independence in 1842.

The patties of Sarmiento

That faith in civilization and progress, railroad, wire and teachers that left behind the colonial past to fulfill the ideals of Mayo, boosted the  presidential administration of Sarmiento.  In a famous speech in  Chivilcoy  it was also a government program: “  Chivilcoy  was a utopia that followed over the years, and I see it now practical reality. I had described the pampa without having seen it, in a book that has lived through that graphic description — it refers to Facundo —. But I find something else that wasn't on my program. And it is the republican spirit, the feeling of the government itself, the municipal action of the inhabitants themselves. Here, then, in  Chivilcoy , the pampa as it can all be in ten years. This is the Argentinean gaucho yesterday, with a house to live in, with a piece of land to make him produce food for his family. This is the foreigner already domiciled, more owner of the territory than the same inhabitant of the country,” emphasizes who was finally subdued by the power of the landlords, although, of course, he could propel immigration and primary education, although in a different sense than he longed for, because he was able to be able to propel the land.oacute; centralized in the State, and not in the municipal actions, those you praised a hot Buenos Aires afternoon in 1868.

One years later, he arrived in  Tucumán  as representative of the government of  Nicolás Avellaneda   to inaugurate the railway lines that joined  Cordoba and Tucumán,  a project that began during the last months of his  term , and which was severely criticized from Buenos Aires  .  Raúl   Scalabrini Ortiz  thoroughly investigated the construction of the first railway outside the Buenos Aires radio, supported “without corruption” by the national state, and the colonialist interference of the English who had been left out of the construction site, “managed by Argentines, the  Central Railway of North  fulfills its civilizing purpose, encourages local activities, opens new perspectives to diligence and initiatives.” The story is known:  President Juarez Celman  sells the line to British interests a few months after assuming the presidency, although under state management he had quadrupled his capital in less than ten years.

But let's go back to  Sarmiento . In an old trapiche politicians and the public had gathered to taste empanadas and wine, nuanced by guitars and clowns, tells us Ema Cibotti. “No empanada in the world can be compared to the empanada sanjuanina,” payadoril ripped the speech before the disbelief of the diners. Right from the bottom, a Jujujño restructured that the best were the ones in the Puna. Then followed a correntino, a mendocino, a salteño and, at the close, a tucuman with his fingers greased.  Sarmiento  smiled with a grimace and ripped a master class: “This is the lesson, gentlemen, this discussion about empanadas is a piece of our history, because many blood we've spilled has been to defend each of us his patty. The railway will serve the union of the republic, it is the driver of progress and agent for the realization of the institutions, but it will serve much more to the union by dispelling the deplorable fascination of the meanness of the village, which does not make the neighbor's pie detestable. gentlemen, the national empanada”, closed the speech acclaimed by the compatriots came patero in hand.

A look in the eyes of the men and women who dreamed  Argentina,  with their contradictions and mistakes, but recognizing their achievements, and with attentive ears to listen, because they continue to talk to us about a possible Homeland. And put together with all hands the filling of the national empanada.