The so-called '80s generation was fundamental to our nation. Let's meet those who dreamed a nation for the world. 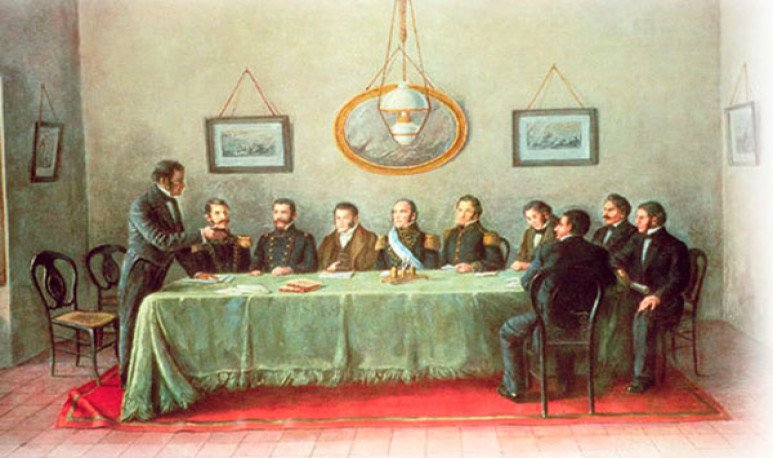 Those who write Argentine history in 2020 have the opportunity to put on the scales men, and few women true, who were dediosed and vilified: the  generation of the 80s.  150 years from an  Argentine watershed,  there is a dynamic agreement between a story that extolls the figures of the   Roca    and  Pellegrini  ; and the another one that speaks of the “degeneration of the 80s.”Because they are the same men who took Malón's country to the subway, with the dramatic implications that still call the  Argentine being . Or, in just ten years, under the slogan of “Peace and Administration,” they expanded the boundaries raised aboard railways and wires, generous in immigration and free-trade policies, and changed a quasi-colonial reality for a contemporary republic. One that fell apart in the financial crisis of 1890 that ended with President  Juarez Celman , another of the sons of the 1980s generation, and which exploded basically by continuing the roquista policy of international indebtedness and the issuance of uncontrolled currency.

“Sincere intentions; firm will to defend the powers of power and strictly enforce our laws; much confidence in my own forces; deep faith in the future greatness of the republic; a spirit tolerant of all opinions, provided they are not revolutionary, and complete forgetting of wounds in the electoral struggles... I will continue the military operations on the south and north of the current border lines, until the completion of the subjugation of Patagonia and Chaco... there is not a single span of Argentine land that is not under the jurisdiction of the laws of the Nation,” he said.  Roca  in October 1880 before a National Congress that a few months ago was threatened with death by the Buenos Aires and Buenos Aires separatists. The bloody  federalization of Buenos Aires had occurred. And the elected president, a real painting of the nascent Argentine State, who had studied at the  Colegio de Concepción del Uruguay , a school of liberalism and positivism on our soil, is implementing a plan supported by the League of Governors and Buenos Aires illustrated.

Words that were addressed, among others, to potential Buenos Aires segregationists who felt they lost the chance to build with  Buenos Aires  at the head, and a rich province behind, a new Uruguay. Words that annihilated the centrifugal factor of the  Argentine unit  — at least one chapter. As revisionist historian Jorge Abelardo Ramos says: “This national victory was the work of the generation of the 80s.” Already known as the “Zorro”, a couple of years later  Roca  sent the Organic Law of the Municipality of the Capital, the final coup to anyone attempted mitrista and Buenos Aires autonomy since it established, in practice, the mayor as one more official of the National Executive. An interventionist and anti-democratic measure, reinforced in 1884 with the postponement of the elections to councilors, and lasted until the 1994 reform.

That generation raised a secular thought supported by a nascent public opinion, a new sociological fact in the country. While it was limited to urban centers, the secularization movement had a public opinion, restricted to the illustration of dozens of newspapers and magazines that appeared and disappeared, which fervently promoted technical and economic progress without mediating its human or cultural consequences. It is significant, as the liberal historian Tulio Halperín Dongui says, that it was defenders of the Church like Pedro Goyena who warned the terrible cultural shock that caused to repudiate the past. But faith in progress, in the seamless future, crushed the differences.

Reform advocates such as Eduardo Wilde, another prominent thinker of the 1980s generation, reflected elder on that intellectual battle against Catholicists and Conservatives: “That was a continuous refute of opinions, prestiges and ideas. Only one thing did we all agree: in being ultraliberal and revolutionary in art and politics. It was necessary to reform beliefs, instituted socialism, but liberal socialism, intelligent, enlightened; reorganize the Republic; even more: America, and make the whole of this a great nation,” concludes the doctor, writer and public official in a continuity of the thought of the  generation of 37 , that of Esteban Echeverría and Juan Bautista Alberdi, the first to think about the  Argentine being  with American wings.

“The four decisive moments of life have been removed from the tyranny of a certain creed: birth, education, marriage and death... lay people are already our birthplace, our home, our school and our tomb,” rejoiced  Ricardo Rojas , a prominent intellectual of the later generation, the Centennial generation. The progressive cycle ended with the Civil Marriage Act 1889, which was in line with the Civil Registration Act, was initiated by the Common Education Act of 1884, a worldwide model of “compulsory, free and gradual” public education where worship classes could be taught &before or after school hours.” This law laid the foundations of Argentine elementary school for more than a hundred years with minimal instruction in arithmetic, reading and writing, Argentine history and civics and included artistic education and, pioneer, gymnastics.The Church hurt in what was indeed an interference in its areas of influence — and power — began a virulent campaign of attacks, with an epicenter in Salta, Paraná and Córdoba, and which ended with the expulsion of the internuncio of the Holy See, Monsignor Luis Luis Mattera. Relations were restored in 1900 during  Roca's second presidency.  The Zorro did it again.

The 1980s generation  shaped a country supported by its unwavering beliefs and faith in progress. And for several decades the economy would be right and the country grew to what we would call Chinese rates today. But it was a country with a mocha democracy, an immigration thought only as soulless arms and an authoritarian power centralized in the Executive.They fulfilled ideals of the generation that fought Rosas and legislated in Paraná. In Halperín Donghi's analysis, “today we tend to see in roquism the supreme incarnation of the possible Alberdian republic; its critics of the moment —  Sarmiento , Estrada  and others— warned better than we who had already placed on the agenda the problems of the real republic... the central question...: whether it is possible the real republic, which must be able to harmonize freedom and equality, and put both on the basis of a fuit is an effective and lasting policy”. 150 years later is a pending subject.