Home Argentine History The First Congress for Independence: the Great Homeland of Artigas, 1815

Following the independence spirit of the XIII Assembly, it meets in Arroyo de China, current Concepción del Uruguay, at the request of Artigas. Their failure is a shadow that remains. 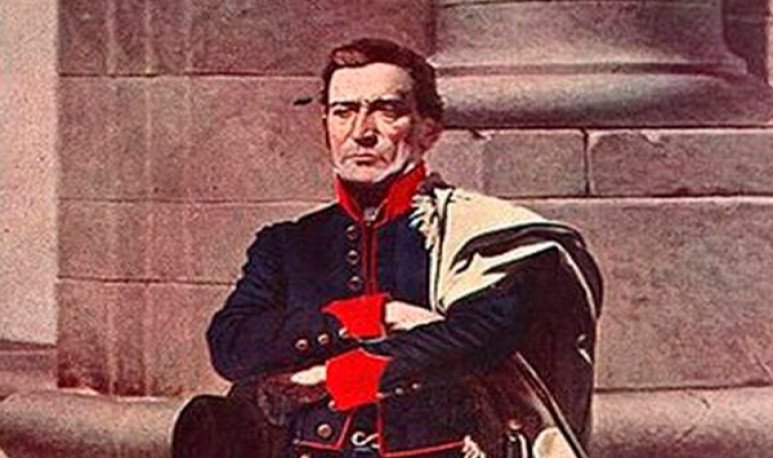 By 1815  José Artigas , the Protector of the Free Peoples, was the horse representation, and in the toleraries, of the Americanism of  San Martin and Bolívar , from the Oriental Band to Cuyo and Misiones. No more, no less. Knowing as no one of the rioplatens and litorales depths, and his gauchos, blacks and Indians, this captain who wore no uniform but a blue Levite civilian, with his federalist and popular resolutions put the hair on the end of the  Buenos Aires authorities. Several times the porteños try to crush it and fail thunderingly, including that  Alvear's fall precipitates.  To flatter him the representatives of the supreme director of the United Provinces of the Rio de la Plata offer him to independent the Eastern Band at his command - and to shoot the Buenos Aires prisoners if he “pleases”. And there were countless times that  Artigas  rejected such “generosity”, according to  the greatest of the Uruguayans, the future Argentina and Uruguay should remain united.  The Congress of the East was his greatest effort and his greatest defeat of the dream of the Great Motherland. From 1816 began its decline, abandoned on this side of the puddle and with the Portuguese parading through their beloved Montevideo, culminating in their exile in  Paraguay  for thirty years. The Guarani neighbors of his humble chakra called him  Carai Marangatú , Father of the poor in the final years.

Faced with the delay of the Buenos Aires authorities to declare independence, amid the absolutist restoration of 1815 and the maneuvers of the English and Portuguese diplomacies against emancipation,  Artigas  decided to call on his own a congress that would deepen the proposals of his delegates in the  Assembly of the Year XIII .  Sovereignty, agrarian reform, free trade and federalism, basically  “I think it opportune - wrote Artigas  - to gather in Arroyo de la China a congress composed of people's deputy - refers to the newly formed League of Free Peoples, Santa Fe, Córdoba, Entre Ríos, Misiones, Corrientes and the Oriental Band, and to facilitate their election, I have the honor to accompany VS the attached regulation... the meeting of electoral assemblies is proceeded in that department, with particular responsibility for the citizens to whom the election is relapsed, be immediately provided with credentials and powers, and quickly set themselves on their way to the indicated point of Arroyo de la China”, a place equidistant between the beaches of Maldonado and the mountains of Cordoba, and established the general with an attached election regulation of unprecedented democratizing tendencies. And he instructs his adopted son and soldier of  Manuel Belgrano  in 1811, the  Indian Anresito Guazurari and Artigas  , that each native village also send its voice and vote. Above,  Andrés Yacabú , among others, and  Artigas receives them “with all the affection they deserve. I have given it according to the state of poverty that surrounds us”, concludes the quote Ricardo de Titto. A poverty that extends to depleted homeland peoples and supports the fight against the royalists - and Portuguese. One of the most wealthy,  Santa Fe , is reduced to a single representative, Pascual Díaz de Andino, due to the “shortage of treasury”

“Promote, propose and discuss and punish all points concerning fixing at once the system proclaimed in this America of its freedom and independence, and that of each of the United Peoples” are the instructions of the Santafesino council of Andino, and they added, “making it recognized by independent province, with the whole territory to understand its jurisdiction... that would be in the interests of a perfect federated government and the preservation of the rights of peoples... promote in that congress the general good of all united peoples” appears in a preamble preamble to 1853. A few months later General Viamonte would occupy that city militarily to weaken the League.

The House of Arroyo of China

It doesn't exist, of course. There are not too many records left of the talks and there is no record. Shortly before the start of the sessions, the delegates from Buenos Aires and Montevideo withdrew their half-hearted delegations and Córdoba attended with  José Antonio Cabrera , who then tried to add the Buenos Aires people with an “unfortunate success... to deal with the means of union free, equal and fair, with the government of Buenos Aires and found on this basis, a solid and true peace” It is also true that  Cabrera represented a Cordovan governor Diaz ambitious to  be well with Buenos Aires and with the League, perhaps in the aspiration to play its role in the organization.fledgling national.

On June 29, 1815, the sessions began with an inaugural speech by  Artigas , and before 20 congressmen,  the independence of Spain was declared , the political organization of free peoples was discussed under popular and republican deliberative forms, the central role of indigenous communities, interprovincial and foreign trade, and the possibility of extending the Rio de la Plata confederation to the rest of the former viceroyalty. After the meetings ended in August, a few weeks before envoys from the Entrerian congress try to negotiate with Supreme Director Alvarez Thomas. After being arrested and humiliated they receive the answer of a low-ranking secretary: either total independence from the Oriental Band, or unconditional dispatch of deputies to the  Congress of Tucumán of 1816 , which had been ordered by the Buenos Aires Observation Board on June 5, a determined action by the independence patriots that undermined the artiguist initiative. For this reason the following year there will be no liguist deputies from the Oriental Band, Entre Ríos, Corrientes and Santa Fe.  Cabrera,  on behalf of an ambiguous provincial government in Cordoba, will be the only future Argentine to attend the two Congresses for Independence  .

Immediately  Artigas  in the camp of the village of Purificación -Salto-, near the gauchos and the Guaraníes, is about to take measures consistent with the dictates of the congress although it limits them to the “Oriental Band of Uruguay”, possibly to prevent further bloodshed between brothers. One of the first promotes an egalitarian customs regulation between ports and the producing field. It also prescribes a regulation aimed at distributing land on the basis that “the most unhappy will be the most privileged” and will include in the distribution “free blacks, Zambos of all kinds, Indians and poor Creoles.” by Manuel Oliden, at the request of the landowners, which states that anyone who is declared to be vague is obliged to serve the army for five years, or join the rural pawn for two to ten years of conchabo - a worker under the forced orders of a rancher, usually poorly paid - Another jump to the brown river of the time,  Artigas  creates a school and a public library in Montevideo, “be the Orientals as brave as they are enlightened”, pursues land speculators, regulates the actions of the religious hierarchy, signs trade agreements with England, and generatesvaccination. The democratic force of the Eastern Congress begins to shake the United Provinces and the tricolor flag, blue, white and a red cross band, is synonymous with free peoples.

Merchant  John Parish Robertson  stamps the fair trade agreements with  Artigas  for the British Crown -  Robertson  would be the negotiator of  Rivadavia  in signing the ruinous loan with the  Baring Brothers in 1824  . And he gives us a countenance of  Artigas  at the time when  Villa Purificación was the political capital from the Atlantic to the Andes  , “I am now riding to your right through the camp. As a stranger and foreigner, he gave me preeminence over his officers... who followed him with a sense of perfect familiarity. Everyone called themselves by their first name, neither captain or Don, except when they went to Artigas, who did it with the evidently affectionate, and at the same time familiar, expression of “my general”... had about 1500 ragged followers... were Indians mainly drawn from the decayed Jesuit establishments, admirable horsemen and hardened in all kinds of hardship and hardened... jacket and poncho girded at the waist like a scotch kilt... a pair of colt boots, big spurs, saber, trabuco and knife, the artigueño attire” and throws a stainless explanation with their blue eyes on why the political power of the Rioplatense warlord, “very soon after the revolution broke out, the inhabitants of Buenos Aires were inclined to rule over the cities and provinces of the Interior... And the superiority, and often arrogance of the porters.the inhabitants of the Interior, who provided the revolutionary armies... as soon as the weapons of Buenos Aires suffered setbacks in Peru, Paraguay and Oriental Banda, the citizens refused to obey, appointed governors of their choice, and to fortify their hand, asked for help from  Artigas,  the most powerful and popular of the raised bosses.  They were thus empowered to make common cause against Buenos Aires . Each small city won its own independence but at the expense of all order and law,” he concludes while in Tucumán another chapter between centralists and federalists would begin, with his back to the 15,000 Portuguese who were invading Uruguay.  San Martín  in solitude supports the artiguist struggle, maintains correspondence between Mendoza and Paysandú, but preparations for the Liberation Army of Los Andes and pressure for Independence with your  delegates,  and spies, take all your energies. In short,  Tucumán  was also the response to the leader of the Rioplatense Campaign, the Protector of the Free Peoples, the denoted archetype of “semi-barbara democracy”,  José Artigas.