And it wasn't a coincidence, because in Corrientes the postal service was synonymous with progress since Independence. 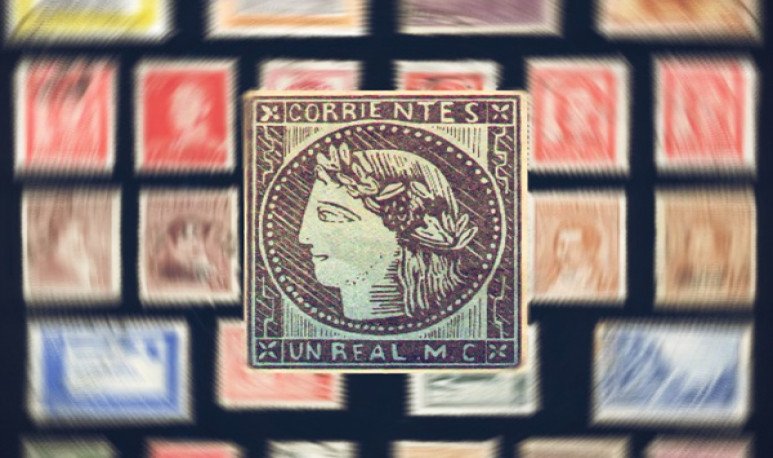 Argentina, in 1856, was debated between the Argentine Confederation and Buenos Aires. Just three years ago, the Constitution had been sanctioned without the Buenos Aires deputies. And the federal capital was in  Paraná . The provinces, after Caseros, began to slowly organize their institutions inside, with a  postal service  fundamental in the communication and economy of the new confederate governments. In this context quite to be done, a progressive mandate appears in  Corrientes  from the hand of Dr. Juan Gregorio Pujol,  who takes liberal and advanced resolutions for the &little, such as modernization of  mail,  is a central matter in the life of Correntinos.

Already in the provincial constitution of 1821 it was established that the service will be free and that “epistolar correspondence is sacred and no letter can be opened by the government and judges of the province, but there is serious presumption of containing seditious and hostile projects against internal security and outside the province”. In addition, it was stipulated that “the postal service is under direct orders of the governor of the province, who will set postal rates”.

From that moment on, scams were founded throughout the territory, with innovative money-sending benefits, and public funds were allocated for chasquis and employees. When  Pujol  assumed in 1853 still shipping was free. A decree of April of that year established “a weekly mail for the whole province” which was to leave “the General Post Administration of this capital, on Thursdays of each week, at 11 a.m.” and, in particular, it reaffirmed that correspondence rotated will be "free of transport for now.”

Three years later, with provinces bankrupt due to the confrontation with the Buenos Aires — and their Aduana —, Pujol decides to rate in a novel way, imported from England:  the stamp.  He then commissioned the work to Pablo Emilio Coni, a French bookseller who ran the State Printing Press, who in turn turns to a compatriot,  Matías Pipet  , a humble baker and who had been an engraver in France. In this way, the only stone plate was made, to avoid fakes, and that withstood seventeen emissions until the provincial post offices were nationalized in 1880.These first stamps were on tissue paper, printed in black ink on blue paper of different shades, and with a smooth contour. The illustration reproduced the effigy of the goddess Ceres, the Latin deity of agriculture, in a Creole version of the Rowland Hill stamp that had circulated in Europe around 1850. Thus Argentina entered among the few American countries with postage stamps, before it had been Brazil, 1843; the United States, 1845; and Chile, 1853.  August 21  , 1856 was the date of departure to the postal administrations in  Correntina  and, in tribute, that day is celebrated on   Day of the Argentine philatelist .

To be exact there was an earlier Argentine attempt in the province of Buenos Aires, in 1855, where also by lithography a  gaucho was presented, but they did not reach the envelopes because it changed the circulating currency — and today they are the holy grail of the philatelists. We had to wait until April 28, 1858, when the Porteños were able to shake their letters with the famous “barquitos” and went into the modernity of communications. And, only in 1862, the Argentine Confederation instituted the founding seals “escuditos”, a symbol of the  National State  for generations.

From iconology we can put together the puzzle of political and identity struggles. If the current piece invokes  agriculture  as a symbol of progress, a key Nation bet for the assemblies of the 53, and the germ of the myth “the barn of the world”, the failed Buenos Aires stamp wears a  gaucho  , perhaps a figure of rebellion, although in the yearswho were heavily harassed, and exterminated, by the Law of the Mighty Landlords. Or that Buenos Aires choose ships and exclaim to the four winds what was their source of wealth. Finally, the Argentine Confederation appeals to unity with the shield, something that would only emerge with the violent  federalization of Buenos Aires  in 1880.

We're talking about  Pujol,  a correntino to which we will continue to spread, a true progressiver of the nineteenth century. In the same decree that introduced the stamp to Argentina, the governor rubrics “that all printed paper, whether they were magazines, books, newspapers or newspapers, could circulate free of carrying — charge — in the territory of the Province.”