Home Argentine History The day Jujuy got his freedom

During the month of November, the town of Jujuy met in an open council and declared autonomy with respect to the province of Salta. 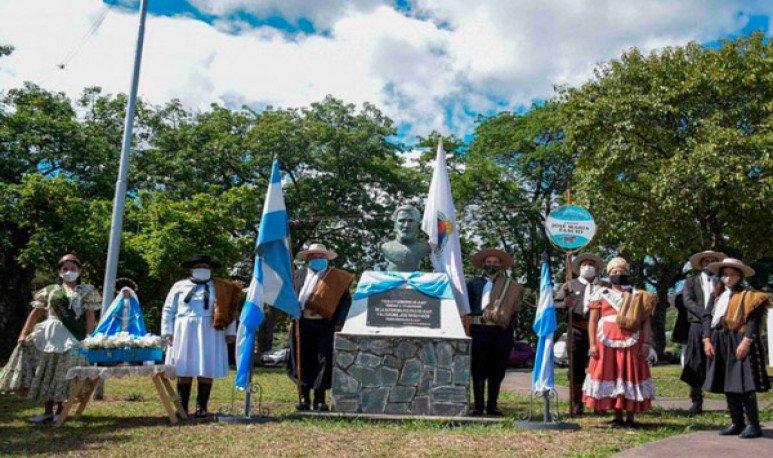 Jujuy  proclaimed his  autonomy  in front of the province of Salta on November 18, 1834.Separation was a claim that had been made since the time of the crown, and it was related to political and economic issues. It is one of the most important dates in the Jujujuño town, so we tell you everything you need to know about this important date.

At the end of the 18th century the conflict between the two provinces worsened, when the authorities of Salta decided to move the royal boxes, which were in Jujuy, towards that province. These boxes were part of the taxes collected and were destined to the Spanish crown through the Viceroynato del Rio de la Plata. In addition, they were part of the income, which was used for the functioning of both Governments.

The province of Salta, which was at that time under the rule of Colonel Pablo Latorre, was at war with the  province of Tucumán. By that time, the country was attentive to the fierce struggle between unitarians and feds. These situations were exploited by the jujeños, who found the right time to start working in their  autonomy . Even, many emigrants returned to Jujuy only to support this cause.

But it wasn't the first time Jujuy tried to  get independent  from Salta. There is a background that marks two different occasions. First, Canon  Juan Ignacio de Gorriti, the first Jujujino deputy to the revolutionary government,  had been commissioned in 1811, but the claim did not prosper.Later, in the 1816 congress, the deputy for  Jujuy Teodoro Sánchez de Bustamante  demanded equal rights and freedom for the peoples of the Rio de la Plata.

But it was Colonel José Maria Fascio, a Spanish military man who had fought on the realist side, who called an open council of the notables of Jujuy and asked the crowd: “Do you swear freely and spontaneously to God Our Lord, by the sign of the Cross, to sustain and defend with your fortune and your life the political independence of this city, its territory and campaign and its separation from the capital of Salta?”.At the answer: “Yes, we swear!“,  a fight was sealed that Jujuy took for years . Thus, José Maria Fascio  became the first governor of the province of Jujuy.

However,  history is consolidated in the Battle of Castañares.  To ensure autonomy, José Maria Fascio invaded Salta on December 13, 1934. The campaign was a success: Castañares fields became the stage where jujeñas and Salteñas forces fought in a contest in which  jujeños entered the capital of Salta.  The then governor of Salta, Pablo Latorre, was taken prisoner and imprisoned.

This victory would give the Jujujuño people their first constitution sanctioned on November 29, 1835, with Colonel Fermín de la Quintana at the head. The new province was formally recognized by the newly appointed governor José Antonio Fernandez Cornejo, who signed the corresponding treaty with Jose Maria Fascio.

However, although the province of Salta recognized Jujujuña autonomy, it was subject to the approval of a national congress which, on the eve of the events that occurred, as a result of unitarian and federal confrontations, was unthinkable. Finally, autonomy was recognized by the national Government on December 18, 1836.

In this way, it culminates a period of struggles and reinvindications of the Jujuy people, whose events were gradually unfolding, but which  allowed Jujuy to establish itself as an autonomous and independent province.