Home Argentine History The 5 Argentines who received the Nobel Prize Argentina, land of gauchos, tango and the best landscapes... Also, birthplace of prominent personalities around the world. The most popular are usually athletes, however the country has brilliant minds in multiple disciplines. Here are some of them. This is the five Argentines recognized with the Nobel Prize laureates in the fields of medicine and chemistry, and for their work in favor of peace.

Bernardo Alberto Houssay  won  the Nobel Prize in Medicine  in 1947. He was the first Argentine and Latin American to be awarded in the area of science for his work in advances in diabetes treatment.He became president of the National Academy of Medicine. And his teaching talent, he attests to the highest degree of efficiency and efficiency of the teams he drove. He published numbers works, and received all sorts of distinctions. He also left dozens of disciples, including Luis Federico Leloir, Nobel Prize in Chemistry in 1970. He died at the age of 84, on September 21, 1971.

A noteworthy fact: Bernardo Houssay was a child genius. He graduated from Buenos Aires National School at age 13 and wanted to study medicine, but because of his early age he could not sign up in the career. Not in accordance with this, he enrolled in the School of Pharmacy and Biochemistry of the University of Buenos Aires (UBA) and took only three years to graduate.Only there he was able to embark on the medical career, receiving himself as a doctor at 23 .

The second prize in this discipline was  Cesar Milstein , an Argentine chemist and biologist,   for his   revolutionary  discovery about  antibodies, in 1984. With his research, the doors of knowledge about the process by which blood produces antibodies were opened.

Milstein studied at the Faculty of Chemical Sciences of the University of Buenos Aires (UBA), where she received a PhD with a brilliant thesis on enzymes. Subsequently, he obtained his second postgraduate degree and took over the Molecular Biology Division of the National Institute of Microbiology. As a result of the military coup of 1962, which overthrew the constitutional government of Arturo Frondizi, Milstein settled in England. In Cambridge, he joined the Molecular Biology Laboratory. He worked on the study of immunoglobulins, developing monoclonal antibodies. In 1983, he joined the position of head and director of the Chemistry, Protein and Nucleic Acid Division of the same house of studies. A year later he won the Nobel Prize in Physiology or Medicine , for his study of monoclonal antibodies. He could have patented his discovery, but he decided to leave his legacy to humanity. He died on 24 March 2002, at 74 years of age, in Cambridge, England. 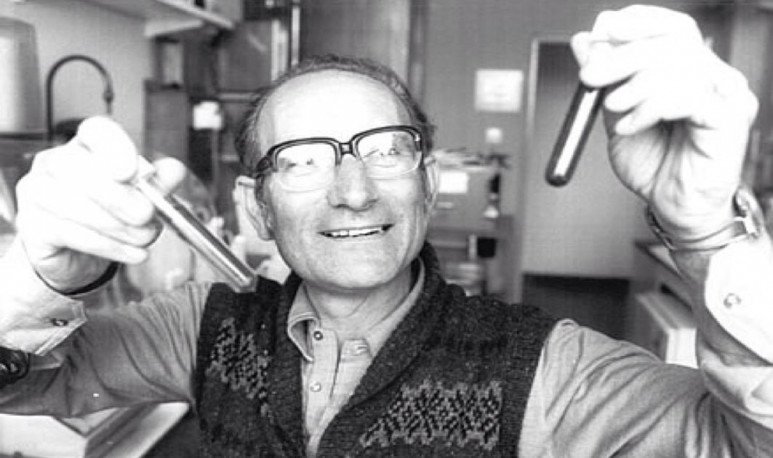 This award went to Luis Federico Leloir , in 1970.The Argentine doctor, biochemist and pharmacist, was distinguished for his research on sugar nucleotides, and the fundamental role they play in carbohydrate metabolism. It is due to the task done by Leloir, the current knowledge about how food is transformed into sugars, and serve as fuel for human life.

Leloir  received a doctorate with honors from the Faculty of Medicine of the University of Buenos Aires. Abroad he specialized in carbohydrate metabolism and was a disciple of Bernardo Houssay.He received recognition from the international scientific community, published numerous papers, was a member of the most select scientific societies and gained numerous distinctions. He died at the age of 81, on 2 December 1987.
Unlike his grandmaster, Leloir was poorly applied in his studies. High school had him wrong to bring, he left a college career and gave up four times the subject of anatomy. But in 1932 he reached his diploma, and a year later, also by chance, he joined Bernardo Houssay,  the first Nobel homeland.

Two Argentines took this distinction.Carlos Saavedra Lamas was the first Latin American to receive it, on December 10, 1936. Argentine politician, diplomat and jurist received the award for his performance in the  Saavedra Lamas  Antiwar Pact  , which was signed by 21 nations, becoming a international legal instrument. During his tenure as Minister for Foreign Affairs of the Argentine Republic, he was awarded the Nobel Peace Prize in the presidency of Agustín P. Justo. He stood out for his performance, for the achievement of peace in the Chaco war. He had a leading role in the mediator group, which performed between Bolivia and Paraguay. As a result of this administration, a ceasefire was decreed on 14 June 1935. It also convened the Buenos Aires Peace Conference from 1 July to 25 October 1935, at which the war was declared an end. He died on May 5, 1959 at the age of 80.

Carlos Saavedra Lamas, came from a family of great Argentine personalities. He was the great-grandson of  Cornelio Saavedra , president of the First Government Board in 1810 and grandson of Mariano Saavedra, governor of the Province of Buenos Aires during the presidency of  Bartolomé Mitre. 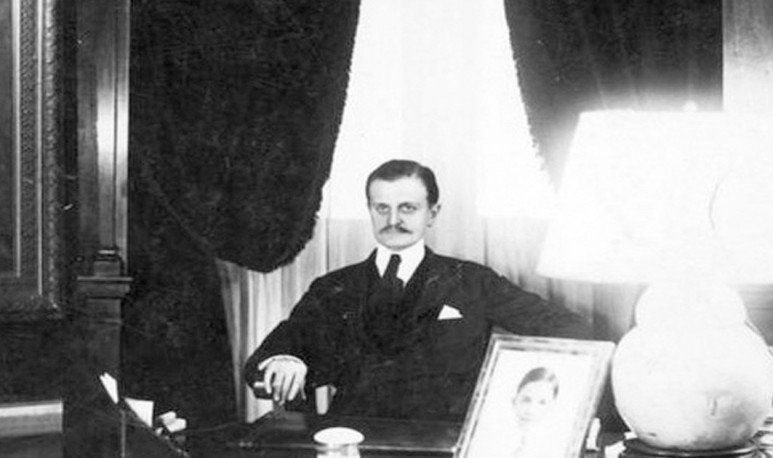 The second Argentine Nobel Peace Prize went to activist  Adolfo Perez Esquivel. Sculptor and architect, but above all things a human rights defender in Latin America. He played for non-violence in Latin America, and in 1972 he aligned with the ideas of Gandi, Martin Luther King and Hélder Câmara. Later in 1975 he participated in the creation of the UN Permanent Assembly for Human Rights.

He worked as a teacher at the School of Fine Arts and also at the Faculty of Architecture and Urbanism of the Universidad de la Plata, until he was discontinued with the military coup of 1976. He was arrested by the military dictatorship, and imprisoned without trial.Esquivel, regained his release in 1978, under pressure from international organizations. In October 1980, while Argentina was still under the military regime responsible for the systematic disappearance of persons, he received the Nobel Peace Prize. Shortly thereafter, he became a member of the Executive Committee, of the United Nations Permanent Assembly on Human Rights. 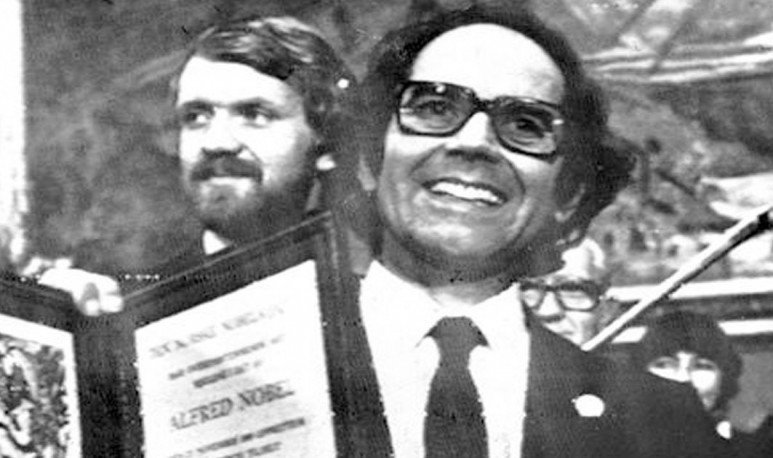