Home Argentine History The 1930 coup: the hour of the sword

On September 6, 1930, the tragic pendulum cycle between democratic and military governments that marked Argentina began. 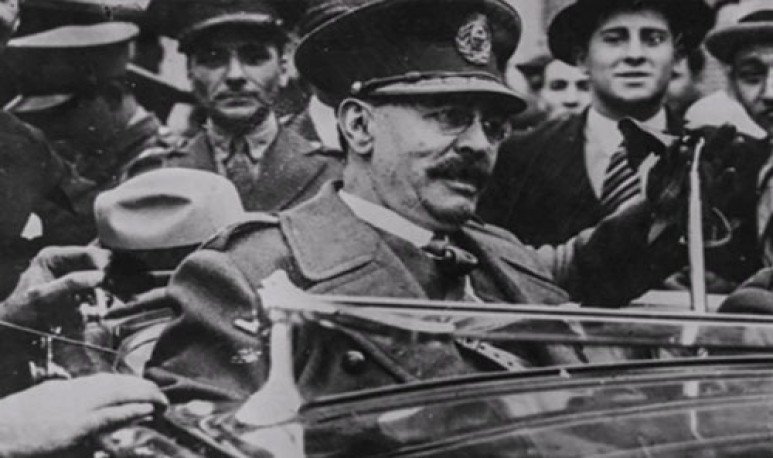 “Go away! The whole nation shouts at Mr.  Yrigoyen ,” headlines the influential daily  Críticaon September 5,  1930, the day before the  national history  will change forever.“The whole city is with the students. Women, regardless of age, social class, workers, merchants, employees, school boys and old lords... handkerchiefs reddened by university blood... slaughtered by Yrigoyenist hitmen... said the students in front of   Criticism   in his glorious and heroic civic day,” referring to the murder of an alleged university student, who later became known to be a bank man, and it was also not clear who fired the shot. Next to the chronicle of the “heroic sacrifice” of last day's students, is the box of ship lieutenant Lauro Lagos, who says the “criteria and virile word”: “The people have direct action.”

They were not preparing for any revolution against tyranny, but to overthrow a democratically elected government in the 1928 “plebiscite”. Even that same year radicalism had prevailed in the country, although with loss of voters in all provinces, falling into the Federal Capital with independent socialists, and with a broken internal front between  Yrigoyen  's personalists and the antipersonalists, nucleated by the former President Alvear .  President Yrigoyen himself,  in response to the alerts of his collaborators, claimed “that they were temporary agitations.” Deposed on September 6, when he had delegated power to his vice president,  Enrique Martínez,  for a flu, a few days earlier, he will soon be confined to  Martín García Island.

To understand this abrupt outcome of a radical G obierno longed  for by the people to another despised in such a short time, we must follow the trajectory of conservative forces, landowners and patrician aristocracies. After the Saenz Peña Law, they felt displaced from power, although both  Yrigoyen 's first government and  Alvear 's mandate had their selected members in their ministries. They feared rather that the second term of the  “Furry”  would extend some lines of wealth distribution, in the years when there were still almost no laws inspired by social justice, and that the timid policy of import substitution and oil company would result in economic nationalism. At a distance it is difficult to think with an aged leader, at times isolated from reality in his home on Brasil Street, although in the papers it could be a danger to the upper classes.

“Social legislation is inferior to the requirements of society... our economic structure is not sufficiently protected... achievements in positive law, in workers' legislation, have stopped unexpectedly... it is necessary to improve the protective legislation of those who work,” president-elect  Yrigoyen said  before a Congress, and the astonished gaze of his predecessor,  Alvear  . A few days later, a conservative deputy replied: “Yesterday was the rents, today is oil, tomorrow will be the rural property threatened with redistribution.” Certy comment, moreover, because for decades it was claimed that the  1930 coup smelled like oil .

A misuse of the name of the Libertador

And while the Conservatives, and many of their own co-religionists, work to destabilize democracy, in the name of “defending the Constitution” and “saving the Republic,” with the sum of newspapers and radios, the military feel that the hour of the sword had come. But this aversion to  Yrigoyen,  who had its class side, was further augmented by a series of measures that radical governments had taken restricting their power, some of which were clearly unfortunate as recognizing “services to the Fatherland” to the radical military of the revolutions of 1890, 1893 and 1905.

The arrival at the War Ministry of  General Agustín P. Justo,   the future president of the fraud in the following decade  , brought together openly discontent without any rebuke  from President Alvear  . And for this he had the express support of the  San Martín Lodge  (sic), a coup organization with fascist tendencies, which at its base called to intervene in politics in order to prevent “the institution — first the Army, then the Executive Power — from rushing into the disorder and anarchy”. Active between 1922 and 1928, coinciding with the ministry of Justo, he drew up “black lists” and divided the military, preparing the ideological ground and the men for 1930. Eduardo Broquen, Luis J. García, José Maglione, Pedro Ramirez — future de facto president in 1943 — and Juan Pistarini — who died arrested by the self-called Libertadora Revolution, who deposed  Juan Perón.   Ezeiza airport  bears its name — among others, they are the sad predecessors of the Farrell, Aramburu, Rojas, Ongania,  Videla, Massera and Galtieri.

Among the military who carried out the attack on democracy were two groups. There were those who accompanied  General José Felix Uriburu , who directly proposed abolishing democracy and reforming the Constitution aimed at authoritarian capitalism settled in corporations, close to the fascist phalangism of the Spaniard Primo de Rivera. In front of them were those aligned with  Justo , who sought to maintain the institutional appearance, favoring conservative hegemony, with the contubernation of the opposition parties. They just wanted Yrigoyen to leave, as Natalio Botana 's diary titled, and outlaw the radicals. In substance, on the other hand, it was an anti-popular effort by elites fearful of losing their class privileges, altering English free trade, and handling the state like booty.

With demonstrations in squares and streets, and marches by a mysterious “Radical Clan”, an armed shock force in Southern committees, the fuse ran fast between July and August. And then, on September 4, bank employee Juvencio Aguilar was killed during a demonstration, near Plaza de Mayo. The coup leaders of all signs use her corpse as a symbol of Yrigoyenist corruption and violence. Luck was cast. The next day a tiny column from the Military College, commanded by  Uriburu,  arrives  at Casa Rosada  and takes power with just “a couple of shots” in Congress. And  Argentina  enters a tunnel of antagonisms that will lead to the bloody dictatorship of 1976.

Uriburu  is erected president with the support of the armed forces and conservatives, and requests a speech from Leopoldo Lugones. “ The Army and Navy of the Fatherland, responding to the unanimous heat of the people of the Nation and the peremptory purposes imposed on us by the duty of Argentines in this solemn hour for the fate of the country, have decided to raise their flag to intimidate the men who have betrayed in the government the trust of the people and the Republic the immediate abandonment of positions, which no longer exercise for the common good, but for the achievement of their personal appetites,” wrote the writer, and who had coined the infamous phrase “the hour of the sword” in 1924. Within a few days the United States and Great Britain recognize the provisional government. The damage is done.

The fish die by the mouth

Sixteen years later, during the inauguration of  Perón,  the conservative leader José Aguirre Cámara said: “We in 1930 made a grave mistake out of impatience, out of sensuality of power, out of inexperience, whatever it was. We open the way to the barracks... and from that moment on, we conservatives are responsible, or at least the culprits, for what happens to the country.”  General Perón  remembered in the same House: “I was very young when I saw  Yrigoyen  fall, and I saw him fall with a wave of slander and insult against which his government could not do anything. The same thing will not happen to me...”, closed the deposed constitutional president. A “young”  Lieutenant Perón  who had arrived at the Government House on the afternoon of September 6, 1930, driving an armored car with four machine guns.