Home Argentine History You used it in your sauce

Instructions to Juan Díaz de Solís are the first organizational document in the Rio de la Plata. And some of his little things. 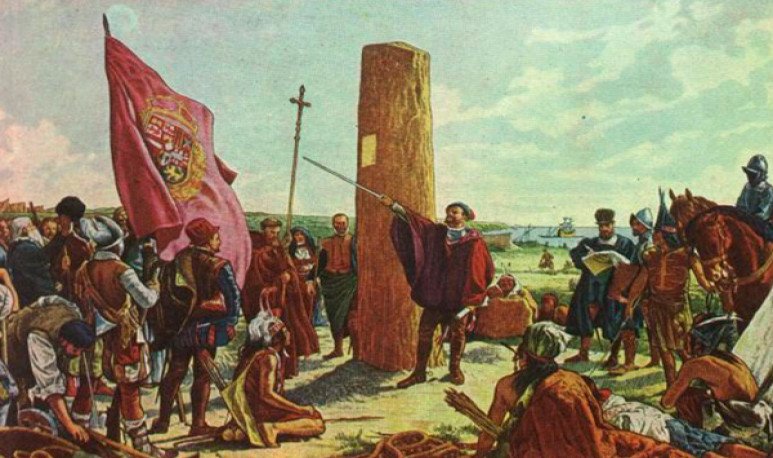 Between Ferdinand II, and Charles V, Imperial Spain had on the horizon around 1514 to govern half the American continent and half a European continent.But he wanted to sail through America to the legendary Moluccas Islands (from the Speciery), and conquer the majestic country of Ofir, in the Pacific Ocean. Unaware of the vastness of the New Continent, he is looking forward to the passage to the South Seas. And so entrust to their senior pilot, “he is the most excellent in his art of the men of his time,” the Portuguese  Juan Díaz de Solis,  replacement of Américo Vespucio, the task of seizing these mythical islands. They give up the journey across the African coast and flame the sails with bow to unconquered lands.

“EL REY.- what you  Juan Díaz de Solís  my senior pilot must do for the trip that congratulations you have to do to bring to discover...  gold  ”, starts this preserved document from the General Archive of the Indias in Seville, and continues the house of Aragon and Castilla in the times he also waged with its expansionist competitor Portugal, “you must see that in this there must be secret and that no one knows that called to give money for it nor do I have part of the trip to the tornada... is to those parts below where Pedrarias is — the governor  Pedro Arias Dávila  who sent from the current Nicaragua to Colombia - and what do you do about the licence for it and the said Lombardas and weapons for that trip... take great care of the lands belonging to the Royal Crown of Portugal... send me the figure already of that coast and write also to Pedrarias... if said  Castilla de Oro  is left on the island”, closes the first part of the precise instructions in a prey plan.

The first ships sighted in February 1516 a great river that  Solís baptized Mar Dulce,  amazed by the magnitude of the estuary of barrosas waters “And it was by this river of dreamera and mud that the prows came to found the homeland”, he wrote  Jorge Luis Borges  at Fundación Mitica de Buenos Aires (1923). Solis  decides to make land on the eastern coast — or  Martín García Island —  seeing that they were followed by the Guaraní Indians, in a river that the natives called  Paraná Guazú  . They barely come down they make contact with the Aborigines and, from that moment on, they are legends told in poems and fictions.

Buenos Aires started by not existing

The same decree arises a first known attempt in the future Argentina  of civil organization, at least in the paper of old Castilian, “the way you have to have in the issue of land possession and part that you discover must be dictating you on land or part that you discover, make before a public scribe and as many witnesses as possible to the most knowingly there would be an order of possession in our name, cutting trees and branches, and cabando or doing if there is any arrangement of a small building and that is in part where there is some hill pointed out a large tree, and say how many leagues is of the sea little more or little less... and make there a gallows and that some bring sue before you or as our captain and judge you sentence and determine, in the way of whom you take the said positionoacute; n... and throughout his party and province or island... witness without saying the scribe that makes FAITH. Date in Mansilla to twenty and four days of November from a thousand five hundred and fourteen years. I EL REY”, with which not only civility, buildings and religion are instituted in the hands of the rulers, but a punitorio system available to a single head, life and death, in this case the Spanish advance.

The failure of  Solis  's expedition was only temporary. Because those who survived began with the myth that sailing along the Rio de Solis, or Mar Dulce, was the Sierra de Plata, also called the Empire of the White King.Some had silver jewelry torn from the tolderías as evidence of the Inca might. The first Spaniards fed the myths that would lead  Pizarro  to the conquest of Peru, ravaging its treasures, destroying its temples and violating the virgins of the Sun. They were those who promised a resplendent road to the City of Caesars by a river that begins to be called  Rio de la Plata  in the greed of the European conquerors.  Sebastián Caboto , who founded the first town in future Argentina, Sancti Spiritu (1527) , at the confluences of Paraná with Carcarañá, Francisco César and Diego García crossed the coastal basin, and the Puntano deserts, looking for the trapalanda bream. Greed caused them to fight each other as the Indians set fire to the first people fed up with being enslaved and their lands violated.

There is also a romantic legend of the chieftain Siripo in love with the Spanish Lucia Miranda, with several novels such as   Eduarda Mansilla  (1860 ), and which derivativesbecause of “jealousy” in the destruction of the first settlement on national soil that had nothing more than twenty ranches - although surrounded by fertile plantings of wheat and corn learning from the Indians, in an advance that Argentine riches were not magical but the result of shared work.

These not entirely happy civilian experiences were perhaps a gloomy antecedent for the capitulation to  Pedro de Mendoza  that his mission was to build fortresses, fortresses, military seats, but not cities. The aim of founding on February 2, 1536 the “Puerto de Nuestra Señora de Santa Maria del Buen Aire” was basically to have a shipyard that builds boats and climb the Paraná River in search of silver and gold.There were no supplies and implements to establish houses or industries, but everything that came on  Mendoza  's boats was used to build rowing and sail brigantines, battels or boats. Such knowledge in carpentry allowed the damaged  “Santa Catalina” carabel to enable the construction of the first Argentine church . We can say that that first Buenos Aires was one of the largest naval crafts companies of the 16th century. But from a city to dwell and grow, not to speak. Something that  Mendoza  himself suffered in his own flesh who had to leave the port to his own fate a year later, both because of the harassment of the Querandis, and for stubbornly following the instructions to found a shipyard and port of defense, not a town.  Buenos Aires was a port, twice because  Garay  also founded it with that title, before the city.

A tasty river of dreams and fantasies

We close with a fragment of  Santafesino Carlos Schlaen  (1948-2012), a notable cartoonist and writer who made in 1987 a graphic novel about the famous book by German   Ulrico Schmidl,  first chronicler of the Rio de la Plata, Litoral, Chaco and Paraguay , “Mar Dulce = delicate and suggestive name that  Juan Díaz de Solis would have given to the  Rio de la Plata . It is that the illustrious navigator had, at the end, exquisite taste. This statement, whose origin seems to be hinted in past folk traditions of these coastal latitudes, constitutes the unique outstanding aspect with which the natives have preserved their memory in time, unlike European biographies that distinguish it exclusively in their way.the discoverer of the wide river. This case, which forms an interesting model of historical relativism, will be easily understandable since  Solís,  seen from the perspective of those indigenous -occasional anthropophages in whose company ends their days- is only a providential visitor who is a ml...aacute; s that brightened their table without having for them, in short, discovered anything new”