The childhood and youth of the procerer are anticipations of a passion for knowledge and a concrete struggle for public education in Argentina and Chile. 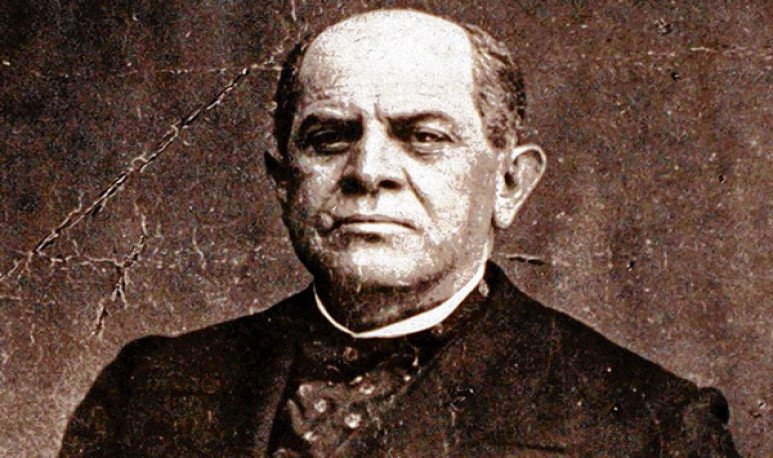 “I believed as a child in my talents as an owner in his money, or a military man in his acts of war,” said  Domingo Faustino Sarmiento  in  Recuerdos de Provincia (1850).  Born  a few months after the  May Revolution,  son of a “diminished” traditional  Sanjuanina  family, came the world as Faustino Valentín on February 14. It was  Doña Paula Albarracín , a woman of an iron will who inherited her stem, who imposed on Sunday to invoke the fate of the devotional saint. And the child Sunday had nothing but the talents that could be made “in the exercise of intelligence as a working instrument”, “born in poverty, raised in the struggle for existence.” At the age of three he began with the first lyrics thanks to his uncle, José Manuel Quiroga Sarmiento. While his father José Clemente joined the  Army of the Andes of Liberator General San Martín , the boy Domingo entered the  Schools of the Fatherland  created by the first Creole governments. There his teachers in Latin, geography —his favorite subject forever— and religion were Ignacio and José Genaro Rodríguez, along with his uncle priest José de Oro , brother of the illustrious congressman of Tucumán Fray Justo Santa María Gold.   “ They all said it, and in nine years of school they did not reach a dozen among two thousand children who had to pass through their doors, to surpass me in the ability to learn,” explained  Sarmiento  , and with words that bring us closer to the man, though he finally harassed me. the school, i the grammar, the aljebra, the arithmetic, by force of having learned them at different times had police notes, I had arrived late, I sneaked without a license, and other devils with which I retired from boredom”, a confession that prologoses the longing modernizing education and that, after  Caseros , was going to be flying from the Department of Schools in Buenos Aires.

This mischievous and poor child lived in tension because of his mother's longings, who wished him to fulfill the priestly destiny of several members of the family, and secure a roof. Let us return to the intellectual formation of the  future president of the Argentines . “Another reading occupome over a year, the Bible! In the evenings after eight o'clock, time to close the store my uncle Don  Juan Pascual Albarracín , presbyter already, waited for me at home, and for two hours, we discussed what was successively reading, from the Jenesis, to the Apocalypse. How patiently I listened to my objections to immediately communicate to me the doctrine of the church, the canonical interpretation, i the remote meaning i received from the sentences! ”, he says. The fact is that the self-taught fervor of the Sanjuanino had to take hold of what could be in a desperate San Juan, which did not reach the three thousand inhabitants, and no libraries.

“It was from that time I started reading how much book could fall into my hands, without order, without any other guide than the perhaps that presented them to me or the news I acquired from its existence in the scarce libraries of San Juan,” he said in the  youth, where he suffered from rejections at the Seminary of Loreto Cordobés and the Colegio de Ciencias Morales, current Buenos Aires National College, and worked as a dependent with his aunt Ángela Salcedo . “It was the first Cicero's life for Middleton, with fine prints, and that book made me live a long time among the Romans. If I had then had the means I would have studied the law, to become a lawyer, to defend cases, like that distinguished speaker, whom I loved with predilection. The second book was  Franklin's life,  and some book has done me rather than this... I felt  Franklin;  and why not? I was very poor like him, a scholar like him, and giving me a lot and following his footsteps, I could become a doctor  ad honorem  like him, and make me a place in American letters and politics,” says who in 1845 would leave for his dreamed states. United States of America and Europe on Chilean diplomatic mission, with the aim of improving “public education”. Two years earlier he had founded in the Transandean country the first normal school in Latin America, of which he drafted his curriculum without university knowledge.

In the late twenties he accompanied his uncle  José de Oro  in the exile of San Francisco del Monte, in San Luis.  Sarmiento  lives in defeat and retreat the turbulent times where the “Tiger of the Llanos”,  Facundo Quiroga  , will melt into his young memory with fire an archetype to elucubar the famous formula “civilization versus barbarism”. On the influence of his uncle, we continue to read in  Memorios de Provincia: “My understanding was molded under the impression of his own, i to him I owe instincts for public life, my love of freedom i to the homeland, i my consecration to the study of the things of my country, that I could never be distracted by poverty or exile, nor the absence of long years. I came out of his hands with reason formed at the age of fifteen, valentón like him, insolent against the absolute leaders, horseback and vain, honored as an angel”, sums up to Uncle José. This dear priest saved  Sarmiento  's life a few years later, when he fell prisoner of the federal Ramirez and Villafañe after the fight of Pilar.

In San Francisco del Monte he founded a school, with only two students much older than him, and he traces some streets with self-apprehended knowledge of urbanism. Two decades later I would say in a celebratory tone: “Why a rare combination of circumstances my first step in life was to raise a school, i plot a population, the same things that reveal today my writings, about Popular Education and Colonies! ”. In just under ten years, in his long Chilean exile started in 1840, he consolidated his political and social thinking, wrote  Mi Defensa (1843),  Gradual Method of Reading (1845) and  Argirópolis (1850), which together are synthesized in what  Sarmiento himself  He said “an essay and revelation to myself of my ideas... a strange book, without feet or head,”   Civilization and barbarism. Vida de Juan Facundo Quiroga  (1845),  the first book of an Argentine translated into four languages.

Before returning to Chile for the federal triumphs that crushed the unitary revolution in Mendoza in 1840, and for his attacks on Sanjuanino governor Benavídez, who despite being aggrieved by the sarmientino newspaper  El Zonda , saved the life of the neighbor, had another experience at the front of the classrooms with the Pensioners' College of Santa Rosa, founded on July 9, 1839. As a result of  Sarmiento  's work with the Sanjuanina Philharmonic Drama Society, which also had Buenos Aires Dr.  Guillermo Rawson  , future minister of  Mitre  , was  the first establishment for women's education in the country  . “In the meantime what is the first condition of those industrial talents that a new custom must put into the hands of our muger, and of that purity and glory with which it must shine in posterity? It is education; education, Gentlemen, we will always repeat it to our fathers, is the essential condition for our muger to rise to his future, and may show his beautiful forehead to the generations that pass by. ”, he proclaimed a few days earlier in the “Prospect of an Education Establishment for Ladies”, the first written specifically referring to  Sarmiento's education.   Some outgoing features of the booklet are the introduction of musical teaching and a strong idea that “schools are democracy”.  Sarmiento  himself was involved in teaching French and his beloved geography, while his sisters Welcome, Procesa and Rosario taught readings and writing simultaneously to take other courses from students. Domingo conveyed in them the love of teaching that they continued to develop in San Felipe de Aconcagua from 1841, when together with Doña Paula and José Clemente they escaped to Chile because of political violence in Cuyo.

“On the other hand, I have been the interpreter of the wishes of the thinker side of my country. A house of education was a need to satisfy, i indicated the means; I judged the time was come and I offered to realize it. Finally gentlemen, the thought i the jeneral interest turned it into a thought i in my interest, i this is the only honor that fits me,”  Sarmiento  closed the inauguration speech of this women's school, under the aegis of the curia, and that unfortunately only hard two years, although he as regent soon ceased because of political persecution. He repeated the constant of his short periods of chalk and chalkboard, never reached a year, a few months in San Francisco del Monte, a few weeks in Santa Rosa de Chile, added to the semester in San Juan.

“What things does a child have to learn to illustrate his spirit,” asks  The Gradual Reading Method , which  Sarmiento  introduced for Chilean education in 1845, and which is estimated to instruct more than two million people: “A child you must know how to read perfectly to learn in books.”  Sarmiento  “with the patience and tenacity of a presidency” educated himself and his biggest dream was that in his biography he said: “If I had to choose a profession, be a doctor or lawyer, I would like to be called an educationist.”

N. de R. The quotes to Sarmiento's texts in original, in Spanish from the nineteenth century, and with the particular spelling of the procerer.