Home Argentine History Sarmiento, 1888: the pen, his sword to the last breath

In the final years the Father of the American Classroom continued tirelessly for the dream that revealed him: to educate the sovereign. 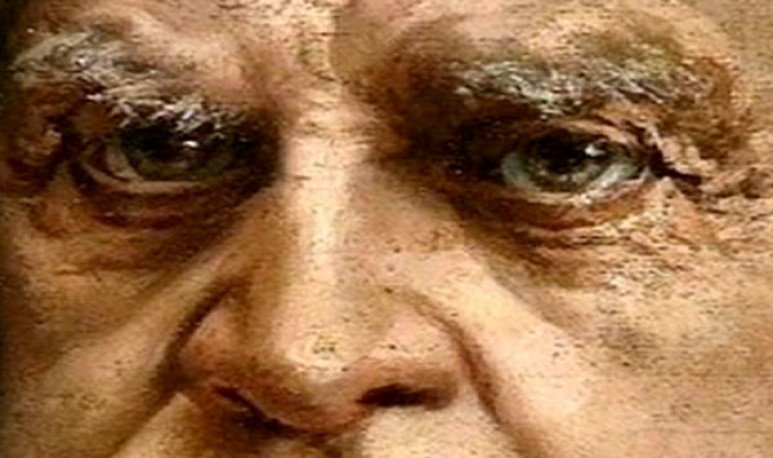 A  Sarmiento  seeking peace and health arrives in a warm winter of 1887 at the port of  Asunción  . His health is broken by a strong bronchial condition plus heart failure. But most of all, the political animal was hurt and cornered. Rockism had marginalized the  “crazy” Sarmiento  from the political arena a year earlier, who intended to succeed Roca himself. And he had not only removed him from the central power, but he had humiliated him in his own  province  , making him lose to a disgraced by the council: “A former  president of Argentina! ”, roar. For the landlords who ruled he was a “petulante chinito”, when he had accepted him among themselves before.“The decent people, to whom I have the honor of belonging,” said the procer bitterly, “except that I have no stays. I'm like  Rosas now.  A deserter from my ranks” ranting to the “oligarchs who smell like cow's ass”. “ Sarmiento  is a little old,” his other great enemy, Mitre, told his intimates.  So, harassed by both flanks, the Sanjuanino decides to embark on a long tour of the country's cities and receive him in the stature of legend. “Wherever six people meet to discuss education,” he said, “in Rosario, in Tucumán, in Mendoza, I am with them and receive my share.” Simultaneously, a cholera epidemic is unleashed that would be another determinant to push him into  Paraguay,  a country with which he had fought, but never visited, and little knew.

The tranquility sought at the beginning becomes constant turmoil as soon as it reaches the Paraguayan capital of liberal Patricio Escobar. Banquets, trips in modern Tranway, extensive horseback riding through the Paraguayan interior and more honors in public and private schools.  Sarmiento  feels rejuvenated. Again he was the “volcanic man of great talent and tireless energy”, wrote the reporters. Installed in the hotel Cancha Sociedad, it was another tourist attraction writing until the morning, or working in a small vegetable garden that would later be the site of a future home, Paraguayan kindness for a public subscription. Another courtesy, from the US government this time, was an insulated prefabricated house, a kind of 19th-century smart house designed to regulate the temperature.

Sarmiento, analyst of the Paraguayan reality

During that first stay in Guarani soil he continued to write and polemize from the Paraguay River to the Rio de la Plata, as in the times of federal and unitary. Already in his early days he wrote articles in favor of public education in a country that was not yet replenished from the devastation and genocide of the  War of the Triple Alliance , helpless and with a small population, 300,000 inhabitants, 85% illiterate. He proposes the foundation of schools of tacuara. From  Buenos Aires  , the criticism comes making it ridiculous, to which  Sarmiento  retracts: “It is preferable to have an illiterate Paraguay or a Paraguay with tacuara schools but with a people who read.”

Then he began to write a series of articles in  Paraguay Industrial , where he proposed free navigation and cultivation from tobacco to exotic fruits such as pineapple, when there were neither the labor nor the necessary resources, absorbed by Buenos Aires and the Argentine coastal basin, or a public instruction that extinguishes Guaraní, “as the Spanish language, the government language, the cult, the books are extended”. He also publishes a series of essays that integrated the last book completed in life,  Condition of the foreigner in America . Here  Sarmiento  advocates the naturalization of immigrants and measures to identify with the country that hosted them, such as the elimination of schools from communities that were beginning to multiply in  Argentina  .

A brief return to an indifferent  Buenos Aires  , and the memories of the afternoons “with the smell of orange trees” or “the Pilcomayo river, that virgin forest whose trees dropped their bouquets as a royal pavilion”, return it in May 1888. And he would no longer return to his beloved  Argentina . In early September health deteriorates by leaps and bounds, especially after an afternoon helping in digging a well for a house that did not come to inhabit. The doctors saw the gravity of the painting and mounted the exceptional four-hour guards.  Sarmiento  requested that they adorn a room, an improvised construction annexed to the current Gran Hotel Paraguay, the former residence of Madame Lynch, the companion of the “barbarian” Solano López, with jasmine and diamella, the favorite of her great love, Aurelia Velez Sarsfield . I felt the end: “I feel like the cold of bronze invading my feet.” But he did not falter, stoic and courageously: “I have respected your beliefs without ever violating them. Give me back that respect now. Let there be no priests by my deathbed. I don't want the dignity of my life to be compromised for a moment of weakness,” she confesses to her daughter Faustina.

From the chair he liked to read, with the lectern where he continued to write his articles full of passion for defending an educated homeland: “I admire the moderation of the moderates, of all those who do not care for the interest of their own ideas”,  Sarmiento  asks a grandson to bring him closer to the window: “Put me to see the sunrise.” And his eyes closed with the first lights.  It was September 11, 1888.  His body, embalmed and wrapped in the flags, Argentina, Chilean, Paraguayan and Uruguayan, part in the steam  General San Martín  towards Buenos Aires. He arrives in the city of Buenos Aires, which had attacked and ignored him in recent times, and is greeted by an imposing crowd with the words of  Carlos Pellegrini: “The most powerful brain ever produced by America.” And on his tombstone of the Recoleta Cemetery you can read the legend chosen by  Father of American Classroom, Domingo Faustino Sarmiento: “One America/all of the gods, /with/tongue, earth and rivers/free for all”

A few years earlier, Paul Groussac , future director of the National Library, had shared several days with Sarmiento in Montevideo. And it was astonished that a man over 70 would eat “slices of piglet with the appetite of a castaway,” or swim a cold day on the beach in Pocitos. Closing an image of the last  Sarmiento , overflowing, vital, teacher of life, speaking in the eyes of the students of a school of arts and crafts: “It was not properly a speech, but a family speech... with accompanying mimicry, grimaces, blows on the table and communicative laughter. Out of two or three arias of bravura... all the rest was an impromptu monologue about what could happen to a man of immense talent... he poured into full hands a flow for ten official speeches: he threw solid truths at the head of those who wanted to receive them, alternating handfuls of coarse salt with the precepts of high wisdom... he roared the same demon of eloquence... to reproduce that speech by memory and by scoring, would be a betrayal: it is necessary, as Esquines said reminding a triumphant rival, to 'have heard the monster'”.