The future Liberator was a key piece in the little-studied Assembly of the Year XIII, our first congress. 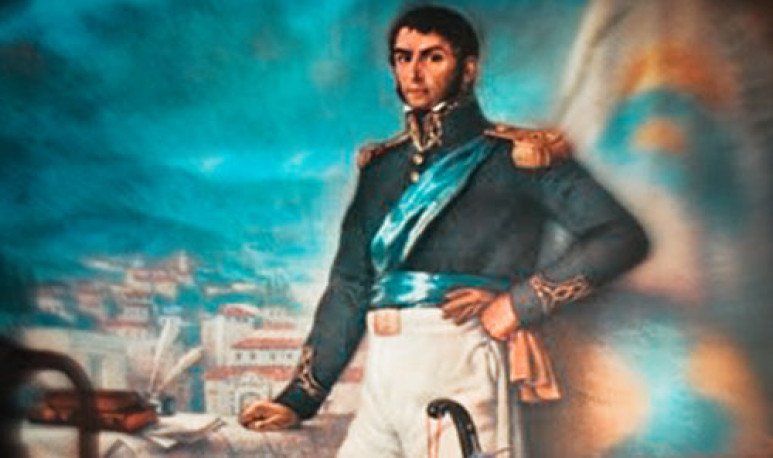 In the Atlantic, in Cadiz and London, American patriots gathered in secret societies encouraged by Venezuelan Francisco de Miranda. In those lands most of the future continental heroes come into contact, among them was a lieutenant colonel slightly older than the rest, but with the fire of revolutionizing the new Latin American countries.  José de San Martín  was about to undertake one of the most colossal libertarian actions of Humanity from scratch. Because he was a perfect stranger when he stepped on the port of  Buenos Aires  in 1812 after fifty days aboard the Canning, on a journey financed in part by his British Masonic peers.

To explain how this unknown military man with an Andalusian accent, who provoked the mistrust of the Porteans, persisted many years later in a letter prior to the  Crossing of the Andes , “for  Buenos Aires I will always be a suspect”, his membership is fundamental. to the Masonic lodges and, at the same time, his key role as ideologist of the coup that dismissed the first Triumvirate in 1812 and called for the  Assembly of the Year XIII.Saint Martin, coup ?  Yes, he marched with his newly trained grenadiers with the proclamation “troops are not to sustain tyrannical governments.” It was against a government that had abandoned American revolutionary principles, leaving General  Manuel Belgrano  to its fate in the north and disregarding the problems of  José Artigas  's Oriental Band. This military coup, supported by  Carlos María de Alvear  from the political level, paved the way for the declaration of  Independence  , the indispensable step for the influential  Lautaro Lodge  and the radical  Patriotic Society  , and a Constitution, a rather secondary objective for  Saint Martin  despite his Republican ideals.

Alvear  and  San Martín are so in tune,  that spring of 1812, that in a meeting following the aforementioned civic-military coup, and according to Juan Canter in  The Secret and Literary Societies , Alvear emphatically argues that “governments should have nothing to do.Let us remember that a couple of years later he will become quasi-dictator as supreme director; at the same time he raises the question of independence .Even both agreed that the declaration of    Independence    should be later, and not earlier than the Assembly that they proposed to convene, as the Allied Radicals fought,  John Jose Paso . The member of the  First Board  tried to call a new Assembly, and replace Nicolás Rodríguez Peña and Antonio Álvarez Jonte in the Second Triumvirate.  San Martín  and Alvear  joined forces to disrupt this new coup encouraged by the most extremists.

The founding Assembly of the Year XIII

A separate paragraph deserves this  House,  which was a prophecy of various problems that would afflict national agreements. Because, on the one hand, it had the presidency of  Alvear  on a path of concentration of power and, at the same time, questioned the different models of the provinces and Buenos Aires. Likewise, it can be said that reality extinguished the narrative, in current terms, since the postulates of equality, sovereignty and revolutionaries of the vast majority of patriots ended in practice with a series of articles that, although not minor, were far below the expectations that existed at a time when it seemed that  America  would soon have free and egalitarian countries. And sovereigns. The freedom of bellies for women slaves and the suppression of human trafficking, the end of forced slavery of the Indians, mechanisms of political representation, the strengthening of individual and property rights, a new legal order creating the Appeals Chamber, the first amnestiesthe politics of  Argentine history, trade and industry franchises, prohibition of torture and burning of the terrible gadgets of the Inquisition in the Plaza Mayor, among other civil and Republican achievements, are no small thing for a country that has not yet recognized itself as such nor had strong institutions. Much less respect for the law.

The deputy who was not

And, in the backstage of all these measures,  St. Martin  was still putting ahead of the independence phlegm. And then he did not hesitate to be postulated by the province of Catamarca, knowing that he was a kind of  sui generis testimonial candidate,  with the sole intention of reinforcing his influence as Venerable Master of the Lautaro Lodge in pursuit of  American emancipation. In a great discovery by historian Pablo Camogli, in the Historical Archive of Catamarca, one can read from the election of December 1, 1812 in the catamarque council: “They elected and appointed as representative of this town the colonel of regiment number 2 of Patricios Don Francisco Antonio Ortiz of Ocampo who by legal impediment may replace the commander of mounted grenadiers Don   José de San Martín   or Dr. Pedro Pablo Vidal”. Both Ortiz de Ocampo and  San Martín  declined the offer because of their military tasks. Since Vidal was not able to hold office, since he had been appointed by Jujuy, the priest José Fermín Sarmiento was finally elected.

While in the first week of January 1813 the deputies arrived in Buenos Aires from Alto Peru to Cuyo, from the Banda Oriental to La Rioja, to pave the way for  independence  with the advances and setbacks of the  Assembly of the Year XIII  ,  San Martínmarched to his baptism of glory at St. Lawrence .