At school we learn that he was a relentless warrior. However, the Liberator avoided whenever he was able to draw his saber. And liberated a continent. 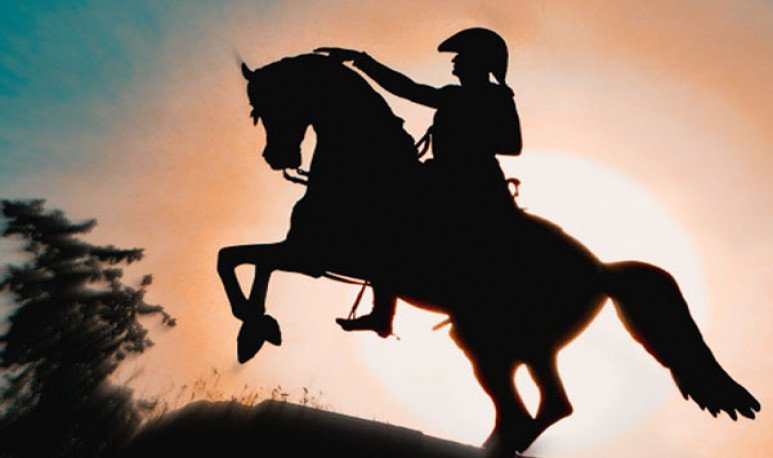 At the age of 33, José de San Martín  was an experienced lieutenant general of the Spanish Crown, who had served in infantry, cavalry andnbsp; to the navy. So he knew the face of death very well. While guarding the Royal House in Madrid, Ferdinand VII fell and violent riots shook the capital of a dying empire. Called with his men in a house, a gunshot blows up the door, he is buried and his captain tries to flee through the rooftops. In vain. He was butchered by the mob. From that day on, an aversion to massacres has remained in the memory of the experienced military, alien to political passions, whatever cause they may be.

Throughout his time in  South America , incredibly decade-long,  St. Martin demonstrated more than enough humanist principles. And that deaths had to be avoided at all costs, including that of his enemies, his former realist comrades. When in the first victories in  Chile , especially after the decisive  Maipú, which was the  American gale that rumbled to  Simon Bolivar 's Venezuela, there was a rumor that prisoners were being executed on the battlefield,  St. Martin  himself made clear the humanitarian treatment in the conflict. All the captured Spaniards were treated properly, a concern that the  Liberator  in  Cuyo  had already shown with the prisoners, and those who wanted to return to  Spain  were released.

Another example of piety was the order not to execute for treason the perfidious brothers Juan José and Luis Carrera, some  Chilean  aristocrats who played in their favor in the midst of the struggle for independence. Detained in  Mendoza  while trying to pass to Santiago, they had already provoked the retreat of the  Chilean  revolution of September 1810 with their intrigues and personal vanities. Unfortunately for them, the request of the  Argentine patriot , supported even by Bernardo O'Higgins, the political enemy of the Carrera, arrived late and the sentence signed by Bernardo de Monteagudo was fulfilled. Another  Chilean  anecdote of the great captain's kindness is when his loyalists intercepted compromising letters from wealthy  Chileans  who supported realist general Mariano Osorio after the American defeat in  Cancha Rayada  . Carefully, one by one,  Saint Martin  burned the letters in the solitude of his logs, and no one ever knew who the authors had been.

Even before arriving in  Peru , a group of Spanish liberals Freemasons heads to  San Martín  recognizing their “good humanist principles” and hoping that “you unÁ is to the virtuous men on both sides, and let them all march under the same flags to fight despotism.” His campaign in Inca lands, which began with negotiations with Viceroy Pezuela to prevent bloodshed, and proclaims to the Peruvian people in order to generate support, got his entry into  Lima  in 1821 without a shot. The more than 4000  Argentine and Chilean soldiers, much smaller than rival troops, reminded them that they did not conquer a strange land, but rather liberate it. And severely punished any act of abuse or abuse during his years as Protector of  Peru . But reality struck him again when the indigenous people of  Cangallo , loyal to the Revolution, were razed to its foundations by the orders of José Carratalá, a bloodthirsty  Spanish particularly cruel to the natives. He immediately realized, in December 1821, that he needed to put an end to these injustices and his decision to ally with  Bolívar  was inevitable. Unfortunately, the Buenos Aires homage to these indigenous heroes, which was instituted in a street by a bitter rival of Bernardino Rivadavia , was forgotten when Cangallo became Lieutenant General Juan Domingo Perón in 1984, except in a few blocks from  Parque Centenario .

Saint Martin, the Moralist in Action

Thinking of the warrior  Saint Martin  is an authoritarian invention that is less than a hundred years old. During the 19th century it aroused all kinds of controversy, even some called it “soldier” or “political by necessity”, although others clearly affirmed the humanist dimension, as it appears in the first biography written to the  Liberator , by Chilean  Benjamí; n Vicuña Mackenna: “The campaigns of  San Martín are without battles. He has fought war without tears and blood like Washington.” It was in 1930, with the overthrow of the second government of  Hipólito Yrigoyen  at the hands of  General Uriburu  , that the “hour of the sword” would erase the human scale, and forge the bronze. The last attempt to transform  San Martín  into a secular procer, who is “a moralist in action” afflicted by his ailments and not a superman, has his swan song in  Ricardo Rojas  's  El Santo de la Espada . All mentions of the general's liberalism were omitted, not to mention his links with Freemasonry, the deadly enemy of  Catholic nationalism . A reactionary movement that solidified with the coup of the military of 1943, and the militarist glorification of Peronism on the centenary of the death of the  Father of the Fatherland . Even in the fifties the images of that European exile of the Levite disappeared, who was bitterly shy of the struggles between his brothers. And finally, the metal silenced the Sanmartinian soul.