A subject of confrontation and silence, the Masonic filiation of José de San Martín is not only relevant, it is fundamental to understand his actions. 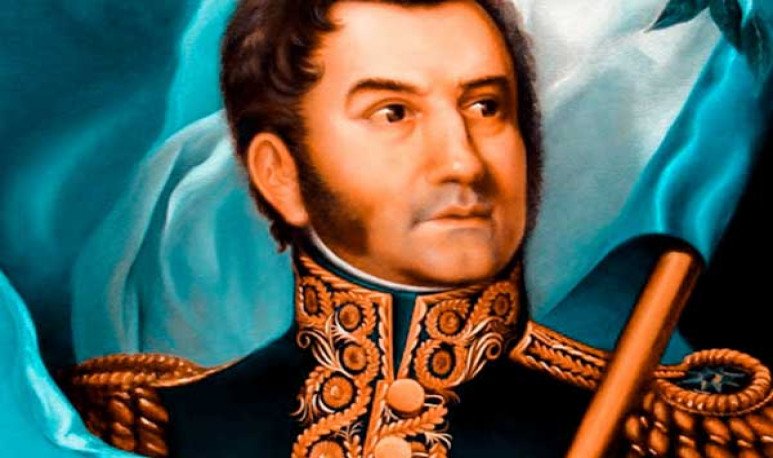 At the beginning of the 19th century, the Spanish city of Cádiz was a hotbed of republican ideas contrary to the Spanish absolutist monarchy, which would result in the monarchical-republican Constitution of 1812 and included equal rights between Spaniards and Americans. In this passage of humanist and liberal  Spain  against clerical and reactionary  Spain  , the contributions of the Masonic lodges were fundamental, in particular the Lodge of Cadiz, made up of Creoles such as the Chilean  Bernardo de O'Higgins  and our  José de San Martín . History still does not give enough weight to the influence of Latin American independentists Freemasons in the construction of modern Spain.Nor is the importance of the Spanish liberal and Freemason Rafael del Riego y Flórez, who, with his insurrection in 1820, delayed the repression of the colonies prepared by Fernando VII.

San Martín  was initiated Freemason in the Integrity Lodge of Cadiz and, in 1808, received the third degree of Freemasonry, the corresponding Master. So he had a senior position inside the secret institution. There the procer establishes contact with other compatriots such as  Carlos María de Alvear, Matías Zapiola  and  Francisco Chilavert  , who sailed from London in 1812 on the Canning frigate for an unknown  Buenos Aires. And with the secret plan to liberate a continent .   St. Martin  had over twenty years of impeccable service to the King, so it is not surprising that he was granted permission to graduate in the New World, although he cited familiar issues in Lima. He knew perfectly well that they would never let him arrive in a city of Buenos Aires that was the symbol of the uprisings in the colonies. Another point he knew was that he needed a political structure, a logistics that would allow him to pool loyal forces. Then play the Masonic filiation as crucial.

Freemasonry in the Independence Years

In broad terms, Freemasonry has a symbolic aspect, for ritual and formative purposes, and another operative aspect, which encourages the conquest of the spaces of government to carry the slogans of free thought, democracy, solidarity and justice.  Saint Martin  was impregnated with a liberal philosophy that had to be concretized in practice, and the lodges were “a resource to centralize the forces only to end, and to keep an entire country in that direction rebound and submissive.” Already in  Buenos Aires  there was a very active Masonic structure in the  May Revolution  , the Lodge of San Juan, which maintained fluid contacts with the Hispano-Americans of Cadiz. So the conditions were given for the birth of the famous  Logia Lautaro , with the head of  San Martín , and fundamental in propagating emancipatory ideals. It is worth noting that its name is not inspired by the Araucana Legend of Ercilla, but was an intentionally Masonic and symbolic word that meant “expedition to Chile”, and that only the initiates could understand. This is a misrepresentation of certain totalizing stories that try to erase a different thought, which advocates religious tolerance and, above all, the fight against all dogmatism.

The influence of the  Lautaro Lodge  was decisive in those early revolutionary years, as they are represented in the most libertarian articles of the  Assembly of the Year XIII  , although it also became a weapon of power that tried to remove the same.Simo  San Martín , sending him for a suicide offensive by  Alto Peru . But this displacement not only caused the  Liberator  to activate an incredible network of independant lodges of Masonic descent, which nourished his army with a high degree of homogeneity, but also allowed him to tour the country for the first time and convince himself of a plan to carry out.iacute; to freedom across the mountain range and the sea. “The  Fatherland  will not make its way on this side of the North. A small, well-disciplined army in Mendoza, would pass the Andes, and counting on the friendly government of Chile, will go by sea to Lima. As long as we're not over Lima, the war won't end. Here's my secret,” he wrote to his fellow Freemasons in  Buenos Aires,  including the supreme director  Juan Martín de Pueyrredón  , who responds to urgent requests for war resources, a few months before the immortal crossing: “Do not ask me toaacute; s if you don't want to know that I have dawned hanging from a fortress strap!”.

Before liberating  Chile,  he established the Lodge Army of the Andes, made up of Argentines and Chileans, Creoles and mulattos, which was based according to  San Martín  the “philanthropy... I am sure that it will not only promote the good of the country., but its basis, which is the establishment of public education.” After the victory of  Chacabuco  , the Logia Lautarina was established in Santiago and, with the arrival in Lima in 1821, the Logia Paz y Perpetúa Unión emerged. The Masonic Continental Plan of American Independence would be completed by Guayaquil's embrace with the other great Freemason Liberator,  Simón Bolívar.

A story to be discovered, the Argentine Freemasonry

Saint Martin  's refusal to speak in life about his relationship with Freemasonry and secret societies is well known. The Masonic oath of silence went beyond death. This perhaps led to systematic denial in  official   stories  from the 20th century, coupled with the persecution of Freemasonry initiated by the  Argentine Church  and ended by  Juan Perón  , despite the fact that almost all the protagonists of the  Independence  and the Generation of the '80s  belonged to some lodge. What was the motto of the  Lautaro Lodge , which did so much to make us free with the sword and soul of  Saint Martin and so many others? “Union, strength and virtue.”