Far from the militarist accounts, the public life of San Martín had outstanding actions of a statesman in the civil service in Cuyo. 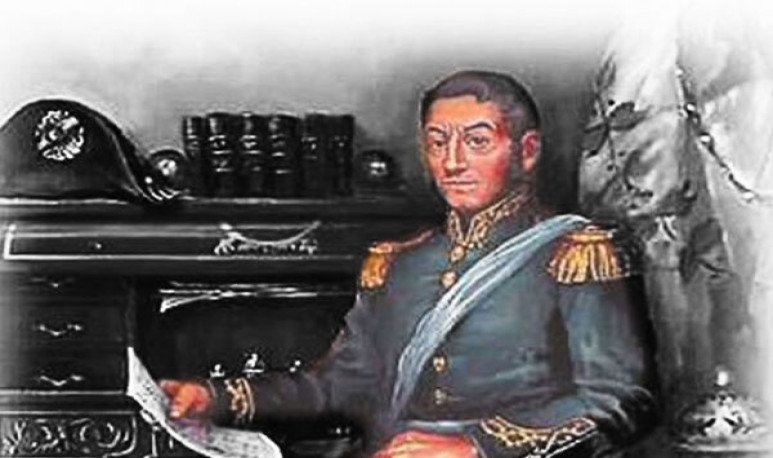 When the Buenos Aires authorities decided to move  José de San Martín  to the Cuyo region in 1814, they speculated to move him away from the political center. But in that Intendencia, which made up  Mendoza, San Luis and San Juan , the  Liberator finally found firm ground in his  homeland and brothers willing to give their blood for  independence.The famous “sula cuyana ”, who was proud of the General until the end of his days, consolidated itself in the twenty-eight months that he was in charge of public affairs, while training and arming the Army of the Andes .

The situation in the  Cuyo  region had nothing to predict the modern state left by  San Martín . The 45,000 inhabitants were supported by an agricultural and livestock economy from the Colonia and survived with strong commercial ties with  Chile , from when they were part of the neighboring Viceroyalty, before the annexation to  Córdoba in 1776. For this reason,  Cuyanos  saw with good eyes the autonomy that came with a famous military, winner of  San Lorenzo  , reorganizer of the  Army of the North.And it increased when he took immediate measures for the health and well-being of the people, improving education with the pioneering “School of Arts and Crafts”, an advanced industrial college of the time; introducing the smallpox vaccine that he had seen in the Napolean armies & oacute; nic; and irrigating the farmland. In addition, it stimulated mining activity in order to provide resources for the army, encouraging the extraction of sulfur, silver and lead; it drew up the cadastral plan of Mendoza, and with that it worked to advance almost 200 years to the municipal strategic plans; andoacute; the relationship between employers and workers. He was a tireless advocate of culture and the arts, encouraging the creation of libraries and museums. And it also protected the wine industry, with measures that lowered taxes and encouraged local production. Tight summary, not bad for a public job less than three years.

A Father of the Fatherland

Witnesses of the time remember that he was seen almost as a  father  to the Cuyanos, although he rejected flattery and luxuries. He lived alone next to Remedios and Mercedes, since August 1816, surrounded by an employee and two secretaries. He wore a simple grenadier uniform, with a cockade on his hat, and worked from early morning to late at night, mainly due to insomnia and stomach conditions. They say his only luxury was a black tobacco cigarette that he smoked after a black coffee. That, of course, he was preparing himself.

One of the anecdotes left for posterity, and that demonstrate modern ideas about childhood and education, as well as the beloved place in the heart of his people, is when he had to decide whether corporal punishment in schools, the traditional and brutal scourge, a consultation of Don Javier Morales to the Cabildo. And St. Martin replied: “Being the butt a body part and modest eyes very bad cista, where it is intended to punish when it cannot be heard, it cannot be seen, I declare it is not necessary”.

Such an attitude detached from the material, inflamed with service to others, justified the  Cuyanos  defending it in the so-called “municipal revolution” of April 1815, with which it helped to weaken the Alvaerism in power, already migrated in the north and the coast. With this,  San Martín  assured that, beyond the political swings of Buenos Aires, the island of Cuyana was its rock. And time, like so many other times, gave him the reason: when he arrived in Lima on July 6, 1821, the Directory of the United Provinces of the Rio de la Plata, which had given him the order of the American plan, was a memory.

“ Give it up when the Americans have no more enemies”

The words remain in  the newspaper El Censor of Buenos Aires on December 12, 1816: “Mr. Censor, at the end of the post I am told of that capital to have asked the Cabildo of this city, before the supreme director, to give me the job of a brigadier. This is not the first officiality of these Chapter Lords: already in July of this year, they implored from the sovereign Congress — N. E: Tucumán — that I be appointed general chief of the army. Both efforts have not only been without my consent, but have greatly mortified me. We are in revolution, and at a distance you can believe, or make you persuade geniuses that are not lacking, which are perhaps my suggestions. I therefore ask you to put this statement in your newspaper with the following addition: “I  protest in the name of the independence of my homeland never to admit higher rank than I have, nor to obtain public employment, and the military who possess renounce it at the moment the Americans do not have enemies . Do not attribute by virtue of this exposition, and do the desire that assists me to enjoy peace of mind for the rest of my days.”

Sources: Espejo, G.  El Paso de los Andes: Historical chronicle of the operations of the army of the Andes for the restoration of Chile in 1817. Mendoza: Edifyl. 2017;  http://www.mendoza.edu.ar/jose-de-san-martin-mentor-de-la-mendocinidad/ ; Mitre, B.   History of St. Martin and American Emancipation. Buenos Aires: Latin American Editorial Center. 1981 .