We tell you the story of an icon of the Entrerriana society. A woman who revolutionized society and devoted herself to educating until the last days of her life. 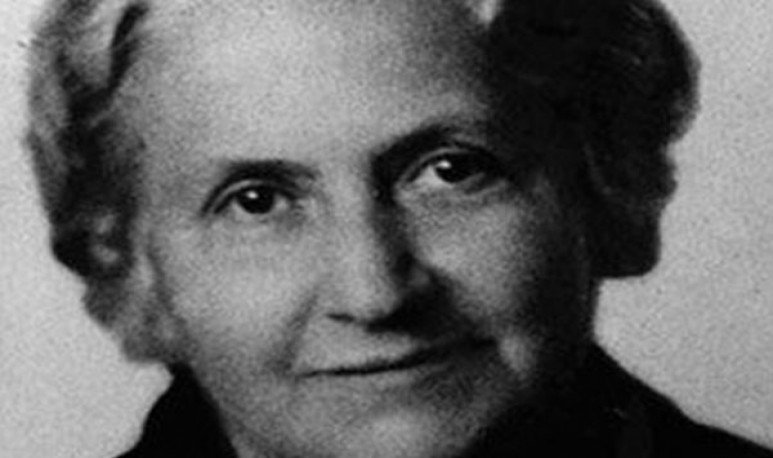 This is Rita Latallada de Victoria, an Entrerriana woman who gave her heart to education.   His life is a landmark in Entre Rios society and he won many awards  for his performance . However, outside Gualeguaychú, his recognition dissolves because few people know who  this woman of enormous courage and heart was.

She was born in Ceibas, Islas del Ibicuy department, on December 19, 1870. She studied to become a  normal teacher and professor of Science and Letters.   She was a student of Sara Eccleston and recognized by  Sarmiento, along with her colleague  Rosario Vera Peñaloza, as  an essential figure in early education.  Rita founded schools, carried out the first kindergarten creations in the country, and was distinguished at the Chicago Pedagogical Congress.  Her life was an impetus to the education of Argentine peoples , as her conviction that only good training can transform the world prompted her to continue fighting to create establishments and educate.

During his childhood, his father Juan Bautista Latallada was in Ceibas as a surveyor and senior master of works. Rita did her elementary school in San José de Gualeguaychú, where her home was and her family resided. As a child, she attended with her sister Felisa and several neighbors, accompanied by her mother, to the  Argentine Educationist's Library,    Today Popular Sarmiento . At the time, the establishment was run by  Don Justo Echazarreta, a bookseller cultivated and with extensive knowledge  about the world. He looked after with conviction and security all the heritage of that institution of which he was his natural librarian.  The copies of that library remain relics and iconic works,  among which are classic, but also modern books.

Rita followed a popular library tradition to the letter.    Tradition was  that every young man received by the librarian's hands  one book per week.  They had to read it over the course of the week, and then comment on the future visit to the young bookseller. It was important for each reader to have clear  the content, author, style, literary genre as well as the context of the work,  to generate  more consolidated and nutritious debates.  It is said that Rita was involved  in this dynamic  since she was six years old.

Rita Latallada received as a normal teacher in Paraná and then studied simultaneously the teachers of Science and Letters and Kindergarten. Dilecta's student of Sarah Eccleston,  received congratulations from Domingo Faustino Sarmiento  when he observed one of his classes. He practiced teaching at the preschool level from 1888 to 1893.  All those years they consolidated her personality  as  an emblematic figure of education  and as a professional without limits, but  with clear objectives.

At her twenties,  Rita founded the School of Children in Paraná, which was later called the Model School.   He directed it until 1895. In addition, she also founded the Escuela Normal de Maestros de Esperanza (Santa Fe), of which she was regent and director.

In 1899, he moved away from teaching to  marry Maximio Victoria.   Another figure in education, who had just created the Popular School in Curuzú Cuatiá (Corrientes), after performing in Tucumán and Santiago del Estero.  Next to him she was the mother of his seven children.  In 1904, Rita Latallada returned to  teaching  when she said she was seriously ill. After that, they move to Catamarca where Victoria founded the Regional Normal School and dictates the professorships of French and Pedagogy.   In 1907, they returned to Paraná together.

At that time, Maximio Victoria succeeds Leopoldo Herrera in the direction of the Normal School of Teachers. She, thirsty for knowledge, takes the  chairs of Pedagogy, Methodology and Pedagogical Criticism until 1921,   when she retired .

In addition to teaching,  she was president of the Sisters of the Poor Society and a founding member of the Charitable Society.  In 1935, he founded the  Prodiffusión del Kindergarten Association,  which taught courses  to train teacher gardeners. Since 1937, the National Government has managed the creation of kindergartens in the country, thus founding the Bernasconi Institute Garden, the Sarmiento Normal School and the Gualeguaychú Normal School,  among others.

His pedagogical works are prolific and indispensable for a time when  education needed a supernatural impulse.   Rita had that strength, that restlessness  and that desire to educate . Therefore, in 1898 he received the diploma of  Honorary Vice President of the Chicago Pedagogical Congress.  Rita died in Buenos Aires on January 26, 1958, after having influenced the educational field of many Argentine provinces. He was 87 years old at the time of his death, lived surrounded by friends and was  in full state of lucidity.  Rita died, but her strength and struggle is still alive in each of the Argentine teachers.

Argentina's colonization: from failure to success

Raúl Alfonsín: the torch of democracy

Saint Martin: the guri of Yapeyú