Home Argentine History Perón in exile: the general in his maze

The justicialist leader dominated politics for twelve years, effectively in government, and diecocho at a distance, between America and Europe. Travel diary. 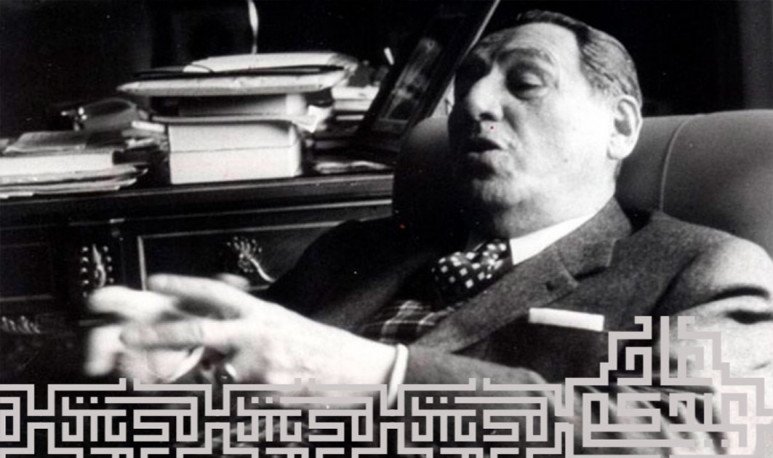 A national sport is the forced exile of political leaders. It happened with the unitarians, it happened with the radicals and it happened with the Peronists. It happened with  Alberdi, Sarmiento and San Martín,  who lived more abroad than in the country, and it happened with  Perón.  The general loved to compare himself with the last two heroes, who, like him, the Argentine army had withdrawn the honors and declared “traitors of the Homeland”. The American pilgrimage of Perón (1955-1959) ended in a suspicious  Spain of dictator Franco,  whom  Peronist Argentina  had saved from famine in 1946-1949. Behind was the Paraguayan canora who had taken refuge   in him  on September 20, 1955 , labeled the “fugitive tyrant”, and you expressed orders from the military coup leaders to “end the question” of the intentions to bring the military to the country.; the final consequences of the directives of the self-styled Libertadora Revolution were not in doubt, they had already bombed the Casa Rosada and Plaza de Mayo on  16 June 1955  , and on that day they severely punished the coast of Mar del Plata with Navy ships and flew the strategic distillery near the YPF. According to the documents collected by  Rodolfo Walsh in the magazine Todo es Historia in 1967,  Peron's secret services reported the advances of the military raised without visible reactions of the government, almost surrendered, even when they warned that there were commandos of workers willing to war civil. Known history is that  Perón  chose to renounce the bloodshed of civilians and military personnel, you will never know who he preferred, equally they were all Argentines. In Paraguayan lands he declared a few days later for the Spanish media, “the Peronist party has great leaders; an entrepreneurial youth, as well as its mature men and women. They've been shot down nocturnal. I have deep faith in your destiny and I want your support to act. They're adults. I leave you with a doctrine, a philosophy, an organization. On their return they will control all of it. There are now regulations on dictatorship and force. This is not our time. When the test of opinion comes, brute force will be finished. It will then be the time to embark on politics,” he said in those first years marked by intransigence, which would cost permanent moves to Panama, Venezuela and the Dominican Republic. Finally he will end up in Madrid, Spain, in 1960 and move the threads of Argentine politics until his final return in 1973.  The Ezeiza Massacre awaited him on June 20 , with two million people, the highest concentration in national history, and a number still unheard of dead and injured by the confrontations of Peronist tendencies - and infiltrators.

They wanted to kill Perón

Until he stepped on Hispanic soil,  General Perón  was a target of the Argentinean-American intelligence services. One of the main attacks occurred on May 25, 1956, while residing in Caracas, when his car exploded in the central corners of Venus and Paradero.  Perón was supposed to go in the back seat but by chance he was in the fifth El Rosal receiving guests on a roast for the May Revolution, on the other end of town “La bomba, a small oval-shaped projectile with the riveted fuze with two screws, made the lid of the hood of the Opel fly at more than twenty meters high,” Venezuelan journalist Germán Carías reported to Tomás Eloy Martínez, and expanded, “the violent explosion was heard in five blocks around, destroyed the windows of eighty-two windows of Seventeen apartments in three buildings nearby, and caused panic... they wanted to kill Perón.” Fortunately, the driver Isaac Gilaberte, who was going to buy the meat, was able to escape before the explosion “shakes the car like it was a toy” and the beloved “cart was destroyed.of the general, “walked like a silk” There were scrap of a German car that witnessed a thousand adventures, for example took on his first trips together to twenty years María Estela Martinez,  a dancer who was on tour with “Isabelita”.  It was never known who the author was, although Eloy Martínez tells him to Argentine Intelligence, who acted without authorization from the military leadership in the government, and had “infiltrated”  Perón's security.

Maybe live with the certain threat of a deadly attack, or recalculating the initial intransigence against the de facto government by alliances maneuvers, something that ended up happening with its explosive handouts between right, left, trade unionists, university, nationalists and a long - and dangerous - etc., for the only time I entrust the leadership, the only time in the history of Peronism, “To Dr. D.  John William Cooke , Buenos Aires (...) I hereby authorize fellow Dr. D. John William Cooke, currently imprisoned, for fulfilling his duty as a Peronist, to assume my representation in any political act or action. In that sense your decision will be my decision and your word will be mine (...) In it I recognize the only Chief who has my mandate to preside over all the Peronist forces organized in the country and abroad, and his decisions have the same value as mine (...) In the event of my death, I present Dr. D. John William Cooke, the command of the Movement (...) In Caracas, on the 2nd day of November 1956 (...) Juan D. Perón”, a Peronist politician critical of the union bureaucracy, who would escape the Río Gallegos Prison the following year to meet him via Chile.Even Cooke didn't argue in public that Peronism was a path to socialism, of course.

My best citizens of Viejo

While  Peronism  was debated for return via elections, in front of the official ban, democratic presidents,  Frondizi and Illia , and their military coup,  Ongania, Levingston and Lanusse . It was the harsh era of clandestinity, armed politics, “pipes” (homemade explosives), strikes, factory takeovers, permanent social conflicts and anonymous deaths. But what was  Perón doing?  He strenuously plotted his return, the ultimate goal of the Peronist resistance.  He tried to return in 1964, with a blind eye to the Spaniards who didn't want any more trouble, and was arrested in Rio de Janeiro with thousands of militants at the borders to start an insurrectional general strike. But he kept knitting and weaning. It appears in the magazine Primera Plana in 1969, already under the government of the self-styled Argentine Revolution that had consented, “- Lanusse and the emissary of Perón, the surgeon Raúl Matera - are linked to the agitation - by the hand of Perón - with the announcement of political events.surprising ticos, such as those relating to the alliance program with characterized elements of the dictatorial party (so they called justicialism), many of whose men would rejoin the public administration and even the passive class of the Armed Forces.”  Great National Accord  of the most liberal, less antiperonists, more wayward neoperonists and trade unionists, who dream of a Peronism without Peron.

Thousands of kilometers away, this man lived with the regular visits of politicians, trade unionists, officials, ministers, and sympathizers from all over the world, in Puerto de Hierro's fifth on Arroyo Fresno Street. And that would have been perhaps his final dwelling in old age if the ambition, his and strangers,  did not push him back to Buenos Aires. It is that the old general had invested life, and savings, in the remodeling of the old place where kings were hunted. Let's go back to Eloy Martínez, perhaps the journalist who best met  Perón  in his later years, and an extensive description of Madrid's long-hated days, “  Perón  usually gets up at seven in the morning. He liked that the sun would enter the bedroom without fumbling while he tuned to Radio Nacional de España and listened to the dawn news... then he would approach the breakfast table and pour himself a cup of tea with milk, in which he would soak a couple of tostadas. Isabel then handed over the diaries that she went through carefully, with openwork glasses. In quiet times, he looked at film programs in search of some action film. He was especially passionate about westerns, but he never noticed who the director was or which actors were on the cast... he later approved or rectified the work schedule proposed by his  private secretary, the dire organizer of the Triple A, a right-wing group terrorist - José López Rega ...  Perón opened the morning walking, in the early days he would walk around the fifth, and he would wander around the avenues of Madrid, then he almost never left the park... he had lunch a soup, some steak with salad, no wine... “says  Perón, “I  throw my bed for a while, but not to sleep. I keep going over the letters and the newspapers there. When I get up, I have a cup of cooked mate. I never miss anyone who comes to see me in the afternoon... I take the free time to read or write tirelessly. At dusk, after lunch, I write or watch TV... I'm interested in news programs... I never go to bed before midnight. I often resort to yoga, that allows me to fall asleep on the spot,” detailed his quiet weekly routine  Perón,  and   that he would miss   so much privately from his first return in November 1972. In view of Madrid it had a splendid park that in the  Spanish Civil War (1936-1939)  the Francoists had devastated, except for a centenary ash, and that the general took care of, and surrounded, Argentine trees such as white carob. Under her shadow rested Canela, the loyal poodle that appears in several photos of the general's exile, “the poor little girl took her fidelity so far that she left her daughter -Tinola- and granddaughter -Puchi - to take care of me,” remembered  an old general Perón , and on her morning walks she felt a little bit of love.that he “still barked”