Gabo Ferro, a great poet and musician, was also an original historian. Recently deceased, we rescued his approach to the ever-controversial Rosas. 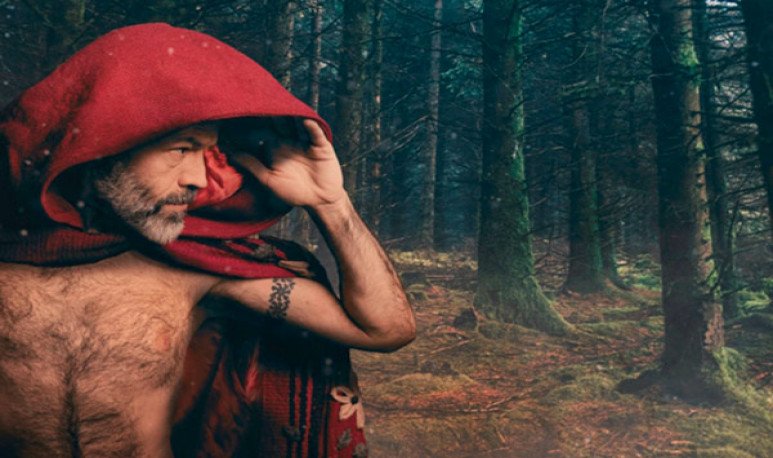 For a long time the study of history did not consider cultural productions, let's say literature, for understanding that political and economic facts were decisive. And the rest, out of memorizing battles and rulers, accessory. If something we have learned in recent decades, for better or worse,  it is the relevance of stories, cultural constructions in words and customs, national narratives , and their preponderant role in the writing of the present, both political and economic. Who first understood it was  Sarmiento , an advance of his time, feverish imagination, and in a letter to Nicolás Avellaneda dated 1865 he clarified in the post Caseros of “There will be no defeated or defeated” (sic), “I need and hope your kindness will procure me a collection of treaties federal, made in the times of Rosas,  that the unitarians have suppressed you later with that ability with which we know how to remake history,” he finished the Master of America.

The Rosas regime continues to generate fiery debates. A dispute that his contemporaries wanted to liquidate with “a monster who aborted Hell,” in the memoirs of Tomás Iriarte, or “ambitious satanic” for Alberdi, and that authoritarian nationalists were going to resume in the thirties with an opposite sign, “Roses was the arm of the landowners who knew how to realistically interpret the semibarbaric medium... beginning of the Argentina of the estancieros”, said Ibarguren, or “the aspiration to unite the Argentines under his claw is not an ideal, but a form of his passion for order... anteroom to the Constitution” would write Your biographer, Galvez. A whole tangle that does not end, including institutes of national thought, and that had a curious bend on the statue erected by  President Menem , a peronist of liberal sign, a rare conjunction of the two conflicting traditions, on the grounds where he was his fifth Palermo.

In the month we revisit  National Sovereignty Day for the Battle Vuelta de Obligado in 1845 , a defense of land and national interests that is recognized today by its most staunch critics, let's understand what Argentina we are talking about when we talk about the Argentina of Rosas. And one of the entries, in Gothic, is what  Gabo Ferro proposed in “Barbarism and Civilization. Blood, monsters and vampires during the second government of Rosas”, a fresco of how monstrous mythology, tinted with puncture, shaped the following readings  “We come to understand much of our most immediate past, or our present, we hardly see, by the hand of Gabo Ferro, to what extent the metaphors of blood, still permeate the political praxis and cultural automatisms of our country,” he reflected in the prologue José Burucúa.A hundred years later  Borges and Bioy Casares  would reupdate the monstrous and bloody metaphors in “La Fiesta del Monster”, in a  negative parable between the Gauchesca tradition, Rosas and Perón.

Buenos Aires in the early 1840s was much less bloody than several European countries, which had summary executions like France, or recognized fewer rights to the “commoner” like England. However, in Argentina's memory it will be colored with  red punzó, the obligatory currency under penalty of arrest during Rosism, and that came to paint the pyramid of Mayo. The Cob, the antecedent of the parapolicial groups of the twentieth century, and a consequence beyond the control of the approach to the popular sectors, unprecedented on the political scene with power, was concerned with painting blood red, earth, house, person, everything found along the way, as reflected  in “El matadero” by  Esteban Echeverría —the cradle of Argentine literature is blood, “mud watered with the blood of its arteries ” And not only, “Ay heaven, sky and heavier cielo/This year of blades, /At the expense of invasion/We have to eat black pudding” cried a cielito anti rosista, the first gauchesca poetry, in a diatribe announcing in 1838 one of the several attacks on the coast of Buenos Aires, by Argentine unitarians and colonialist forces combined.

In one of the pioneering media campaigns of Argentine history, exiles in Santiago de Chile and the besieged  Montevideo  especially, Rosas never gave up the sanmartinian dream of a republic which brought together the Oriental Band, Paraguay and part of Bolivia, instigated in the newspapers financed by own, rich porteños and strangers, anti-Rosist feds and powers around the world.  The newspapers investigated by Ferro, “El grito argentino” and “Muera Rosas!” are examples of how the figure of Rosas, and his collaborators such as Manuel Oribe, Pedro De Ángelis and Tomás de Anchorena, were transformed into strange beings worthy of the Gothic novels of the 19th century European. Those common representations in Europe of absolutist restoration, born from the imperialist Napoleonic wars, which contradictorily bear the motto of “freedom, equality, fraternity”, gave flight to a gallery of deformed beings, which can also be seen in the arts with Goya's truculent prints.  Coming to these pampas in the umbrella of romanticism, gothic and terror, the morbid of blood, did not produce horror books in itself but political commentators  “Who is Juan Manuel Rosas? What right do your compatriots have against him? Roses!nature shudders when it pronounces if name, the human voice cannot define this monster... Buenos Aires... today crawls overwhelmed with chains, under the awkward plants of this fury as she rises on a tower of belly like Satan's figure... for the  tiger of Rosas — we replenish that another famous warlord is also called Tigre, Facundo Quiroga, and that Sarmiento brought this animalization to a literary glow in  Facundo -  it is a serious occupation and a great pleasure everything that is to cut, beat, kill, stream blood,” closes the anti-Rosist militant. Underneath this squirting text a sheet reproduced Rosas standing on skulls, near the river — horrendous premonition although accurate because Rosas can be seen as a sad precursor of State Terrorism , and dressed in gaucho “I started to think of a story that talked to the mysterious fears of our nature and awaken exciting terror; one for the reader to fear when looking around, to curd the blood and accelerate the heartbeat” could subscribe to our commentator the words of Mary Shelley, and explaining her “Frankenstein or Modern Prometheus” (1818) 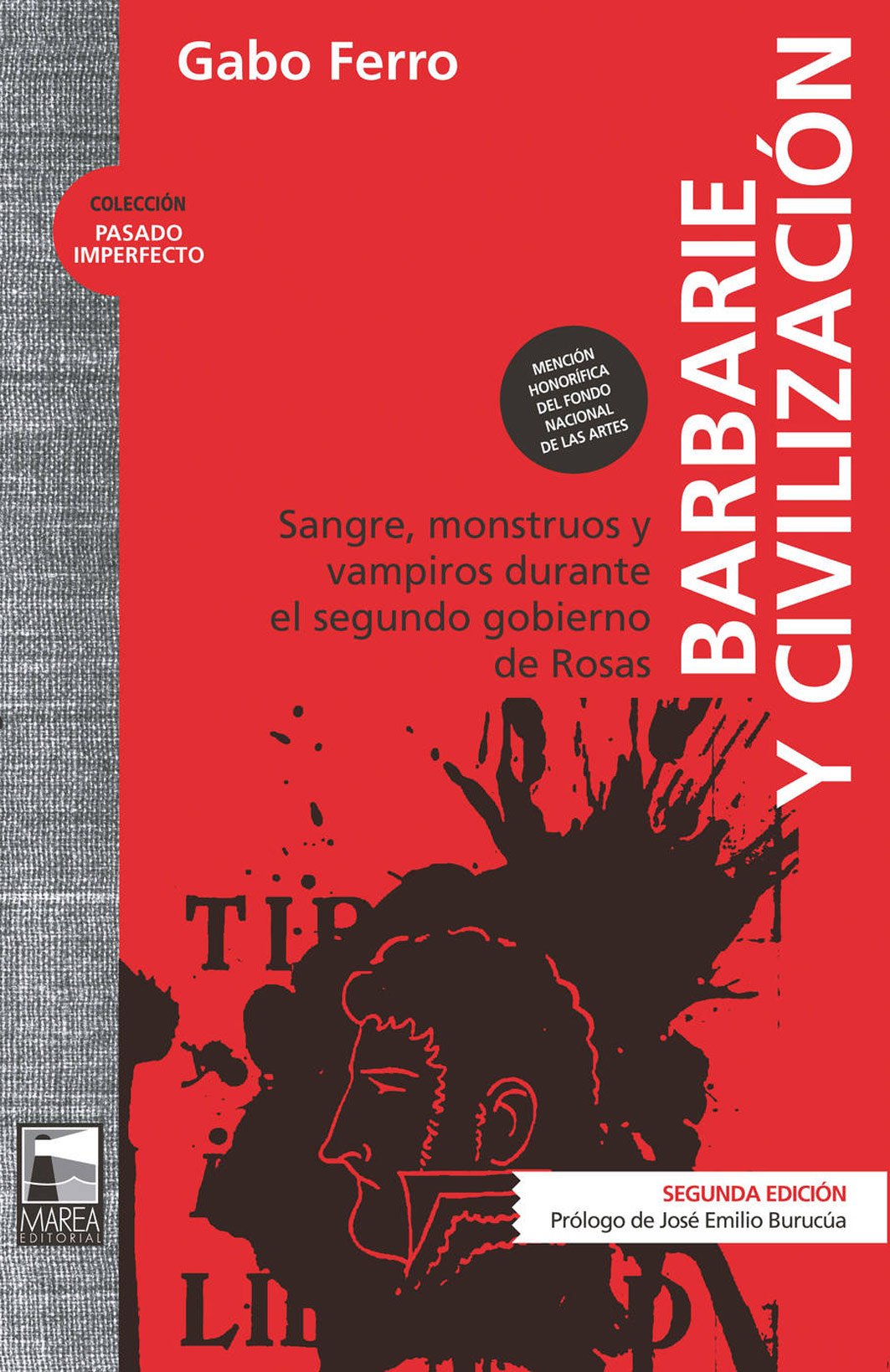 And the vampire came to Buenos Aires

Another strong influence, found in the Rioplatense libraries, is Polidori's “El Vampiro” (1819)  , although since colonial times religious and encyclopedic discourse understood a phenomenon of vampirism that corrupted the social body.According to Ferro, Echeverría among his readings in Europe praises “The bat” where a barbarian monster is prefigured that enjoys “in the vapor of blood” All this would turn into a red verb of those contrary to the “Restorer of the Laws”, among which the same Echeverría influenced articles in his montevideo exile. They even argued that Rosas had not been seen since 1836, locked up “in the barbaric darkness” of San Benito de Palermo, and that he went out at night to tour the city with his mazorqueros. The metaphors of a city like a cemetery abound, “Buenos Aires... stands on a tower of osaments—human bones are also recurrente- stores the view over the beautiful country where Rosas reigned thirteen years ago... in corpses, in tombs, in blood” said  José Rivera Indarte in “Die Rosas!  ” The drawings accompanying the articles are large vessels of an alleged blood, in the manner of the bacchanals of vampires, and that had a translation to literature in  “Amalia” (1851),  the description of the Rosist era of the opponent José Mármol,”The door of the stained glass window of the ranch was facing the East, and the glasses were covered with drapes of cocó punzó... came to reflect with it in the water of the glass a color of blood and fire... this phenomenon of optics led terror to the secretaries of Rosas... pale as deathhellip; under the prism of an illusion, the terrible truth of that moment. Yes, because at that time he drank blood, sweating blood and breathing blood: he arranged in his mind, and arranged the first steps of the slits that should soon bathe in blood the unhappy Buenos Aires .” Of course, the Buenos Aires did not live freely, censored, persecuted and betrained to the fearsome Cob — delations of many poor, blacks and gauchos-, the Rosist regime was a dictatorship, although there is a long stretch to a supernatural Rosas.  The core was another, we are made of narrations, it was an Argentinian body that had become ill with a new blood, the blood of the commoner  “The dark enclosure/where the mob tingles... /And to burbollones throws/it warms blood out... /as thirsty vampirs/sorben, suck, savore/blood, making Whisper/and blood are filled” recited  Echeverría  in “La captiva”. Rosas inaugurated a space for subaltern politics, which raised brunettes, brunettes, poor women, pawns, small chacareros, black, Indians, Indians and all the humble ones who gave their blood for Independence, in a policy of contingent alliances that ended up playing in the long run in their against, and that it called into question the nation — restrictive - of the  Alberdi , Mitre and Sarmiento. Although it was a risky move, which ended up putting into arms relegated sectors with a thirst for justice, even if it had at first the consent of the great landowners of the likes of Urquiza, in fact it established voices of Argentines and Argentines who would only be heard again from 1945.

“The figure of blood has represented — and represents — a very complex node where new and old, local and universal structures converge,” Ferro concluded, adding who also published the sharp “Degenerates, abnormal and criminals. Gestures between science, politics and representations in the Argentine case” (2010), “ its dynamic presence in polarizing political discourses reveals how the resource is activated in the soflams of champions of the values of good nature of customs and things as a metaphor radical to which Civilization comes when it needsto teach- with, and through - its Barbarism ” he ended in the previous Bicentennial. “Cartoning for grammar and the universe/that if they make us rich, if they make us well done, /we will no longer have to throw the pot”, from Ferro's “Fantastic and pneumatic elemental panoramic recipe” (2015), encourages us to stick our finger to the bottom of the pot, and that the richest is what you can't see it. Until always, Gabo. 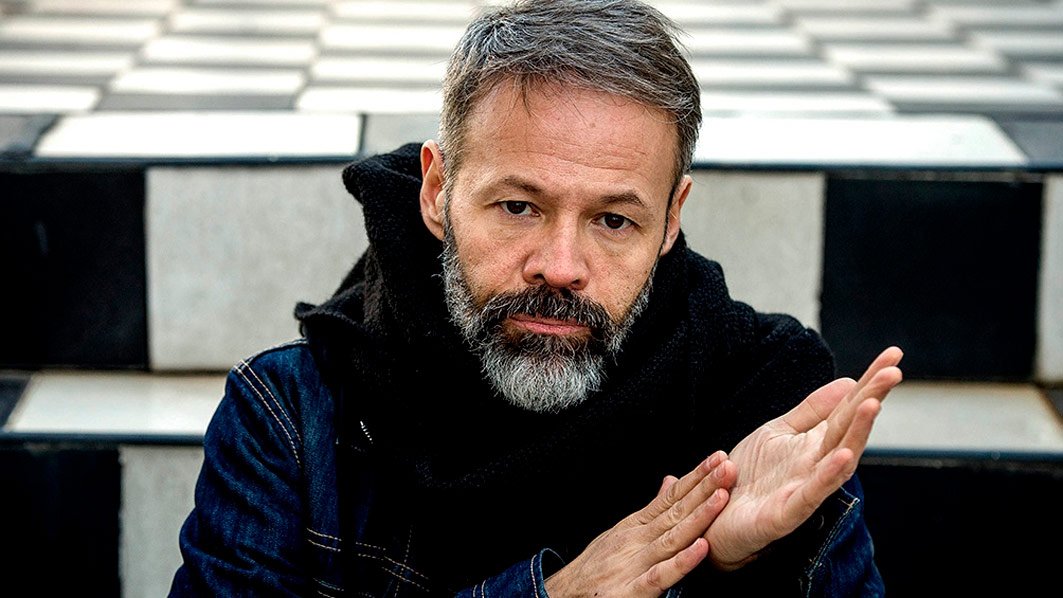 109 years ago he escaped, for the only time, a prisoner from the end of the world prison