Families, friends and loves succeeded each other in neighborhood clubs and Buenos Aires development societies. A guide of citizens' doers, don't cut it! 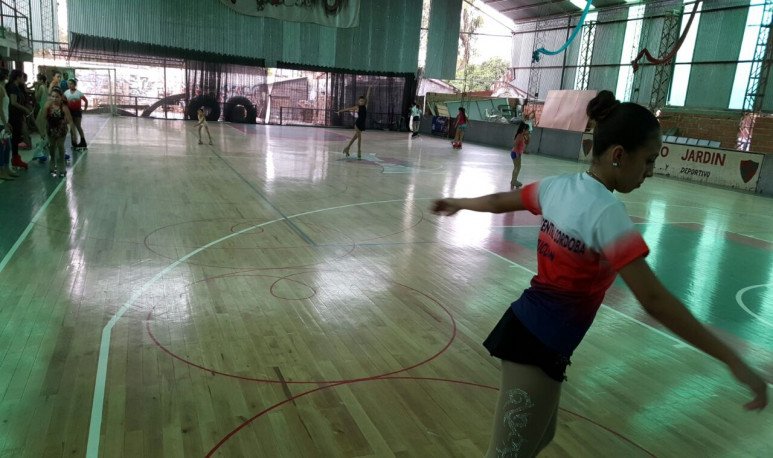 The writer Bernando Verbitsky in “Greatness and Decay of the South Star” narrates the birth of so many clubs and societies of Buenos Aires development.  Basically they were born from the love of fraternity and solidarity that crossed generations and classes.  More than love,  authentic Buenos Aires passion to good neighbourliness.  A Russian immigrant dentist talks to the boys from the corner bar about the needs of youth, about the lack of spaces for recreation and learning basic trades “Suddenly”, in Verbitsky's story, offers to finance the premises.So the boys, Creollos, children of tanos and Galicians, retain hours of rest, and with the savings, and neighborhood raffles, open the doors to the children to run behind a round, or bump the hoop, football and basketball in the birth certificates of countless Argentine clubs  since the twenties.They even coexist in the promotion of education with local schools, and share facilities, or offer courses with exit to work (Sewing and Sewing!), supported by a popular library that grows with donations. On the weekend, dances will arrive at tango and tropical rhythms. But like any epic like “Luna de Avellaneda”, Juan José Campanella's endearing film, there is a human back, which is never exempt from a quota of selfishness, and that “selfless” dentist ends as president of the club to show off on the committee “¡Cueven neighborhood clubs were fagocyted by the football clubs that expoliated them in search of cracks!” denounced the great football player Carlos Peucelle in the 1970s . Although there is an important clarification: the neighborhood clubs were club with football, not football . Even in such late times, they could give light to Diego “Cholo” Simeone, who emerges from the baby football Club Villa Malcolm of Villa Crespo, but it was never their main goal.  The main dream was to transform into Casa del Barrio, Casas de Ciudadanías.   And these enclaves of sociability did it in the hundred neighborhoods of Buenos Aires.

A prehistory of neighborhood clubs sinks in the times of Rosas. The Foreign Residents Club formed there, which gathered Basques, Italians, French, Swiss and especially English. The oldest social center in Buenos Aires was chaired by Thomas Duguid and in addition to community sports, ball by hand, bocce, fencing, gymnastics, shooting, rugby, football -since 1860- and cricket, served as a meeting point and friendship table between drinks and board games. Three months after the Battle of Caseros, Club El Progreso was born with the premise of “unfolding the spirit of association, with the daily meeting of the most respectable knights both domestic and foreign; erasing unfounded preventions, created by isolation and mistrust, uniforming in what possible political opinions through deliberate discussion, and  pooling the efforts of all towards the moral and material progress of the country” closed the document of this aristocratic circle of men that gave birth to the revolutions of 1880 and 1890, had four presidents Argentine members (Manuel Quintana, Luis Sáenz Peña, Carlos Pellegrini and Roque Sáenz Peña) and witnessed the suicide of Leandro N. Alem.

In the following decades there would be the Buenos Aires Cricket Club in Palermo and Buenos Aires Athletic Sociaty in Plaza Miserere, the first of these sports in Latin America, and Buenos Aires Football Club, which in 1867 organizes the first football match in Palermo parks.  Simultaneously the pediments expand, which at the end of the century turned pelotaris into legends, including Pedro “Paysandú” Zabaleta and Adriano “El entrerriano” Osuna, and who have in the Ball and Fencing Club the lighthouse of some of yesterday's passions of Buenos Aires.  Also home to great men such as Miguel Laurencena, big  pelotari  and president of that club on Moreno Street, that radical leader who promoted several laws for the benefit of workers with Alfredo Palacios.

Alluvional immigration changed the landscape and hands of clubs, which were mixed between  Creoles  and newcomers, into relief and community - building societies, particularly Spanish and Italian.  Here too, the question of identity was crucial in these solidarity associations and shared the customs of the longed terroirs. Everyone, no exception of crib. Juan Poggeti, an Italian doctor who was a hero fighting Yellow Fever in 1871, propelled in Pompeii the Cosmopolitan Society of Mutual Relieving and Musical Instruction of Bañado in 1894. From the headquarters of Sáenz Avenue for almost a hundred years he developed intense humanitarian action and, among immense neighborhood achievements, it was the first cinema that Pompeii had in 1921.

The dawn of the century will see clubs grow exponentially in the heat of social reforms, and the extension of leisure and leisure, which socialists begin, add up radicals and consolidate Peronists.In a sign of the times, and mark of territoriality, bloom like fungi clubs in the corners, without headquarters, many with the name of Argentines or heroes, others scattered among young people, defenders or united, symbol of neighborhood pride. Chapter apart deserve the anarchist and communist clubs of those moments because they impose a selfless, class-conscious spirit that models the prototype of the neighborhood club “Create bonds of camaraderie between players and spectators. He doesn't offer shows. It is human, the trophy being a secondary thing,” commented the communist party bulletin, in an  emerging workers' culture that beats in our neighborhood clubs.

Light of Porvenir, Light of Versailles

“Given the countless discomforts surrounding the residents of this area, where there is no building development,  it is essential the formation of a neighborhood commission to claim before the corresponding authorities ,” Viviana Spezia and Marta Pizzo recover the words of the letter founding of the Sociedad de Fomento Luz de Porvenir de Versailles in 1923, and add “this commission will also be responsible for the formation of the local development society”, closes the document counterbalancing the presumption that such companies, or clubs, were exclusively oriented to leisure, or to sport. On the other hand,  the corporate name of these real citizens of neighbours prevails in the majority.

In this case the west of the City was training in the twenties by sweepers, taxi drivers, railways and textiles near Liniers Station.  So powerful was the social root that in its ten founding years, the Luz de Porvenir had conquered the sewer connection, railway laying, asphalt and, its greatest concern, a public school in the area because the only one that existed was among the chalets of the neighbors' residents.more wealthy . In an unusual and forceful protest, the Sociedad de Fomento transported 800 school-age children, without nearby schools, in “bañeras” (open collectives) to the doors of the National Council of Education. In 1934 finally arrived in Lisbon 666 the Luz de las Aulas thanks to these working neighbors, who continued to expand the cultural action already in Dupuy 1135's own headquarters. Memorable dances, carnivals and plays were held as well as film screenings from 1948.

Over the years, folklore, martial arts and gymnastics classes began. Workshops and spaces for older adults were added together with the City government.  When it seemed at the end of the 1990s that the old neighborhood values were going to succumb to the foams of globalization, the 2001 slap revived the Casa del Barrio in a multiplication of luminous interventions in favor of the neighbor . Luz de Porvenir was the gaucha hand, weaving new social ties and the promise of a better tomorrow.Similar to the founding women who fought with their husbands' bosses, bosses who systematically disappeared a bridge-board, and linking Liniers' workshops and homes, the new generations built bridges from grandparents to grandchildren, bridges of high hopes and dreams made.

Club Italiano, the North of Caballito

An emblem of the Buenos Aires heart was born in Paraná and Lavalle in 1898, and had for several years its headquarters in Recoleta, on a plot where refined locals currently coexist. This second location was circumstantial because the Italians were eagerly looking for land for the “sportiva” activity that cemented the first years of the club, cycling. Due to the recession of the contract, the members found a new location and on December 31, 1910, the definitive location of Rivadavia Avenue and Campichuelo was inaugurated. And they liquidate the bond with cycling because a velodrome was not built because of the costs. In successive years they were acquired surrounding land that erected the club de los tanos as one of the most refined nodes of portteña sociability. The Italian Club of Buenos Aires was La Perla del Oeste  with a striking building that, also true, obstructed the extension of sports activities. For those immigrants who were making America it was more important to adorn a majestic White Room than the exercise although in 1920 it was transformed into a skating rink and simultaneously on the bordering grounds the practice of tennis began “ A high lounge of Sud Américh” praised Italian minister Cobianchi who also had space for theatre and opera.

Only in the thirty the members decided to give him a profile linked to sport and recreation with the construction of a pool and a ball court “The second stage was when youth arrived at the institution how was that achieved?”, recalls Amadeo Milanesi for Luis Cortese, “Eliminating the Remora. The only thing the club had were eleven bocce courts - the favorite sport of the pioneers of the collectivity- and a swimming pool. Youth in 1946 had no handle, had nowhere to spend the afternoon. That stage was fulfilled and it came to an end. Subsequently, we had to move on to what I would call the stage of family integration, because  we knew that the whole family should be in the Club.  That was undoubtedly the great breakthrough that the Club had” A place with pretentiousness became the soul of a typical middle class neighborhood of Buenos Aires and adapted to the times with greater sports and gymnastic activities, the Italian trainer of champions in artistic gymnastics, and in addition to the most important sports and gymnastic activities.social aacute; s, and there is the Folklore Hall in the 1960s. Affected in the two thousand by the crises and costs of the annexed property in Parque Brown, the Club gives part of the beautiful façade to private, and local enterprises, which do not tarnish a work that enhances its roots in the community day by day.

“ Here I met your old lady”, “There I saw Pichuco”, “Sandro was throwing himself to the floor with Rosa, Rosa”, “on this  little song I practiced  Stábile who stripped him in Italy before  Maradona”  are the echoes of the past when we pass through the doors of any club or society promoting neighborhood, whether the Social and Sports Club Resurgimiento de La Paternal or El Tábano de Saavedra (The Polish Goyeneche sings better every day!) Because from those horizons not so far we were born.