Home Argentine History Model struggle at the Argentine Congress of 1876

150 years ago, deputies and ministers argued for a people of pastors or a manufacturing nation. Any resemblance to today is not mere coincidence. 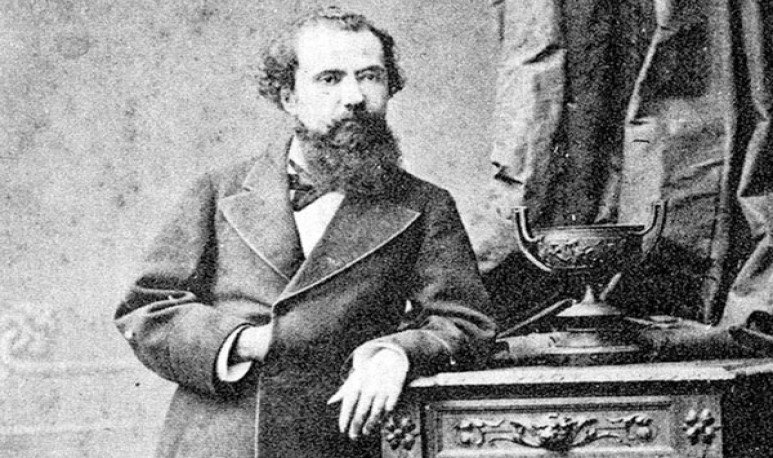 “So Mr President, we have to put ourselves under these conditions: either we stop being a country reduced to raw materials, or we persist not to produce raw materials, to get rich, as the Minister hopes that we can be one day... and I say, Mr President, that if we limit ourselves to this sphere, we will never get out of poverty, misery, barbarism and retreat,” said a blinded  Vicente Fidel López , son of the author of the  national anthem , and brilliant rector of the  University of Buenos Aires.  López also participated in the  Industrial Club  , in the company of  Nicasio Oroño, Roque Saenz Peña, Lucio V. Mansilla, Estanislao Zeballos and Carlos Pellegrini  , who in his doctoral thesis clearly explained the group's doctrine, “the government protection is necessary for the development of the industry of the Argentine Republic” The country suffered the world economic crisis of 1874, ports were closed, and as other times, an external crisis promoted industrialization. And continues  López,  the author of the master “Introduction to the history of the Argentine Revolution (1881), “in equal conditions we would hurt the raw material of those who are more remote from the ports”, puts the legislator's finger on the wound before the defenders of the abusive customs duties of Buenos Aires, defended by the mitrists, “for example, we have the industries of Tucumán, Salta and Corrientes, and yet we take the products of the capital of Brazil against our own, and we renounce our own wealth, preferring to encourage that from abroad”, concludes an industrialist pioneer recalling his words spoken a few years earlier in the same precinct, “Mr President, on this road the province of Buenos Aires has to ruin the others, without winning anything other than the ampulous and fictitious expansion of the city next to its large customs office,” he finished  López,  who was defended by free-traders in the newspaper “La Nación” because he proposed to tax 45% on foreign products, a percentage lower then than those required in the United States, or England, cradle of free trade.

President Avellaneda 's finance minister  Norberto de la Riestra heard uncomfortable and replied, “I think it is a mistake to want, through laws of this kind, to change the customs of the people. What need is it necessary to say to one, you should not walk with a high shoe, for it will be bad at your feet? No, sir, let everyone wear what they like and what they can wear, let the people who can have it walk in luxury carriage, who gets us to modify customs?“, restructured a government official who did not take some protectionist measures in the face of the global collapse, was hacked by international credit pressure and the pending subject of the federalization of the separatist province of Buenos Aires.  De la Riestra , on the other hand, deserved the opinion of  Sarmiento in London, “he was a trade employee of an English house in the full extent of the word” And  Mitre  praised him as “the founder of our foreign credit” This minister has the honor in 1865 of having contracted the first English loan from a government Argentine constitutional.

Pellegrini and Mansilla  were known from the Buenos Aires aristocracy and shared some boys' runs as a socialist club. However, in that August 1876 they were confronted.  Mansilla , for sympathies with  Avellaneda,  defended the government's liberal thesis contrary to a Customs Law that was finally approved, “in the chairs of our universities the fatal doctrines of trade protection are taught. And there is not a single diary, big or small, with credit or without it, that does not attack those doctrines. What a strange phenomenon! The people's instinct against a so-called science. And I say intended, because it is in the name of science that those professors speak that the Nation costs”, shoots on the line of flotation of several protectionist legislators, beginning with  Lopez,  who alternated with higher education. A pioneer of the “Espadrilles versus Books”, the  Dandy Mansilla.

“Immigration countries can not be protectionist,” he was now aligned with  Avellaneda 's heavily immigrant policy, “the reason is very obvious, those who come to the country looking for work have a special predilection for the consumption of those objects that are...aacute; n accustomed. The Basque French is looking for French wine, the Italian looks for noodles his country, as the English is looking for the factories where French and English shirts are sold... this ideal with a village that suffice itself, the loss of a barbaric conception, was the ideal of —Francisco Solano- López, that of Paraguay. The American nations more than others, Mr President, are forced to be liberal in economic legislation,” says  Mansilla  that he had just gone to fight, and to describe for posterity,  the War against Paraguay,  where they were confronted indeed two models, free trade against protectionism. With only a quarter of the Paraguayan population standing in 1870, the scale had been tilted.

Before  Pellegrini 's speech, the author of  Juvenilia, Miguel Cané , “  a protectionist of Dr. López” , raises his glove, “we are all when we leave the university free-traders... he comes wrapped in the emblem of freedom and that makes us sympathetic... but what we have come out of the free-trade university, we have become protectionists... because of the study that we have then done free trade... the Minister of Finance holds something very curious, and if it were true it would be solely and exclusively in our country that there would have been a similar phenomenon, argues that industries are spontaneous soil products, which are born like fungi after the rain”, lashes at the horror of  Mansilla, De la Riestra, Marco Avellaneda  and other representatives, several of them, employees of international banking. That was increased by other measures of 1876 battled by “the protectionists of Dr. López” and that they were the beginning of the industries that began to populate Argentina in the following decade, the first large modern establishments of meat, beer, cigarettes, soap, noodles, tannery, lime, cheese, biscuit shops and mosaics. Of course, with the emergence of industries, proletarians with their ideas appeared, and this would not be to the liking of protectionists of the 80 generation. Cané  promoted the repressive and unconstitutional Residence Law in 1902  .

But who will refute  Mansilla  's points one by one will be  Dr. Carlos Pellegrini.  Storm pilot from Argentina in the late nineteenth century, who triumphed in several diplomatic missions defending sovereignty before creditors and stimulating Argentine work,  Pellegrini  is agigigating over time. Member who emerged from Buenos Aires alsinism in the revolutionary 1874, he bases, “when we discuss in Europe with these issues of protectionists and free-trade supporters, they make an argument that is the condemnation of the Argentine Republic, they say, yes, we want free trade, but for this... the Americans will be the farm of England, England the factory of the world,” said the nationalist politician, who had signed together with the brother of  Martín Fierro's author, Rafael Hernández,  a bill to make the uniforms of the armed forces and police are made of national fabrics.

And to close the address of the  future president  who saved the country from the Republican collapse of Juarez Celman , “Mr. President, I don't want to fatiguish more the attention of the camera but I would ask even this: 25 years rehearsing the Argentine Republic the free trade system and we are today where we were in 1853, a shepherd people, exclusively pastor,” said the founder of the  Argentine Bank of the Nation and the Jockey Club . His contemporaries remembered when he took the stand  Pellegrini , “among so many operators of hollow phrases, and sick with abulia, hesitant on the threshold of execution, this is a man of work and will. Every speech of his is an act, his oratory raudal brings the effective energy of the heights; it does not seem but that his hammered diction had visible gestures, kneading the next act.”