Home Argentine History Martín Rodríguez, the man that the First Board rejected

Our country suffered a military coup a year after the formation of the First Patriotic Government. Many interests moved the men who made up the First Board and their ideas were not in all cases Republican. There was a conservative movement that inaugurated a dark tradition in 1811: the armed uprising. 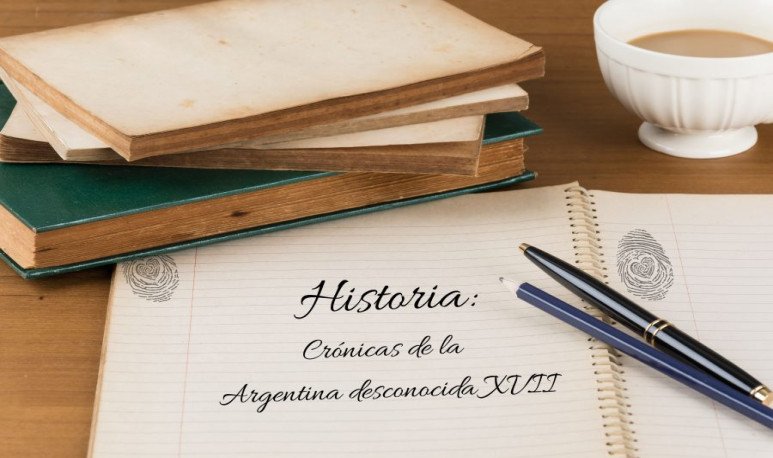 The possibility of seeing Joaquina Carlota de Borbón, sister of Ferdinand VII, as queen of Spanish America, was crazy.  However, the rumor grew during the days before the revolution. Nobody stopped talking about the much-talked American Queen.  Cornelio Saavedra  was definitely unable to agree with  Cisneros  on this matter, because the viceroy's request was itself untenable. While we must admit that there is no evidence of a clear agreement between the two men, it is true that Saavedra also did not keep the secret that Joaquina involved. The situation was tense and the Creoles sought to separate themselves from Spain. There wasn't much more to clarify. Inaccuracies regarding  Ferdinand VII  's fate had created an encouraging flow within the United Provinces. At the same time the takeover of Madrid remained functional to the local independence aires.

The power of the peninsula diminished in a dizzying way. There was an institution called  Junta de Sevilla , although it had once had its headquarters in Cádiz.  During    the     Frenchinvasion    , this was the only solution that the Spaniards found in order to maintain realistic aspirations in their own territories  (which included the overseas colonies).

In 1861, the author Luis Domínguez in his “ Argentina History ”, provided a series of outstanding names and circumstances that form part of our social memory .  He called the events that decided the fate of the United Provinces of the South during 1810,  May Week  .  I would point out that between the 18th and the 25th of that month, there had been special circumstances explaining how the revolution against the  Seville Junta took place.

In a very suggestive section, Domínguez talks about  Martín Rodríguez , a certain career soldier whose father had been captain of Chascomús in the time of Viceroy Arredondo. To understand the importance of this man, Domínguez explains how he began his career as in 1810, an unconditional defender of Cornelio Saavedra. Despite this, Rodriguez had Castelli in high esteem and even had long conversations with  Manuel Belgrano . As expected, he despotically ignored Mariano Moreno. Could it be another way? The  Saavedra  faction was very numerous among the revolutionaries.

The “ Morenist intellectuals ” intended to cut off all kinds of relationship with the representation of  Ferdinand VII  and would use the  Saavedrista militiamen  asa war ram to bring down the Viceroyalty. Cisneros had to be demolished and republican values were installed without nuances. Consequently, for Moreno and his followers (derogatively called “ radicals ”), Rodriguez and Saavedra's talks with the realist administration were dangerously approaching betrayal.

There are doubts about the factions that divided the   First Junta ,  but in the case of Rodríguez it is clear how internal fractures led to the distance of certain characters from the positions of power.

Of course there were countless signs of the recognition that citizens had towards Martín Rodríguez. However, such treatment took place only after Moreno's death in 1811 and the death of  Manuel Belgrano in 1820. It appears that the creator of the flag, soon withdrew it from the circles of Buenos Aires influence, asking for his presence in the northeastern provinces to help Paraguay's submission to the Buenos Aires government.

Rodriguez, hero to some and villain for others, did not stand still. Showing dedication, fidelity and courage in the struggles that took place at the time in  Entre Ríos , he was named Coronel.

Just at that moment, there was a very unfortunate situation for the country's recent institutionality. Back to Buenos Aires,  Rodriguez   took the wrong step  . He participated in the Armed Uprising against the  Morenists  and joined Saavedra in the fight against what he himself called “  the wicked radicals  .” Therefore, it is easy to observe that  the history of the free Argentines of Spain , already in 1811 (exactly on February 5) endured a   Military Coup   that  claimed to defend the real republic . A chilling paradox.

It is also suggestive to consider how the figure of Cornelius Saavedra was gradually purified in the collective imagination. While Rodriguez, on the other hand, ended up being overshadowed by historians stealing ten years of his life. Perhaps because of this disturbing game carried out by the nineteenth century scholarship, Luis Dominguez avoided including the colonel among the heroes of May. His image was blurred and his intervention in that key week of 1810 was silted in the books of basic training.  It silently adjusted to certain official records within the nation's historical archives .

About him says Dominguez:  after the hateful episodes of February 5, he was forced to a long retreat in San Juan.  Anyway he adds that, after some time, reaching agreements whose origin escapes our perspective,  won the devotion of the insipent aristocracy of Buenos Aires and the estanciers of the Rio   Salado, Cruz Alta, Arroyo del Monje, Barrancas, Las Sierras, Bragado and Las Lomas.  These groups unexpectedly demanded that the national authorities have Rodríguez's presence in the conduct of their territories.

Despite the rejection of the  First Junta  and the antipathy that the subsequent  Board of Representatives  had it  ,  during another institutional crisis that occurred in  1820  , this enigmatic man became the Governor of the Province of Buenos Aires. At that time his driving was described as a  “happy experience”,   leaving behind the Military Uprising of 1811 . He managed to eradicate the Indians of Dolores, Pergamino and Tandil, a city he founded by repelling the chieftain Yanquetruz. He also finally managed to get the provinces to tax in favor of Buenos Aires creating the conditions for the Head of Goliath, described by Ezequiel Martínez Estrada, to begin to develop.

Argentina had inaugurated a dark and dangerous path, where clandestine and anti-federal agreements allowed dark, silent and uncomfortable characters to take over the power that the republic was unable to hold.