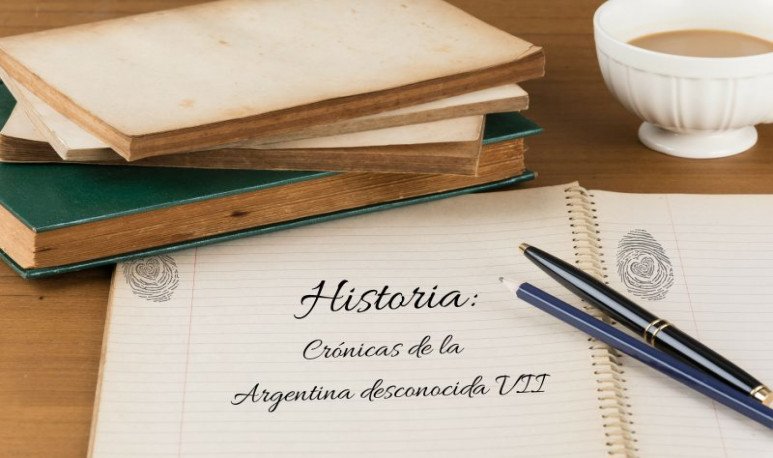 With the nickname “Chiriguana” is known what was the first love of the gentleman Juan de Garay, who founded Buenos Aires for the second time on June 11, 1580. We don't know the real name of this mysterious woman, but we know her son. Baptized the same as the conqueror (although with the secondary appellation of “the Waiter”), he was legally considered the firstborn of the Garay according to all known records in the Indies until 1610. Despite these legal issues that undoubtedly favored him, rumors about his mother persecuted him beyond death. The son of Garay and Chiriguana lived in Asunción and even stood with the men of the king of Spain during the refounding of Buenos Aires. But perhaps out of shame (or fear), he systematically denied the one who gave him life. The Chiriguana was deleted from the civil notes. The chronicles refer to it in a gloomy and derogatory way. That's why we know her only as the daughter of the chief of the then called Chaco Boreal, the country of the Chiriguanos.

Pocahontas in Virginia and Malinche in Mexico were the women who communicated the conquerors with their conquerors. In fact, they did not understand in time the tragedy faced by their peoples. But the Chiriguana of northern Argentina managed to captivate Garay in a different way: she was chosen by the gentleman himself among all her sisters and given in marriage by her father, after reaching a peace agreement with the Spanish troops coming from Potosí. What more wealth could a chieftain have but his own daughter? Princess of hers, apparently owned a beauty that can be guessed, perhaps, in the descriptions of her offspring. Years later, the wife who was lucky to the young heir of the founder of Buenos Aires gave him beautiful and intelligent children. Maria, the firstborn of “the Waiter”, owned an inexplicable attraction. Surely there was the light on the face of her grandmother, the princess of the Chiriguanos.

There were a lot of populations in this area of the New World when the conquerors arrived. Many ethnic groups — and with them their native languages — have disappeared completely. Wars, new diseases that surprised the defenseless indigenous people and miscegenation left the pre-Hispanic population decimated. However, the reconstruction of the Chiriguanos ethnic group would not avoid philology. Thanks to the linguistic study of the populations of northern Argentina, we can deduce today that the language of the Chiriguanos derived into a series of dialects called Ava Guaraní, a relatively ancient group that inhabited a very precise area of southern Bolivia and western Paraguay. Today, its speakers form a complex set of South American languages that can be called “mixed”. It follows that Chiriguanos was an ethnic group that emerged from the contact between the eastern and western populations of the continent. It seems that they came from the merger between the Guarani and the powerful Arahuacos.

These groups had their own country, governed by very old laws. They were staunch enemies of the incanate that was recently held by the crown of Spain. Understanding this circumstance, it is easy to deduce that once the Chiriguana was joined to Juan de Garay by the law of his people, he conceived the conqueror's child and raised him according to his customs, sharing practices and immemorial rites with his “husband”.

But King Philip II of Spain, successor to Emperor Charles I, learned of Garay's scandalous story through the mouth of a spy and made his will known to him and to the soldiers accompanying him in the Chaco Boreal. Felipe's letter was delivered in record time by a spokesman. As specified in the text, the gentleman must abandon the barbaric customs he had acquired with the people of the jungle and take care of certain issues that had emerged in Asunción del Paraguay , founded successfully in 1537.

Garay then marched beyond the east of the country of the Chiriguanos and spent a long time in Asunción taking care of those issues that the royal letter specified. So much so that, after two years of ignoring his wife's desolation, one day he decided to return. He traveled along the Pilcomayo River, although on this occasion he did so in order to enter the jungle for the last time. When Chiriguana went out to meet him, most likely he was struck by what he saw. An