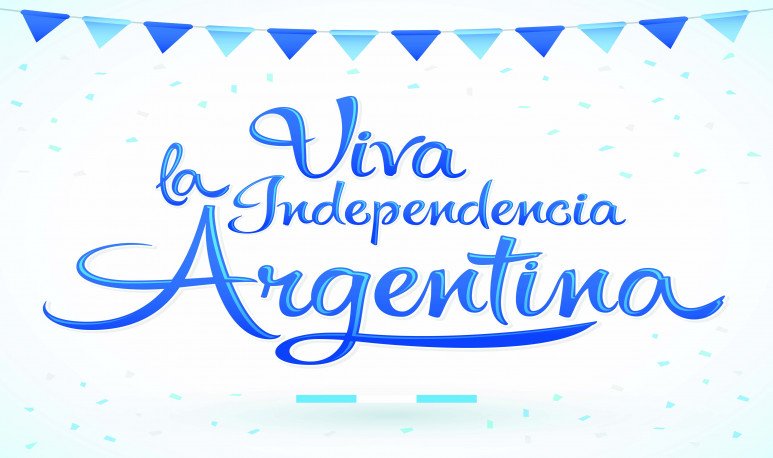 Dates  are simply that: dates, arbitrary marks of a calendar that — strictly — do not change anything, but — symbolically — form us, create and constitute us. What would we be, for example, without a date of birth; why it is so important to celebrate a birthday or an anniversary.  Dates  don't say anything about us and, at the same time, say it all. How important, then, is   Independence Day .We know it by heart and repeat it year after year, without realing its real meaning.   July 9  , 1816  was Tuesday and  the first ndependenci was declared   to  : We the representatives of the United Provinces in South America, gathered in general congress, invoking the Eternal who presides over the universe, in name and by the authority of the peoples we represent, protesting Heaven, to the nations and men all of the globe the justice that rules our vows: we solemnly declare on the face of the earth, that it is unanimous and undoubted will of these Provinces to break the violent bonds that bound them to the kings of Spain, regain the rights of which they were stripped, and vested in the high character of a free and independent nation of King Ferdinand the Seventh, his successors and metropolis.An instant that, in reality, is an end and a beginning; a historical fact and a promise of the future; the corollary of a struggle and the beginning of a new one. The dates are important to remind us of the way we walked, where we are and the direction we continue to move, with tripping, but with firm step.