Home Argentine History July 9: history of the widest avenue in the world 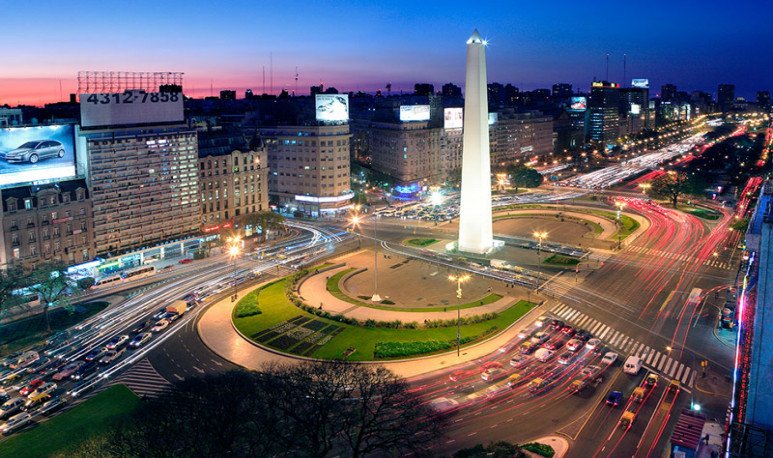 It is still discussed which is the widest avenue in the world, whether the porteña  9 de Julio  or the  Monumental Axis of Brasilia  . Also if after the connection to the motorways in the 1990s, and the recent  Metrobus,  it does not come any closer to the definition of a highway. What remains out of  the question is that 9 de Julio Avenue  is  a pride of Buenos Aires  that crosses four historic neighborhoods,  Constitución, Monserrat, San Nicolás and Retiro,  in its three kilometers long and 140 meters wide. And that in his racconto parade the future cities that we dreamed of and what was left or left.

9 de Julio Avenue  officially starts in 1827 with  Bernardino Rivadavia ,  who proposed it as a way to integrate North to South, salt houses to ports, and on an axis not very different from current. Already in those years there were proposed widening and avenues that demolish the colonial daiter by increasing commercial activity and long before the immigration waves. In 1861 the future  mayor Seeber (1889—1890)  refloated the project and, three decades later, Congress approved the works. The Consejo Deliberante Buenos Aires endorsed it in 1894, the plans were accepted in 1907 with the  Bouvard project , and Law 8855 of 1912 approved it for its realization. That first step, which did not consider how to finance it, aspired to expropriate 33 blocks from Paseo de Julio to Avenida Brasil on the north-south rivadaviano axis, and build a 33 meters wide avenue, with two side streets and “public and private buildings of characterized style and special architecture.rdquo; It appears for the first time in the Council discussions the two aspects of how to understand the avenue, whether from the functional aspect of traffic or from the urban beautification. Also, in a wider view, how the future city will be integrated, without observing the east-west integration, or how the central flow and neighborhoods is understood, which will be definitely mediated by the avenue. It also began to carve an ideological dichotomy, still in force, between the neighbor and the citizen, with the underlying discussion between neighborhood and the technocracy of the executive. 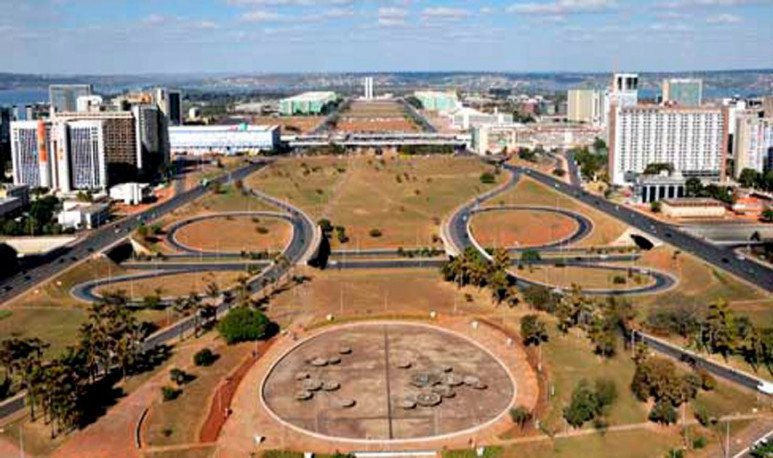 Mayor Anchorena   (1910-1914)  attempts to open it for the Centennial of Independence, and fails in the midst of allegations of corruption that also dragged the Deliberant Council in 1915. Another three decades would take place for the  mayor Mariano Vedia y Mitre (1932-1938),  a conservative appointed by the  president of the Infamous Justo Decade  , and close to nationalism, to return to the idea with aspects of landscape design present in the 1925 Plan Noel, the Creole modernity of the followers of the International Congresses of Modern Architecture, “Sun, space, trees, cement and steel”, and the projects of the socialist C. M. della Paolera. The last one was the municipality's first party since 1928 and dreamed of a runner in Buenos Aires that would link  La Plata with El Tigre. Thus he proposed a “major surgery” in the ejido with a width of 140 meters, which finally prevailed, and that would encourage regional development, not only the porteño. Something that did not impose itself.

The man wants the new

Despite the financial constraints of the 1930s and the opposition of the socialist and —outlawed - radical parties,  Vedia and Mitre  were carrying out an ambitious reform plan, which included a public works marathon such as Corrientes and Belgrano and Juan B. Justo Avenue, and that came together at the inauguration of the Obelisk in 1936, a moment of the celebrations for the 400 years of the city immortalized by  Horacio Coppola . But the real goal of the mayor, before their own and strangers, was to nail a flag of milestone 0 for 9 de Julio Avenue. And a modern Buenos Aires that was advancing on its past. This issue occurred in a record seven-month construction of the “widest avenue in the world”, where whole apples were knocked down in speedy forced expropriation trials. A great popular festival on October 12, 1937 marked its opening and that the  Justo government  highlighted “a great moral effect” on the population “Earthquake devastating” rated the newspapers and radios of the time, from La Vanguardia to La Nación and Radio El World although with the days tempered their criticisms. Halperín Donghi ponders these great public works lived under a “bewitched and ghostly” climate, not very different from  Raúl Scalabrini Ortiz  's “Man Who Is Alone and Waits” or “Man Wants the New” of  Roberto's feverish etchings Oh, Arlt . We'll be back to ghosts.

Seven blocks. 138 expropriations. 1500 workers. 240,000 cubic meters of land that are now under Costanera Norte Avenue. Dozens of jacarandas and drunken sticks were planted, and two underground beaches were designed, today a minibus terminal. Unmistakable buildings entered the past such as the San Nicolás church in Bari, where the Argentine flag was raised for the first time, the circus of the clown Frank Brown or the first Teatro del Pueblo, which left the legend “There is a lot to do on earth: hurry!” Soon one can see the inconvenience of the avenue in front of the traffic, as it formed a funnel, and from the influential, rationalist magazine “La Arquitectura Hoy” the construction of a highway on the current track, in one of the first of its kind in the city. Below they imagined an active commercial and social life, which partly solvent the municipal debt of 30 million pesos. None of this happened and during Peronism one advances towards Belgrano Avenue in the direction of popular urban planning of Plan Bonet (1948-1949). Only in the first half of the seventies it extends to Caseros to the South, and Santa Fe to the north, in the “gluttony of 9 de Julio Avenue” diagnosed Manuel Mujica Lainez. That it would increase during the military dictatorship with the highway plan in Constitution, which would only be concluded in the current Buenos Aires government, and Retiro, completed by the last mayor elected by the National Executive,  Jorge Domínguez (1994-1996)

This mayor of  President Menem  proposed to demolish the current building of the  Ministry of Social Development  , a classic picture of the city now even more with the images of  Eva Perón  , something that had already been projected by the initial municipal builders, the same ones who opened it in 1936, and the military in the 1970s, with a surreal Japanese initiative to move it “brick by brick” to a border area. It stands alone as a symbol of an Argentine project and its circumstances.

With the inauguration of  9 de Julio Avenue  a light of Buenos Aires life began to go out. It was the one between  the Silver Market (1856-1947 ), which would end up being the site of the large municipal building inaugurated in 1961, now in the process of conversion, and the  Carabelas passage . There playwrights and greengrocers, actresses and storekeepers, writers and fondists, wise and suiciders, mixed in a national stew of almost all artistic genres from the nineteen to the mid-forties. Between colorful stalls and smoking still lifes, these blocks were the second home of the centennial creollists, playwright  Florencio Sánchez , cartoonist  Cao or anarchist  Alberto Ghiraldo, and a friendly bridge between the Guardia Vieja and Nueva tangueros, in the twenty. For a reason the cut before Caravelas (1893) was Cut of Arts. Let's go on ghostbusters. The Volta Hotel was home to the greatest foreign artists such as Teresa Mariani or “La” Jacinta Pezzana.  Carlos Gardel  was a habitué of the “San Bernardo” of Spaniard Modesto Martínez, one of the few taverns among the majority Italian; as in the market although more intertwined with creoles immigrants from the provinces.  Hipólyto Yrigoyen,  who lived his final years in Sarmiento 944, appreciated the apples of the post of Louis Persian, also the favorite of his radical rival,  Marcelo T. of Alvear.

“Fernet for one, Curupaitian!” said the parishioners, recovering with malice the worst defeat in the War against Paraguay by the Argentinian armies led by Mitre, comparable according to experts to the unleashing of the military in the Malvinas War, “Martín —Cinzano - for two Mendes de Andés “, said the parishioners, and the parishioners in the Malvinas War.and explains in his memoirs  Silvestre Otazú,  “What would that be about Curupaií or Mendes de Andés? And I was far from suspecting that it was a saint and sign to warn the counter that the person who had placed the order was one of the market and that, therefore, he should not be dispatched adulterated drinks, or as it was said, berretines,” he comments jokingly about an origin of the term lunfardo.

“The manufacture of baskets gave him to live... his bohemian was authentic, although... he never knew the misery,” now reminds  Florencio Sánchez , who “had been afflicted with the cut. Surely there he wrote most of the plays he gave to the theater between 1903 and 1910... which is not little for a time when the theater had just come out with  Pepino on 88 — Pepé Podesta — of the pantomime stage... Florencio usually wrote on forms of the telegraph... at that time the paper for originals used in newspapers was obnoxious, and many journalists had become accustomed to providing themselves with the magnificent softly satin work used by the National Telegraph. So great was the looting and so difficult to avoid it, that the director of the Post and Telegraph was forced to print articles of the law on the back, thereby rendering it useless on that side, and writers and journalists had to return to the harsh and coarse role of the newspapers of the time,” he recalled Otazú, and closed with another anecdote by the bohemian writer, Antonio   Monteavaro  , where he was thrown out of Caras y Caretas  because in a story in the “Ochentón”, a still life of Sarmiento and Maipú where he ate with eighty cents in the ten, he finished off with an untimely, “Well, we're talking about nonsense, are we going to have a chopp?“Maybe we walk along those same paths, and some ghost revives in a spell  Adam Buenosayres , in the shadow of the Obelisk.

The secrets of Diagonal Norte, the avenue nominated as a Cultural Heritage of Humanity

Model struggle in the Argentine Congress of 1876