One of the Mothers of the Patria deserved more than an avenue in Puerto Madero. In 2020 a virtual educational plan revalued it. 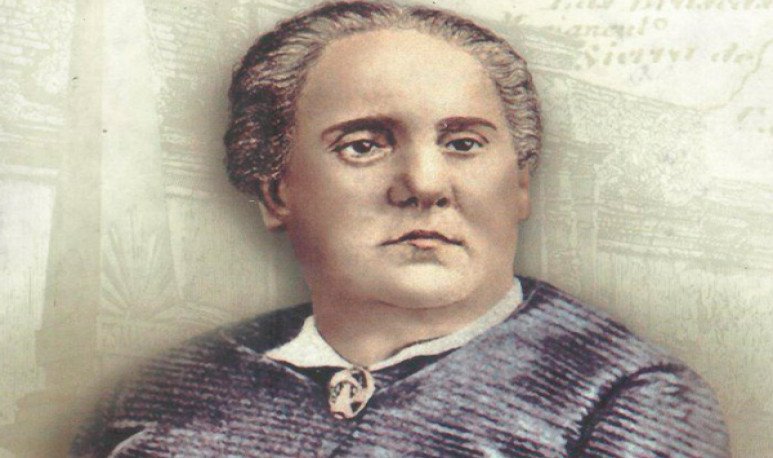 Sarmiento  asked about Juana Manso  , one of his best “men” during the presidency, “there is an institution in Buenos Aires to honor women. Why isn't the  Meek  in her bosom? Because it's ochre.” Ocher? Researcher Liliana Zuccotti rightly responds, “ochre, that is: fat, old, ugly, poor, Protestant. In saying of some, she only lacked being a woman.” Why is the silence about Juana that lasts almost 150 years after her death? Perhaps because she was the first brave to bring women's thinking to the public arena, before Alfonsina or Evita, that is, the first  political speaker with feminist agenda . Because, if in Manso's speeches he could request media for public libraries, along with revolutionary measures related to public education of excellence, in the background he burned an arsonist call to  female liberation.

“You say, the woman is vain, fickle, fake, loves rags, bright ones, you don't have to think about getting married because it is the ruin of man! And you rich, why don't you educate her enlightened, instead of raising her for brutal enjoyment? And you poor people, why are you awkwardly closing the sidewalk of industry and labor, and place it between the alternative of prostitution or misery?... Educate women according to the moral and intellectual needs of the human soul; educate yourself as a sensitive, intelligent and free soul,” signed an editorial in  El Albúm de Señoritas  in 1854, a risky publication of its own which received the reproach of  Buenos Aires . She returned to her  city after a forced exile of twenty years, touring and founding newspapers and schools in Uruguay, Brazil and Cuba, being a highly educated and independent woman. He was back poor, with two little daughters, single mother. She returned with the call of her friend  Sarmiento , both dazzled with American teaching methods, to make Juana the executor of  Sanjuanino's educational policy.

The education of the sovereign, the people

And it fulfilled, perhaps too much, even for the taste of the author of the  Facundo .  Meek  enjundiosa founded schools, the first mixed in the country in Monserrat, gave lectures to perfect teaching, wrote articles with the most advanced ideas in education, such as the implementation of kindergarten, and also earned.oacute; the time to publish books with an explicit libertarian message. In his novel  Civil Wars del Río de la Plata he notes in the prologue: “It is not my mind to revive the flame of extinct grudges, nor feed the pre-existence of party hatreds: but the intimate history of family events must not only be saved from oblivion, but used as a useful lesson of what matters to the dispossession of public freedoms and individual rights”. And also libertarians the publications dedicated to her beloved schools, author  Manso  of the first book of school history, which in an introduction to the new revised edition of 1881, states: “The teaching of homeland history constitutes one of the fundamental branches of all good education.Oacute; n popular; it is essential in the progress of civilization, being a necessity inherent in all races... The book of homeland history must therefore be the first reading book for schools, because it is the cornerstone of civism.” She had died for six years, alone and without a penny, urgently buried in the British cemetery after her body, after two days in the morgue, was rejected in Recoleta. A teacher of teachers who exclaimed to  Sarmiento  from a homeless  Chivilcoy  , a decade earlier: “You want the country plunged in ignorance to dominate it better.” In the portraits of the time, in an image that still survives, it looks like a transvestite Sarmiento. Juana is not forgiven.

An Argentinean of the 21st century

And it is not forgiven by the elites, the powerful ever, for the words of the calibre and righteousness of “What about us Argentines, with a City State for all national representation, City which is for the most part an aggregate of European colonies... and with good schools only to perpetuate ignorance, and with good schools only to perpetuate ignorance,Oacute, are we going? The continuity of race and the Republic? I don't think I don't. I think that when the laws of a country are not respected, its society is walking towards dissolution, and I think that glacial indifference to the fate of needy generations will be paid by the country someday. As until today it still supports the effects of anarchy, whose focus has not been able to extinguish 60 years of bloody history”, he signed when it was the  first woman  in the National School Commission, at the behest of Nicolás Avellaneda. We're still paying for “glacial indifference,” Juana.

The  Meek . Juana, the crazy woman, in 1867 furibunda predicted against her enemies: “The other triumph, which defies suffering and time, is to have had the courage to tell the truth, the whole truth. Socrates were rewarded with hemlock, Jesus with Calvary, Galileo, with bonfire, but they triumphed for ever. I'm from that school.”The best  argentinian school.