Home Argentine History Juana Azurduy: the story that was missing

Juana Azurduy: the story that was missing

She was one of the great solitary drivers of the war against the Spanish crown. Today, however, we know about her sequences of her life ignored for more than 200 years. 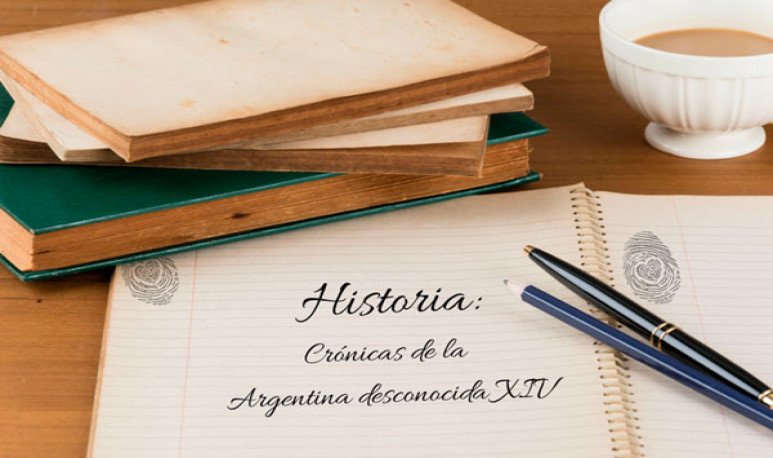 In   April 1810  , a very complex process had officially ended, which Bartolomé Mitre called the  “Guerrilla de las Republiquetas” . The truth is that it was an intense year of struggles between the royalists and the Creoles that did not have good results for anyone. However, those who claim that  Juana Azurduy  was the one who paved the way for the revolutionaries of the  Rio de la Plata do not lie. Yes, a woman born in  Bolivia . The same one who went into the fight with her husband's army, Comandante  Manuel Padilla , confronting the Spanish troops installed in  Salta .

Of mixed origin,  Juana managed to get the same position as her husband in the army , something that was unusual among women at that time. Daughter of a chola and a Spanish landowner, she ended up being famous for her actions in large areas of northern Argentina and the jungles of  Santa Cruz in Bolivia . He kept at bay the supporters of  Viceroy Cisneros  at least until the days of the  Cabildo  Open.

Despite the ups and downs, it was one of the factors that allowed the revolutionaries of Buenos Aires to build their own strategies. Thanks to the northern agitators, the   First Junta   did not see the need to deal with the great viceroyalty expanses that reached Peru.  Cisneros'  men were too frightened by the appearance of Joan. How could a  woman  end up beating them sword in hand, between the highlands of Chuquisaca? Who could think of it?

A year earlier, during the convulsed months following June 1809, Juana decided to return to  Bolivia . As he failed to get there because of the increasingly untenable political situation, he sent a series of letters to  Mariano Moreno  asking for help. Apparently, one of the letters to the members of the future First Junta spoke of a certain envoy from the Spanish kingdom, whose influence in Cadiz was still intact. This envoy of  Ferdinand VII , who claimed to be a Castilian friar, came to speak with Joan on the outskirts of  Santa Victoria . When he found her, he was able to confess that she came from the former convent of Saint Saturio, using a law of abbey immunity called the law of the mundeburdium. This legal figure came from the Middle Ages, but the  Vatican  had refloated it so that clerics could travel through the convulsed  New World  with “diplomatic immunity.” It was in force in the colonies since the end of the 18th century and lasted about fifty years.

The friar revealed in detail the existence of the King's plans and how things were now in Spain with Madrid in French hands.  “ Take care of Bolivia, madam and don't think about Buenos Aires, that the problem there is already solved,” she told Juana.

For this unfortunate phrase,  Juana Azurduy  recalled the disturbing arguments of the saavedrists who had tempted her at the other time. They had been negotiating with  Cisneros  for many months and that discouraged her. He could not help but think what the outcome of such agreements would be. The viceroy was the most dishonest man that the  Rio de la Plata  had ever seen. It should also be remembered that Juana had to take shelter in Salta when the thing got thick. The refugees who had used the same legal figure of the mundeburdium that the Castilian envoy had invoked were generally well-meaning priests. But little confidence would inspire him this.  Joan  herself had been offered protection from  Spain  more than once, in exchange for abandoning her ideals. Something like that showed her that the royalists could try to deceive her using any trick. On the other hand, the friar was too restless. Surely she was so afraid that, to save her skin in the face of the attacks of the northern army, she spoke once again with Joan and she again felt uncomfortable.

Now, paying attention to the suspicious movements of his guest, he thought that there was the solution to all his dilemmas. When the friar, after a few days of intense meetings, prepared to head from  Santa Victoria  to  Chile  via  Jujuy  , Juana waited for him near what is now the department of Iruya. That man was not alone, he was accompanied by  Cisneros 's minions.

History has not elucidated his true identity, but, from subsequent actions, it follows that he was looking for a victim in Jeanne. He'd be a hitman. He had to hand over the head of a “agitator”, who could surely appease the king's mood. “I don't want revolutionaries in Upper Peru,”   Fernando VII  said. Without knowing what was going on in Buenos Aires, it was probably Cisneros who received the message and looked for some peninsular mercenary. He needed fidelity and a Creole would not have been able to fulfill such an order. In addition, reconstructing his battered relationship with the Spanish sovereign by carrying the head of Joan or that of her husband to Cadiz, could become an excellent move for a viceroy as discredited as him.

But little could the supposed friar resist, when the investigations in the revolutionary detachment brought to light his true mission. Knowing that he was not a priest then, they immediately revoked the law of the mundeburdium, leaving him legally helpless. If the law only protected the clergy traveling through the viceroyalty, what could he say about hired killers? Absolutely nothing.

For  Juana , asking Fernando for a reward at this point for the  mercenary sent by Cisneros , did not make sense. Little could be worth it. It was only left to get the man some of the information he was hiding. The murderer had to speak and, following  Mariano Moreno 's advice, he had to be passed through the rifle like anyone suspected of acting against the revolution.

As expected, the man did not speak. He shouted  “long live the king of Spain”  and exposed himself to the impatience of the revolutionaries.
Joana, without her pulse shaking, carried out Moreno's orders. The execution was quick. During that sunny morning in April, blood splashed the faces of the soldiers. The mercenary sent by Cisneros died in an instant.

The reprisals against the hosts of  Joan  were excessive. Before the end of the year he had retreated to the mountains. He spent a lot of time fighting in the shadow. So much so that, the news of the week of May, they found her in the middle of the struggle, riding through  Upper Peru. The real image of Juana Azurduy (left) can be seen in the Salón de LoSE spejos in the Bolivian city of Padilla. It is noteworthy to note that it is far from the idealization coined on his figure, which developed in the 20th and 21st century (right). The various ideologies transformed her historically and iconically, in order to make her representative of new thoughts developed long after her death.

The controversial work of sculptor Andrés Zerneri is of his own inspiration. Because of the appearance of this version of Jeanne Azurduy, it would not be a reconstruction or a portrait of the revolutionary heroine. Area of influence during the wars against the royalists, in which Juana Azurduy and her husband participated. General Manuel Belgrano honored Juana Azurduy as the first woman to join the Argentine army, handing her her sword. By 1816, she was spoken of as a liberator. Equating it with the great fighters for the emancipation of the continent Santa Victoria, Salta, on the border with Bolivia to the north and Jujuy to the west. It may have been here that the drama between Jeanne Azurduy and the fake friar took place. The convent of San Saturio de Soria is located in the Spanish region of Castile. The false friar claimed to have come from that area, using the Abbey Diplomatic Immunity Act promulgated by Pius VI in 1780.