Defender of native peoples, this European was the highest exponent of Mapuche culture in Neuquén. 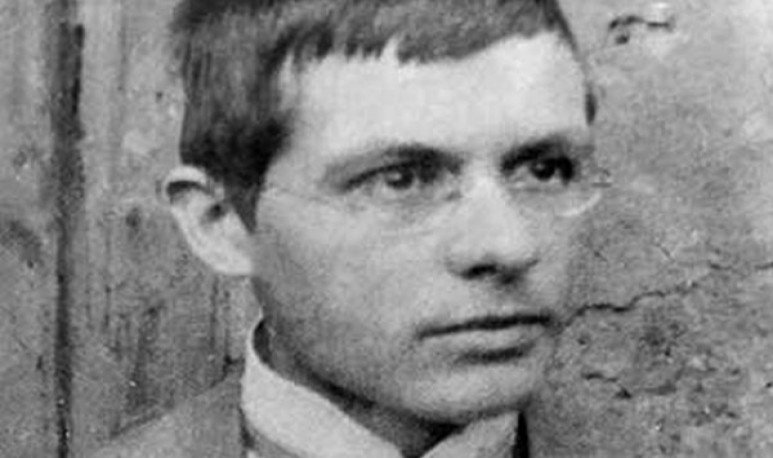 Juan Benigar's story could fit perfectly into an epic film. The Slovenian was a  staunch defender and scholar of the  Mapuche people    and, until now, they know more accurate scientific research than their own. The importance of Benigar's figure for the  Mapuche  people was such that  he was known as El Cacique Blanco

Ivan (John, in Spanish) was born in Zagreb, capital of the Republic of Croatia, on a day close to Christmas 1883. Despite coming to the world in this  city, Benigar's nationality is Slovenian , as it was defined according to  blood ties and his parents came from Slovenia. Despite the economic debacle and political chaos of the countries belonging to  Eastern Europe , they were considered  for their high academic level . The Benigar family was relatively well known in the university environment and Juan was inclined to civil engineering in Austria. He was also a scholar of philology and dominated

At the age of 25 he was able to  speak fourteen languages , including Sanskrit, Greek, Latin, Croatian, Slovenian, Bulgarian, Russian, Czech, Slovak, German, English, Italian and French.  At that age, Benigar suddenly left Europe and embarked on the road to  Argentina. The news was surprising for the family, but he was always convinced that  he fulfilled the fate to which he felt called . The prophecy was related to the words of a German text that claimed  that the natives of America, suffering from various diseases, many of them caused by the way of living of white, would be extinct . This reading, as Benigar himself clarified, causes him  anger and helplessness and swears to do something in defense of the Aboriginal people.

As soon as he arrived at the port of Buenos Aires,  he immediately went to the former Colonia Lucinda (now Cipolletti).

In the rionegrina city, Benigar settled for just over a year. There he began with his first approaches to the Mapuche ancestral culture. However,  his life would give a 180 degree return when he embarked on a trip to Colonia Catriel . He traveled to this place on foot and there he met Eufemia Barraza Sheypuquin, who became his first wife.   Benigar had fifteen children and all were initiated in the Araucana language and culture.   Due to his knowledge of hydraulics, it was he who  drew the first irrigation channels in the town  of Colonia Catriel to favor agriculture, working hard with spike and shovel.

He always fought in the  defense of the original peoples. He did so through writings, exoduses and litigation.   He was in such a way consubstantial with the Mapuche worldview that  his research on this culture is considered to have not yet been surpassed  . He collaborated in the newspapers  La Voz del Territorio and   Neuquén  directed respectively by Martín Etcheluz and the Chaneton family

Once he moved to  Aluminé  courtesy of the writer Félix San Martín,  he created the SHEYPUQUIN home textile industry in 1933.   In this he applied the use of hydraulic energy, with straps made of leather. His  dream never realized, was to form a family cooperative to give occupation to 100 indigenous families.

There he completed his  important and numerous literary work, which he undertook taking hours of his rest given his need to perform rural and regional loom work  . Between 1924 and 1929 he published the following  papers in the newsletters of the American History and Numismatics Board, now the National Academy of History:  a) The concept of time among the Araucans; b) The concept of space between the Araucans; e) The concept of causality among the Araucans; and a critical study on the work of Tomás Falkner: Description of Patagonia, in the publication “Bibos” in the city of Azul (Buenos Aires Province) Calvary of a tribe, (social study). In  La Voz del Territorio , edited in Zapala: Chinese and Japanese in America. He also independently published:  The problem of the American man.

Quote from your friend Felix

Felix San Martín constituted  one of the few intellectual, institutional and even economic support  that Benigar received directly, through him and other intellectuals with whom he will be related, mainly through a large correspondence, will contact bibliography close to your areas of interest

This writer, on the occasion of presenting Juan Benigar's works before the American History and Numismatics Board, on September 27, 1924,  expressed with admiration :

With a detachment that exalts him, he has been communicating to me his  findings in the vast field of his investigations,  forcing me to be the depositary of a treasury of such value that it already weighs too much for my responsibility. But if the work of this tireless worker is worth the fruits that science will collect from it, it also has a very special significance because of the conditions in which it is realized: only a higher spirit could have accepted life in the way that Benigar lives his own.   Struggling with misery in a hostile environment , without any external stimulus, unknown even by its countrymen, has been accumulating, patiently and intelligently in more than fifteen years of  silent and tensonic work , a huge scientific material. I don't know what to admire more, whether his orprendent ability for this kind of studies, or his strong moral being.

The Argentine granddaughter of Napoleon

First Foundation of Buenos Aires: of greed and anguish