Biographical notes of the speaker and politician, but mainly a teacher who educated several generations of Argentines. 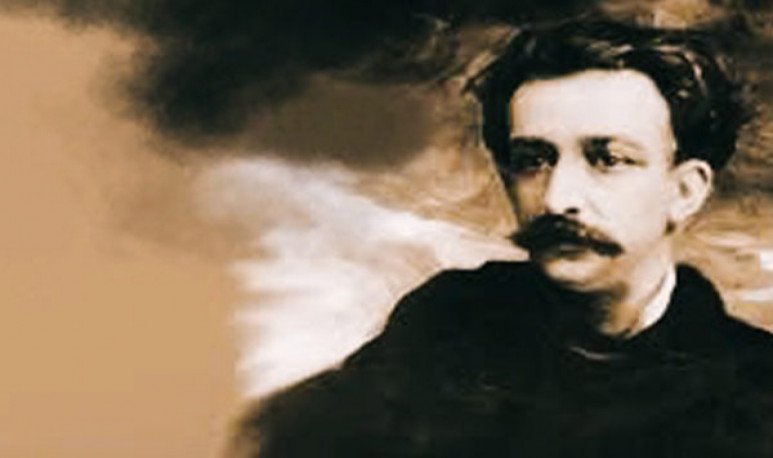 In  Argentina  , on September 17,  Professor's Day  is celebrated in honor of the death in Asunción of  José Manuel Estrada  in 1894. An irony of fatal fate with a man who shared the love of education with  Sarmiento  even if he were his staunch enemy, in discussions over the law of secular primary education. The serene afternoon of Asunción welcomed two examples of the Argentine classrooms, which were confronted in 1880, and at the same time, coinciding ten years ago that agricultural colonization and popular education was the formula to find the balance between “morality and democracy in the face of spawn liberal of a campaign subjected to vile materialism” Contemporary words to his history classes in the classrooms of the  Normal School of Buenos Aires . Classes that had changed forever the European programs that imposed themselves, “to study large groups of events —of our people-, the analysis of various social states traveled by the Republic, from the discovery to the present day, the spirit that preceded it and the consequences they have entailed; studying said the development of ideas, principles and public wealth, ending with the examination of current affairs and the presentiment of the future”, announced Estrada, who would later reject the texts at the  National College of Buenos Aires  Americans who imposed  Sarmiento and Avellaneda . If  Juana Manso  promoted the education of Argentine history at the primary level,  José Manuel Estrada  was fundamental with “Lessons in History of the Argentine Republic” (1868). He introduced a different look, without big names or heroic battles, but taking into account social processes and the lives of ordinary people. Without being recognized in local historiography that text, a compilation of master classes,  Estrada  never wrote a book, was the pillar of secondary education for decades. The same with their classes in law and political science at the university, and that they were the subject of hundreds of studies until the end of the nine hundred. On the other hand,  Estrada  does not appear as a true precursor of Argentine political science.

He was one of the first historians to understand  Juan Manuel de Rosas  in his time, with his difficulties and mistakes, in his authoritarianism, although without riveting with the “tyrant” of Caseros's winning gaze. These positions, which took him away from  Mitre , the president who had praised him very young, “  Estrada is a thinker,” would be the first distancing with  the eighties generation, which would reach its zenith in the debates against the liberal laws of the roquism.

“Liberals (and Dr.  Wilde  with them, Minister de Roca) have an error in taking apostasy, which involved the separation of the State and the Church, as if it were an emancipation, they believe that by discarding faith, they enter into the fullness of freedom,” wrote in the press aboutbefore  President Roca  exonerated him as rector of the Buenos Aires National College. The following year he lost his chair of law at the University of Buenos Aires. Around 1884 he began a fierce opposition in his role as president of the  Argentine Catholic Association  and deputy of the ephemeral Catholic Union, with a campaign closure at the National Theatre that bothered liberal conservatives because, sacrilege!, compared Roca to Rosas, “Don  Juan Manuel de Rosas  was an embodied passion... there would be, however, the terrible greatness of the beasts. Today we are hit by reptiles. But these reptiles bring more ignoble passions,” he sentences against many of his former comrades of the Literary Circle he founded in 1860, and which was a beacon of national thought without flags, like the first era of his Revista Argentina.

A reformist at the crossroads of a young nation

The figure of  Estrada is often observed, beyond the cult of the professor that just started in the first decades of the 20th century, an exponent of retrograde sectors linked to Catholicism; in fact, a hostile “apostle of Christ” for some. The political action before the death fully corroborate this image, “liberalism strives to rule them regardless of God or contrary to His law... that is the flag of tyranny!” However, following the trajectory of  Estrada  turns out to entangle the history of the patrician families of the middle of the 20th century, not very different from the Mansilla. In fact, that literary circle was founded together with Lucio V. Mansilla, the gentleman writer of “An excursion to the indians ranquels”, and other illustrious porteños such as his brothers, for example, Angel, founder of the Argentine publishing company. Or who would be his rivals twenty years later signing the impeachment of his beloved teaching posts, for example Eduardo Wilde. The motto of the Circle of Estrada, designed to “stimulate the youth of Buenos Aires, was “literature unites”, a maxim he had coined in his early years as a notable journalist in “La Garnalda”.

Raised with the heritage of colonial times by the daughter of  Viceroy Santiago de Liniers , Carmen, was his first master Manuel Pintos, patriot of the Revolution, whom  Estrada himself remembered “holy old man, whose soul bathed by the most sublime and Christian philosophy...full of republican duty... tell me about the motherland full of optimism” Lasting will be the impact on the educator because his first actions were the defense of the compatibility between democracy and Catholicism, and the unmeasured love for a new story settled in an American gaze. There his original work on the nascent Paraguayan democracy in the eighteenth century municipalities. Of course he was not sympathetic in the times of the  War against Paraguay,  who supported like many of his fervent friends patricios porteños, and finally declared that “what the saber mutilates, nothing regenerates” He then collaborated in the governments of   Sarmiento  and  Avellaneda   , and both presidents entrusted him with functions for the; bicas in education. He never neglected teaching, his cloisters, his students, as he said in a late 1882 to whom he would send him a year later, “my dear Eduardo-Wilde- you know that my presence in front of the National School is a series of sacrifices. Four political positions (three of them very high) have rejected for not leaving office, which I consider to be a good deed... longing, first of all, to serve my country in youth education,” concludes who was still a champion of young people with more than twenty years of teaching career. On the day he was kicked out, the students took  Estrada  to his home as a hero. He didn't need to kill brothers or warlords for that. He was the hero of the chalk and the blackboard.

“ José Manuel Estrada  encouraged students to incline to study... he gathered us in one of the largest halls of the Colegio —National- to make us listen to his word of teacher and moralist... the theme was the tyranny of Roses... that night he made us tremble and vibrate like shaken by an electric current,” recalled Martín García Mérou. Another privileged spectator of these master classes, which undoubtedly formed political and intellectual cadres of young Argentina, was  Paul Groussac . In his “Those who passed” he recognized at a distance that “although I did not fully understand, in my years as a student, it was thanks to  Estrada  that I loved the story” The same  Groussac  admires that without having the “doctoral tassels”,  Estrada  never obtained a university degree, surpassed in “philosophical horizon and vigor of thought” any other professor. He even played a decisive role in the course of his successor at the university,  Dr. Aristobulo del Valle , in teaching the constitution from a historical perspective from Colonia to Pavón, and not in the manner of a succession of laws, without reference to the struggles of a people. And despite being a recalcitrant opponent of  Mitre,  he brought Catholics closer to the Civic Union of the  Revolution of 1890,  the germ of  radicalism  , and collaborated on the new plans of secondary education promoted by  Carlos Pellegrini  . His days end as plenipotentiary minister in  Paraguay  after rejecting a “high” offer from the transitional government of     Luis Saenz Peña ,  whom he had incorporated into his “stimulating” literary circle of 1864. He also closes a circle that had begun driven by the same conservatives, then execrated, and now included him again among his leading men.  Estrada  was one of them despite the differences, master of the soul of several, but also a skilled politician who had organized behind his back to the Argentine church. Not only did it modernize thought, but it expanded and strengthened Catholicism, in its social and educational programs. The public action of  Estrada  caused the confessional schools to flourish after the historic Argentine Catholic Congress of 1884. More than an anachronistic “apostle of Christ”, he was  a true reformist , the son of a generation that envisioned Argentina.  Professor Estrada  was an architect of important changes in society under the faith of the Argentine State, as he had done in the Buenos Aires culture of 1860 with newspapers and magazines, or in secondary and higher education from rectorials and professorships.

Groussac  aspired in his obituary towards a man, “dead still young, before giving his measure”, that  Estrada  , “whatever the fate of his work, would leave within his people, thanks to his disciples, a name to resist.to oblivion... - as the poet Horacio-  Non omnis moriar  - I will not die altogether - “concluded a beloved disciple, that French intellectual based in the country who modernized the  National Library . With that appointment in Latin ended the lightning classes of this  great Argentinian educator, teacher of teachers . As long as there is a teacher who lights the souls of his students from Ushuaia to La Quiaca, the spirit of  Estrada  will live in the  Argentine classrooms.