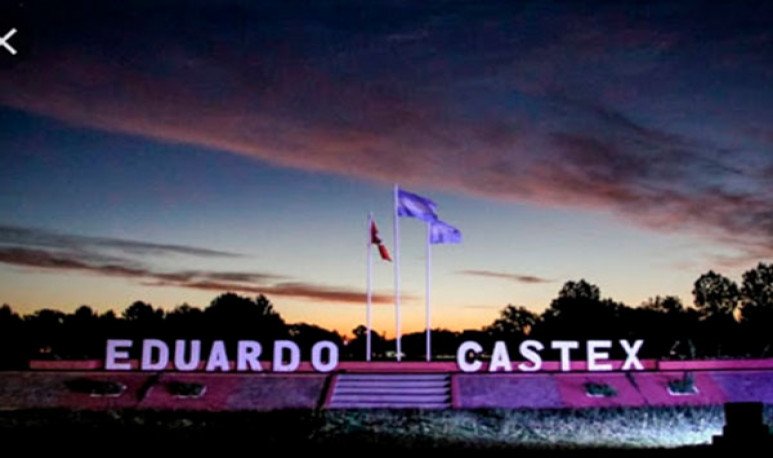 Simple and friendly village, nestled in the province of  La Pampa , this Sunday celebrates its first 112 years the city of Eduardo Castex — formerly Colonia Castex. Land of poets, bandits and farmers, the village began to build its rich history at the dawn of the 20th century.

Its name is due to the owner of these lands, a surveyor born in Buenos Aires who auctioned the property to give way to the town and, on September 20, 1908, its foundation was institutionalized.  Today,  the remains of Eduardo Castex, and those of his wife rest in the Work Monument located in one of the main arteries of the city.

The year after the official foundation of the village, the Civil Registry, the Magistrate's Court and the first school were built.

Eduardo Castex is considered the provincial capital of wheat and there, every year, in the last week of January, the National Festival of Wheat and Bread is held, a great celebration that attracts people from all over the country and especially residents of Pampean towns, who seek to be crowned in the trigueras to participate in the national tournament in Leones, Cordoba.

The tastings of artisanal bread by local producers, the choice of the queen and the performance of national artists are a classic of the festival.

Rural bandits, hard to catch them

The lyrics refer to  Juan Bautista Vairoleto (or Bairoletto), a rural bandit who was born in Santa Fe, but raised in the town of Pampa . The words were told by Commissioner Elias Farach, with whom he had a dispute for the love of a woman.

The first crimes of the legendary bandits were in Eduardo Castex and one of his victims was the policeman. “Before he went to the bowling alley, to see the guy. With a Belgian 450, revolver in hand, he punched his neck and left him lying there,” and fulfilled Farach's request to leave the village.

Vairoletto's life ended in Mendoza after the betrayal of Vicente Gascón, who sold him to the police for a reward. Locked up by the security forces, he shot himself. Gascon, on the other hand, was killed by Vairoleto sympathizers in  General Pico .

One of the great attractions of Castex is  the Prehistoric Theme Park “Livio M. Curto”  —in honor of the then mayor who promoted the initiative—.

This is a unique site in  La Pampa , where there are real size replicas of different  dinosaurs  made by local artist Jorge Fortunsky. The property has 8 hectares of forested land, and has toilets and rest places. Another place to visit if you arrive in Eduardo Castex is the Cu-Cú Clock, considered one of the largest in Latin America.

The history of the village can be relived in the halls of the Juan Ricardo Nervi Municipal Historical Museum, which owes its name to the poet, journalist, researcher and educator, born and raised in the city.